Review: YAKUZA 6: The Song of Life

After a successful port to the PlayStation 4 of the excellent Yakuza 0 and Yakuza Kiwami, recently reviewed on our site, the Yakuza franchise is back for its ultimate and final episode, supposed to put an end to the Kiryu Kazuma saga. Released back at the end of 2016 in Japan only, the game is finally available in the West thanks to SEGA, with numerous localization updates and changed for our region. Is this the final chapter the series deserve?

If you are reading this review, you are probably familiar with the Yakuza series. For the brave few who would like to start straight away with Yakuza 6, here’s a short summary of what happened so far. In the Yakuza games, you follow the adventures of probably the classiest and most badass of all yakuzas, named Kiryu Kazuma. When he does not kick ass and beat goons, Kiryu takes care of his adoptive niece, Haruka Sawamura. I will not dwell on her story, to avoid any major spoilers, but I will just say that numerous people wanted to see her dead throughout the series.

Yakuza 6 starts right where the 5th game ends. Kiryu is in a bad state and Haruka decides to leave her dream job of being a pop idol to return the orphanage she opened with our favorite Yakuza. Unfortunately, not everything goes as planned, with Kiryu sentenced to 3 years in prison for his actions as a yakuza. At the same time, stalkers start attacking Haruka and the orphanage where she is living a peaceful life, mainly because her choice to no longer be an Idol is much more difficult to assume, with heavy harassment in the media and on social networks. Haruka decides to flee the region to avoid bringing her problems to the orphanage. Three years later, when Kiryu is finally released from prison, he discovered that Haruka is in a coma after a car accident, and that she gave birth a year ago to a baby boy named Haruto.

This 6th episode of the Yakuza franchise is a heavy load of emotions. You’ll be dealing as mentioned with subjects as sensitive as that of young teen moms, but also a Kiryu that cannot relax, as he needs to fight against the Chinese mafias and Korean, while improvising his skills a newfound adoptive father to Haruto. If the storyline may seem absurd, it’s because it is, but that’s the beauty of the Yakuza franchise and their insane plots! Faithful to Japanese crime movie influences, with its effective dialogues, its controlled sets and a gameplay of a rare quality in video game productions, the story of Yakuza 6 is a beautifully rendered one. The Dragon Engine, specially built for this episode, does a great job at transcribing the emotions and details on each of the protagonist’s faces. However, I’m slightly disappointed by the rigidity of characters in some scenes, especially when you start comparing them to other Japanese productions that are close to lifelike such as the recent Final Fantasy XV.

The Yakuza series is not only famous for its storyline, but also for its fighting system that is inspired by street fighter games and other beat’em all. Kiryu will not hesitate if necessary to take on three or even ten opponents at the same time, with a facelift of its fighting system and camera features which were one of the weak points of the saga. Much less capricious than in the past, it now features the typical mixtures of quick and heavy attacks, with grabs and new contextual actions such as crushing an opponent’s head against a wall. Unlike previous versions, there is no loading time when you take part of a fight, a transition takes place naturally and instantaneously. Passers-by gathers around you and your opponents to create a makeshift street fighting arena. Chain the basics with the square button and finish your opponents with powerful shots by pressing the triangle button. The fighting is enjoyable and, although there is only one fighting style, it is rare to feel that Kiryu is overpowered in front of enemies. In addition, any object within range can be used to defend you whether it is a bike, a traffic cone or even a beggar sleeping in the street. While it’s definitely not the rigid battles of the previous games, there’s still a lack of fluidity at times where other games like Sleeping Dogs managed to shine.

On the front of side activities, few titles are as generous as Yakuza 6. The amount of sidequests available is simply breathtaking and the storyline behind them are sometimes hilarious but can be emotional as well. These quests involve things like managing a cat cafe (which I probably wasted too much of my time in), or just simply have fun in one of the Kamurocho arcades. The latter has a fine list of Arcade versions games such as Space Harrier, OutRun, Puyo Puyo and even Virtua Fighter 5 which are all playable as two players! For those wishing for something more “mature”, then you can always go out with hostesses saga, or even play a new minigame which is a live chat app with real women ready to get naughty.

Finally, how can I finish this review without speaking of the way Kabukicho and Hiroshima were reproduced in the game. Yakuza 6 is a beautiful love letter to Japan and all its peculiarities that make it a country as intriguing as it is charming. The sounds, conversations, billboards, bright neon and the architecture of buildings are just amazingly redone in the game. The environments are finally at its best and every little change is appreciated at its true value, offering much more freedom than previous episodes, and you will take a pleasure to get lost in the streets and alleys of these two cities, even if there’s rare invisible walls in some parts. The majority of stalls and shops are accessible without loading time, helping deeply with the immersion, and you can simply order food, or play a little bit and then resume the course of your core activities.

YAKUZA 6: The Song of Life was reviewed using a PlayStation 4 digital download code of the game provided by SEGA. The game was previously only available in Japan, released on the 8th of December 2016. We don’t discuss review scores with publishers or developers prior to the review being published (click here for more information about our review policy).

• A great script with some deep plots
• Visually the best-looking Yakuza game
• Solid experience system
• A great soundtrack and voiceover acting
• Tons of side activities.
• A hint of open-world environments in comparison to previous games

• Combat was more solid in Yakuza 0
• Some important characters are merely mentioned
• Still some random invisible walls and areas blocked.

The most beautiful experience in the series, YAKUZA 6: The Song of Life is great way to close the Kiryu's story in style, with a fun and long adventure, full of content and side activities. Even if you didn't play the previous games, you shouldn't miss this goofy yet also mature and serious game. 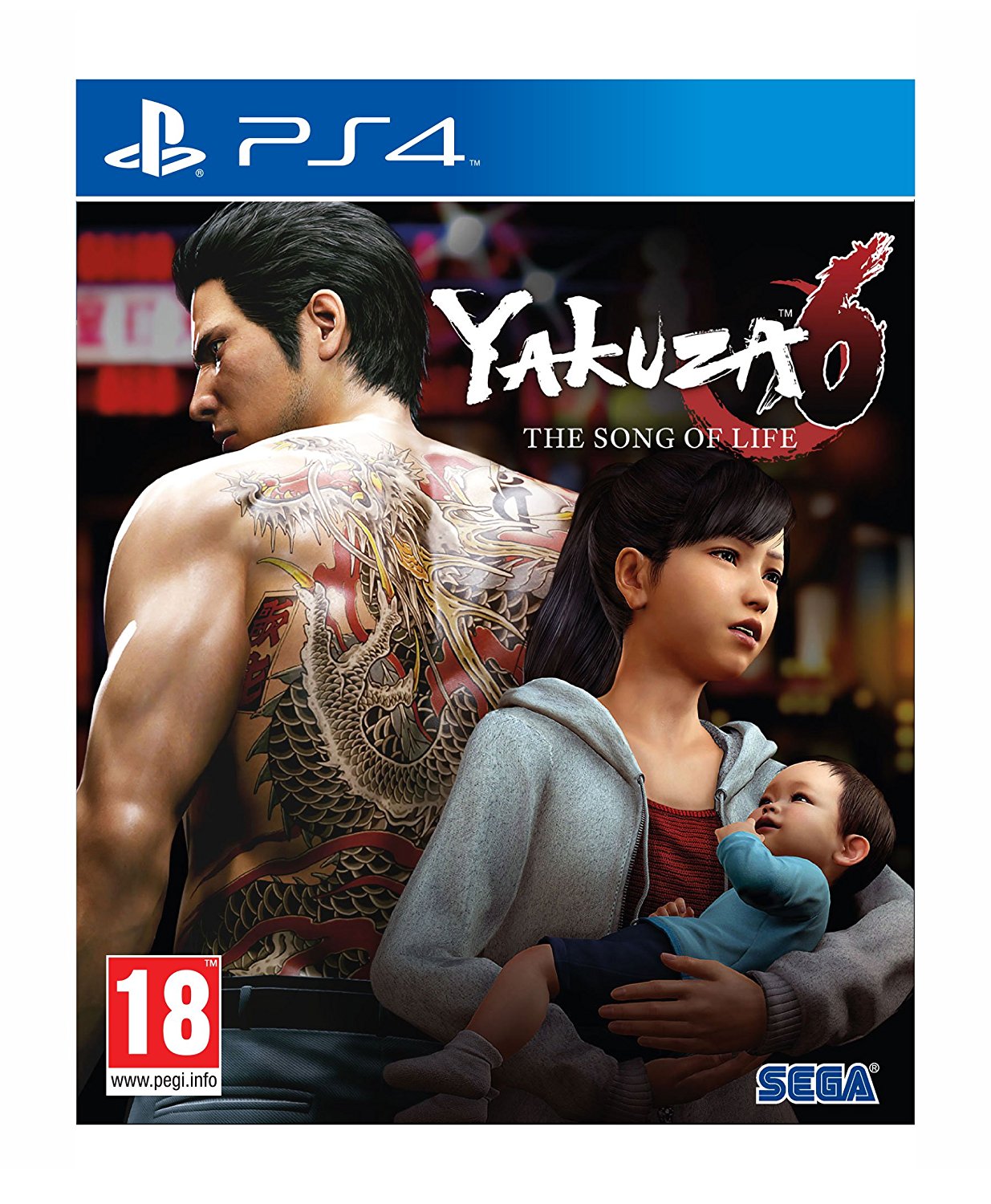