Out of all the world’s criminal organizations, the Yakuza is definitely one of the most fascinating. It’s very organized, and while it’s frowned upon by Japan’s strongly conservative society, some of the larger organizations have been known to provide charity and even relief in times of disaster. Yakuza stand out partially because of their adherence to a strict code of conduct, but they’re also notable for their elaborate ink. Funnily, Yakuza themselves like the term ninkyo dantai, which means chivalrous organizations, while police insist on calling them borkyokudan, which means ‘violent groups’.

The reason I bring up this little history lesson is that Sega’s hit Yakuza series has always focused on crafting deep crime stories that show the Yakuza as men of brutality and violence, but also men of remarkable courage and unflinching honor. While at first glance Yakuza looks like a Japanese GTA, it’s so much more than that, as it’s much more focused on character development. Additionally, the side quest system, while somewhat grindy, is much deeper, and you can find yourself really getting lost in it.

Speaking of getting lost, Yakuza has been going on for a while now, so the latest title, Yakuza.0, offers newcomers a chance to get in on the ground floor with a fresh prequel. Additionally, Yakuza 0 is set during the 80’s boom years, when Tokyo was metamorphosing into the glimmering metropolis we know it as today, and its less scrupulous residents were getting in on the action and lining their pockets. Yakuza 0 really does an amazing job bringing 80’s Tokyo to life, and you can really feel the vibrancy of the city pulsing through the neon and the blaring rock music.

Of course, Yakuza games are known for their lengthy, dramatic narratives, and this particular story takes you through the struggles of two Yakuza members who have hit a bit of a rough patch: Kazuma Kiryu and Goro Majima. They’re caught up in a conspiracy and set out to clear their names and save their necks.

Kiryu is your run of the mill stoic bad-ass, and I liked that he’s more of an anti-hero. He’s tough, no-nonsense, and kind of a jerk. Majima, on the other hand, is a seemingly evil bastard with an eye patch who turns out to be a stand-up guy. The characters are caught up in a number of moral dilemmas as part of their criminal lives, and they often wonder what the point of it all is. This is where Yakuza really sets itself apart from other sandbox games: it has a ton of cutscenes. Seriously, buckle up, it’s nearly Metal Gear-esque. They’re skippable – thank the dickens – but you eventually get really invested in the story and you end up just sitting through them. I’d say it gets off to a slow start but the game’s story really builds up around an hour in when the characters start realizing they may have been set up.

Another great aspect of the Yakuza games has always been their combat. Given Japan’s strict gun control laws, the course of action for a lot of outlaws has always been to beat an adversary like a rented mule, and Yakuza manages to really deliver that feeling of raw, brutal street brawls. The fighting is dynamic and forceful, although it could use a lot more finesse. The combo system is elaborate, and finishers have a ton of cool animations, complete with cracking and crunching. As your combo meter fills up, you glow different colors, so you basically end up being a literal street fighter.

The game’s not just about bashing dudes’ skulls in however – Yakuza games have sidequests that would put an MMO to shame. You manage businesses in the game, and you really need to put some back into it to make a business take off, so the game really does make you feel like a street hustler trying to squeeze every last yen out of the Tokyo boom. I actually found myself getting invested in the sidequests to a ridiculous degree towards the end.

But the main attraction, once again, is the story. And the story goes completely off the rails and has you slack-jawed towards the end. Yakuza games have been known for their bombastic finales, and Yakuza 0 is no exception. The ending brings a ton of threads together in a remarkable way, and I think fans of the series will appreciate it even more.

Yakuza 0 was reviewed using a PlayStation 4 digital code of the game provided by SEGA. The game was originally released only in Japan on PlayStation 3 in 2015. We don’t discuss review scores with publishers or developers prior to the review being published.

A great intro to the series for newcomers and another solid installment for fans, Yakuza 0 offers a hard-hitting pulp story about rising to power in the glamour of 80’s Tokyo. Whether you’re street brawling with some drunken thugs or managing your business like a boss, Yakuza will make you feel like a tatted up Japanese gangster. 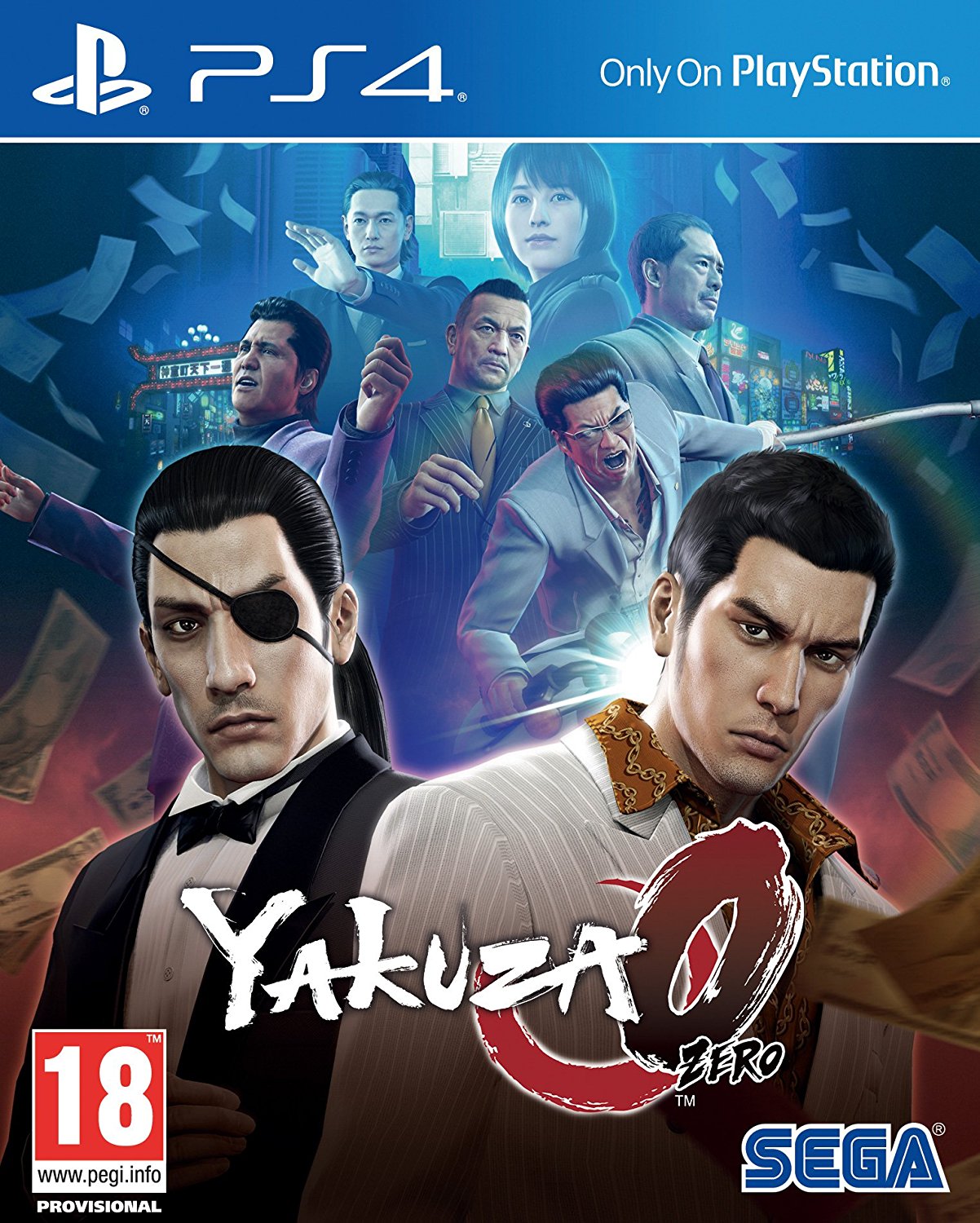