Review: XCOM 2: War of the Chosen

Ah XCOM. One of my favorite strategy game after the Civilization series, Firaxis’ hit turn-based title redefined a lot of the genre after the release of XCOM 2 (which we reviewed back in 2016). While most of us were left wanting more, even after the couple of small DLC releases including Anarchy’s Children, Alien Hunters and Shen’s Last Gift, the Take-Two owned developer wanted to create something so big rightfully name it an expansion pack. And so here’s XCOM 2: War of the Chosen.

To start with, I should say that XCOM 2: War of the Chosen is a pretty pricey priced DLC, asking for $39.99 to get an additional 10 hours of additional gameplay… Nevertheless, we’re not talking about DLC that just adds two random mission and extra skirmish maps, because this expansion pack is almost an entire game in a sense (thus two third of the price of a new game).

In XCOM 2: War of the Chosen, the aliens are pretty much sick and tired of their defeat against the XCOM team for the past years in their attempt to conquer earth, and so decided to call the big guns. The Ancients (the elite of the extraterrestrial race) call upon the Chosen, the best of the best of their combat warriors, three intelligent and skilled Aliens equipped with almost god-like abilities, ready to finish the job. Because fighting Advent forces wasn’t enough for humanity, the Chosens will come and alter the course of your campaign in their own way, like the Assassin that can kidnap your soldiers, is stealthy and mastered close-combat skills. Another threat is the Warlock which is the ultimate psionic and finally the Hunter, a long range shooter.

These Chosen though are not always there in missions, but they can appear randomly, which make every attempt at a mission a gamble. Obviously, this adds extra pressure and tension, because a Chosen one can clearly turn the situation against, even after a perfectly run first set. Thankfully, after a long series of missions, you’ll end up tracking them down one by one and get potential revenge on those many failed missions.

To focus on he Chosen would be unfair, as more traditional enemies and grunts were added to the Advents. In the roster is now four new enemy types, including the Lost (sort of zombies like humanoids) that are attracted by loud noise and roam in swarms, or the Purifier equipped with large scale area of attack flamethrower and sometime explode when killed. On top those is the Priest which can mind control and buff its allies, or finally the Specter with life-leeching attacks and stealth capabilities.

All these changes in enemy playstyle has made it possible to introduce new varieties in environments and vistas. If most of the original XCOM 2 is focused on futuristic or even rural settings, War of the Chosen gives us more traditionally designed cities, something along the like of those abandoned by humans during the first wave of invasion 20 years ago. There is though something that bugs me in a game that wants us to fly around the world to save everyone, which is the lack of overall variety in level design. Don’t get me wrong, the levels are perfectly structured, giving you well though out battle arenas where player can make use of all its elements for its tactics. The issue is more like the impression that the place you are fighting in has no personality, and whether you are fighting in South America, Africa or even Eastern Europe, levels are staged almost the same way, as if all these areas don’t have a visual identity of their own. I get that most of the areas have been isolated for 20 years because of the Alien invasion, but there’s still clearly going to be a visual difference between abandoned cities, suburbs and shanty towns from different continents and countries.

Humans are far from being overwhelmed by the situation and we can now count on three new factions of resistance fighters (who are not the kind to play well with each others). XCOM 2: War of the Chosen introduces the Reapers, Skirmishers and the Templars as the answer to those Elite aliens. Like the latter, they have their own set of skills that makes them so unique. The Skirmishers, for example, are former aliens who have rebelled against the Elders or the Templars led by the first ever Psionic human user.

Finally, XCOM 2: War of the Chosen also brings gameplay improvements of all kinds, to such an extent that it would be difficult to make a complete list of them. On the management side of your base for example, you will now have the opportunity to carry out unique and timed research, which you’ll have to either skip or invest into it, or you’ll risk never be able to get them again. There’s also a wide range of secret missions that the resistant networks will ask you to perform and that will force you to change your gambling habits (Either by difficulty, or by demanding certain types of agents with special skills). In short, much better at all levels for a high quality expansion and lengthens the lifespan of the game appropriately… Well if it wasn’t for the AI which can be smart at time, but sometimes takes questionable strategic decisions.

XCOM 2: War of the Chosen was reviewed using an PC downloadable copy of the game provided by 2K Games. The game was tested on a PC running Windows 10 Pro, with a 4GB NVIDIA Geforce GTX 960 fitted on a 5th Generation Intel i7 4720HQ 3.2Ghz CPU and topped with 16GB of RAM. XCOM 2: War of the Chosen is also available on PlayStation 4 and Xbox One via digital and retail releases. We don’t discuss review scores with publishers or developers prior to the review being published.

XCOM 2: War of the Chosen is such a large expansion that it feels almost like a game of its own. If adding a little more than 10-15 hours of game time, new settings, enemies, missions and allies, it's the little improvements done to the core that makes this a true strategy delight for XCOM fans.

Review: XCOM 2
Be the first to comment!
Leave a reply » 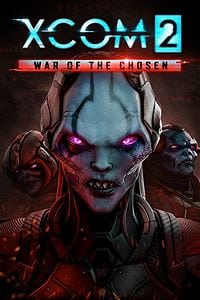