Like every year at the same time, the 2K Sports team launch its annual licensed WWE game on console, and for the first time simultaneously on PC. While promising some new changes and additions to the core game, will it be enough to feel like Yuke’s Visual Concepts is different from previous years or not? Well, If you were expecting for dramatic changes in gameplay mechanics, then I’m sad to drop the bomb so quickly on you: WWE 2K18 is a game as close to WWE 2K17. And so, for the premise of this review, we’ll focus mainly on major changes between last year’s version, the game mode changes, but mostly the technical aspect in terms of graphic performance and gameplay. If you want more in-depth details about the rest of the game, then check out my review of WWE 2K17 from last year.

During the announcement of WWE 2K18, the publisher had great promises of going all forward with a heavy implementation to fresh new changes to the graphic engine. Aiming to rework many key wrestler faces and body scans, the team has truly worked hard on that front. With the enhanced lighting engine, the presentation is almost as close as the real life televised show, with different WWE superstars clearly showing enhanced facial animations, believable muscle movements, as well as more noticeable details on their clothing elements (or the lack of for some). In general, WWE 2K18 is the most technically advanced WWE game since they picked up the licence from the debris of fallen THQ.

One of the major novelties of this episode in terms of gameplay is now the possibility of having up to eight wrestlers in the ring at the same time. This allows for example to have more superstars fighting during the chaotic Royal Rumble, or even go into a 4v4 match which is great on paper except not in execution. The game suffers intense framerate drops during these matches, as well as intense loading time, and that’s even after the Day One update and recent patch released.

Since I brought up the topic of Royal Rumble, I should probably focus on the gameplay on that front. Gone are the bloody micro-game or QTE that were set for your wrestler to actually kick his opponent out of the ring, and they can now be eliminated with a more “simple” clothesline near the ropes. One of the other modifications to the gameplay is on the front of the arena’s backstage, which are now more expanded, giving you more room to brawl with your opponent. Composed of several corridors and rooms, the “backstage” area also includes parking, each with their own weapons, and opportunities to truly harm your opponent.

Like its basketball counterpart – NBA 2K18 – WWE 2K18 will of course include a MyCareer mode, the iconic “story” campaign where you live the journey of a wrestler’s rise to fame from his humble beginning. This year though, the mode has been completely redesigned, with plenty of behind-the-scene exploration and backstage interaction with other superstars and key WWE figures, which reminds me of the Neighborhood in NBA 2K18 (read more about it on my review). The difference is that is that this mode has its own dedicated challenges and “missions” such as setting up traps for another wrestler, forming alliances, intervene in rival’s match or to kick off a promo.

On that front, the Promo Engine has been upgraded for WWE 2K18, which is greatly appreciated as it was just extremely complicated to perform coherent microphone interventions and thus earn points in the previous year’s iteration, as I’ve mentioned in the review. It is now easier to make more logical and understanding answers and speeches, even though the attitudes of the wrestlers are still not on par with the behavior of a WWE real life show. But to reach such a level, game writers would have to write dialogues with specific answers to all roster wrestlers, which on that front would be almost impossible considering there’s over 170 of them.

WWE 2K18 also offers many modes on the front of customization, such as your own arena, wrestlers, logos, entrances, as well as the traditional WWE Universe. All these are full with every previous customization options, but even more advanced. Taking into account all that has been said in this review, the number of modes available and the size of the roster that is the largest in the franchise, there’s more than enough for wrestling fans to enjoy it.

But at the end of the day, I’m starting to get bored with these annual releases. Whether you are a fan or not, the game franchise is getting to a point where its engine could be redone completely, as we sense a feel of saturation in terms of how much can be done to redefine the experience. On top of other technical issues, as well as real long loading screens, I think it’s about time for Yuke’s Visual Concepts to really try to innovate, which is truly hard considering no other competitors is around to set the competition straight.

WWE 2K18 was reviewed using an Xbox One copy of the game provided by 2K Games. The game is also available on PlayStation 4, Nintendo Switch and PC. We don’t discuss review scores with publishers or developers prior to the review being published

• More realistic and dynamic matches.
• Significant improvements in wrestler 3D modeling.
• More options to customize your experience.
• 8-man matches at the same time.
• A redesigned MyCareer mode
• The largest roster to date.
• A proper use of the arena backstage.
• A more clear Promo Engine.

• Big framerate drops in the fight when jumping to more than 4 wrestlers
• Your usual WWE bugs are there
• Some weird screen tearing in the backstage area.
• Like NBA 2K18, those loading times are just killing the pace
• I think it's time for a new game engine

Like its predecessor, WWE 2K18 clearly shows the desire to do the best wrestling game there is, but the end result starts to show the limitations of an annual franchise in terms of technicality and innovation.

An accomplished, award-winning gaming professional with more than 12 years of experience in the videogame industry, Nazih Fares has worked in public relations, marketing, eSports and localization for over 14 different publishers and more than 90 global brands. Fares is currently MENA Communications Manager at Blizzard Entertainment, based in The Hague. His views on this site are his own, and not those of his employer.
More Goodness
2K Games2K SportsFeaturedSports Games 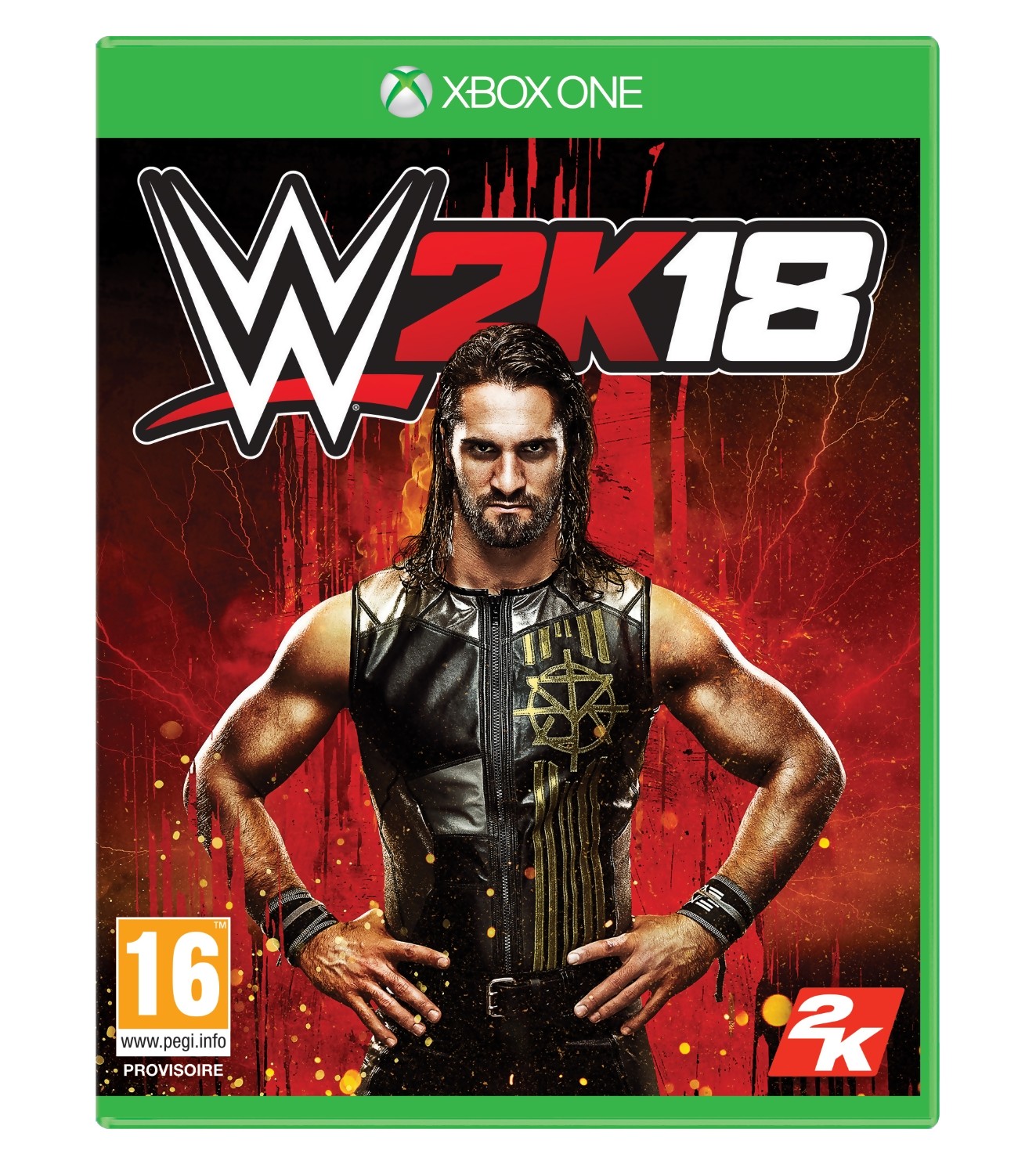