Ah memories, memories… There was a time when side scrolling beat’em-up were king, mostly from the early 1990s, where you would play these gems at arcades or home. While the genre kind of survived over the course of the year from the brink of extinction, preserved by some independent releases such as Castle Crashers from The Behemoth. Now, it’s time for Fully Illustrated to give us Wulverblade, a game released first on Nintendo Switch done by Fully Illustrated, a multipurpose digital agency led by English designer Michael Heald, and published by Darkwind Media.

Wulverblade closely follows the obscure stories of the so-called Ninth Legion (Legio IX Hispana), a group of grizzled veterans chosen by the Emperor Augustus, which mysteriously disappeared during the Caledonia war in the 120 AD. Five thousand of the greatest soldiers of the greatest power of the time suddenly vanished into nothingness, scattered all while the unit was trying to conquer more of the northern part of an island that we now call Great Britain. Wulverblade is pretty much a myth or legend, with one of the most controversial episodes of ancient Roman civilization history being staged by an unusual perspective, one of the Briton that were under siege, with a pleasing comic book artistic direction, yet full of historical research and inputs.

The game lets you choose one of  three protagonists, and straight away throws you into battle. Without too much preamble – even if you do not really miss the short cutscenes – the game start urging you to kill these soldiers coming at you in the most violent of way. Each of the three selectable characters have their own advantages that will help you decide your playing style: the first, Caradoc is the actual support of the story, a short and heavily bearded briton, which will probably be your first pick considering he’s an all-rounder in terms of speed, attack and defense. The second is Brennus, which is your traditional war machine: a pachydermic and unstoppable giant, which will be your pick if you prefer sheer force instead of maneuverability. Finally, Guinevere is the sole playable female character, a red haired maiden that fights as well as men, with a focus on her agility that allows to chain aerial combos more easily, but has lower attack and defense stats.

With the joycon in hand, Wulverblade plays exactly as it would be expected of a side scrolling beat’em-up. With more than five years in development, Michael Heald’s idea has always been to pay tribute to the great classics of the genre, rather than overdoing it with too many features. While this is great as an idea, it also means that this bloody adventure in Old Britain plays it a bit too safe, which can be noticed in its gameplay that is far from astonishing, and could be considered too hard for the new generation of gamers, and those not used to the genre.

Like traditional side scrolling beat’em-up, Wulverblade’s gameplay is done via simple basic attacks that you can burst into short combo or air strikes thanks to a “clunky” jump, followed by a heavy weapon slot (once you pick it up from the floor), and the inevitable special action bar that gets filled when getting hit or chaining combos. The latter then activates a temporary fury mode, which in addition to making you immune to enemy attacks, also restore a pinch of your health based on the damage you inflicted on your opponents. Finally, you also have a dodge and shield action done with the same button, which can be a bit difficult to manage, but crucial to survive. Ultimately, nothing complex, evolved or particularly strategic, but still as difficult as you would remember from the days of Double Dragon or Streets of Rage, that makes the charm of the genre.

That charm of the genre is even more demonstrated once you decided to play Wulverblade with a friend. This is where the console’s switch part comes in, and lets you play in pairs with two joycon, which makes the experience almost natural and easy. The game played as two adds a lot, making the pace undoubtedly more sustained, and the intrinsic repetition of the fights – which is another weakness of the game – is almost forgotten when you are chaining combos with your buddy.

While we mentioned that briefly, Fully Illustrated is a digital agency first and foremost, and you can see their talent shine in this game when it comes to artistic direction. Wulverblade’s aforementioned cartoony look certainly gives a certain character to an interactive novel, it trully shine in the cutscenes. There is though some lack of homogeneity when it comes to the work done to all elements, as for example some of the enemy characters are rather generic and bland, in comparison to the animation of your three heroes. However, this is forgiven once you pay attention to the great soundtrack and tunes playing in the background, as well as the powerful tone of voice of the narrator in the cutscene.

Wulverblade was reviewed using a Nintendo Switch digital copy of the game provided by Fully Illustrated. The game is also coming on Xbox One, PlayStation 4 and PC via digital releases. We don’t discuss review scores with publishers or developers prior to the review being published.

Wulverblade is a fun side scrolling beat'em-up which might feel out of time, but remains a passionate creation from a team that clearly was influenced by the 1990s classics. A great start from Fully Illustrated, and we can't wait to see more of their upcoming work in the future. 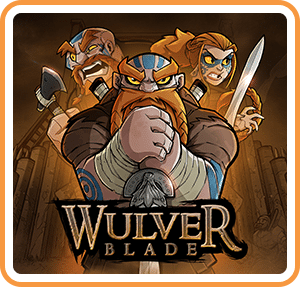