Review: World to the West

Available since the beginning of May 2017, World to the West is an action and adventure game by the creators of the very good Teslagrad which we reviewed on the site recently (click here to read our Teslagrad review). More or less linked to developer first game, World to the West is a different style of game, offering a mix of puzzles, exploration and unique quest for a fantastic adventure now available on the Nintendo Switch.

Very quickly immersed in the plot, we begin the adventure with a girl who is following her father. After a short introduction, we take the first mechanical platforms in hand and we move slowly through the level. Then, we meet our brother and sister and young, and innocent as we are, we will approach a teleportation portal that seemed dormant, but sadly wasn’t. After a bit more of actions to perform, we find ourselves at the controls of another character that has nothing to do with the first one… Yet.

Little by little, you will discover a world where magic and science are intertwined, featuring four young characters that we will discover little by little through the adventure. If we start with Lumina, we will then meet Knaus, a young mining child and Miss Teri, a mercenary before discovering Lord Clonington, the strong big muscle. The different heroes are each introduced at their turn and the storyline unfolds little by little, until eventually realize that they are all linked somehow, and their individual adventures will become one.

Not surprisingly, as you would’ve guess, that each of the four protagonists have their own skills and abilities. Lumina, is be able to teleport to short distances, allowing access to some platforms beyond a short gap or easily escape a fight. Knaus, the young miner can take advantage of his small size to sneak into holes or dig with a shovel to hide. Miss Teri on the other hand can use her scarf to stun enemies but also use like a grappling hook to another area, while our last character, Lord Clonington, is just a brute that can smash through destructive elements. This quartet will have to move forward together and it will be necessary to learn how to use all skills to help the whole advance in the world, as the switch between them is not instant and requires reaching totems place on the map.

The exploration is probably the most enjoyable part of the World to the West, since we have the opportunity to do what we want in a rather large map. The environments are pleasant to discover, which almost helps with the fact that the storyline is rather bland and simple.Everything is relatively simple in terms of puzzles, and the only difficulty will ultimately lie in the fact that some challenges are not as obvious as they seem, because the objectives, although most of them clear, are not all intuitive.

The design of the levels is really well thought out though. Rain Game has managed to find an excellent compromise between puzzles, action and combat. If some steps are a little tedious, losing or not finding the solution is not frustrating. Although our characters may die, we resume the game just before the “complicated” part and try again to find a better approach, and it helps that most loading times are rare.

The soundtrack is probably what I mostly enjoyed in World to the West. If there is no main theme that will stand out more than others, the complete soundtrack manages to create a certain mood that fits almost every environment visited in the adventure. It juggles between a discreet tune to a fanfare full of excitement, and knows how to tune it down when it is necessary to highlight some difficult parts or challenges to come.

World to the West was reviewed using a Nintendo Switch downloadable code provided by Rain Games. The game was released earlier in 2017 on PC, Xbox One and PlayStation 4 in digital and retail releases. We don’t discuss review scores with publishers or developers prior to the review being published.

A bit too simple when compared to its predecessor's rich Metroidvania gameplay, World to the West is still a pretty good game and will keep you entertained for a while 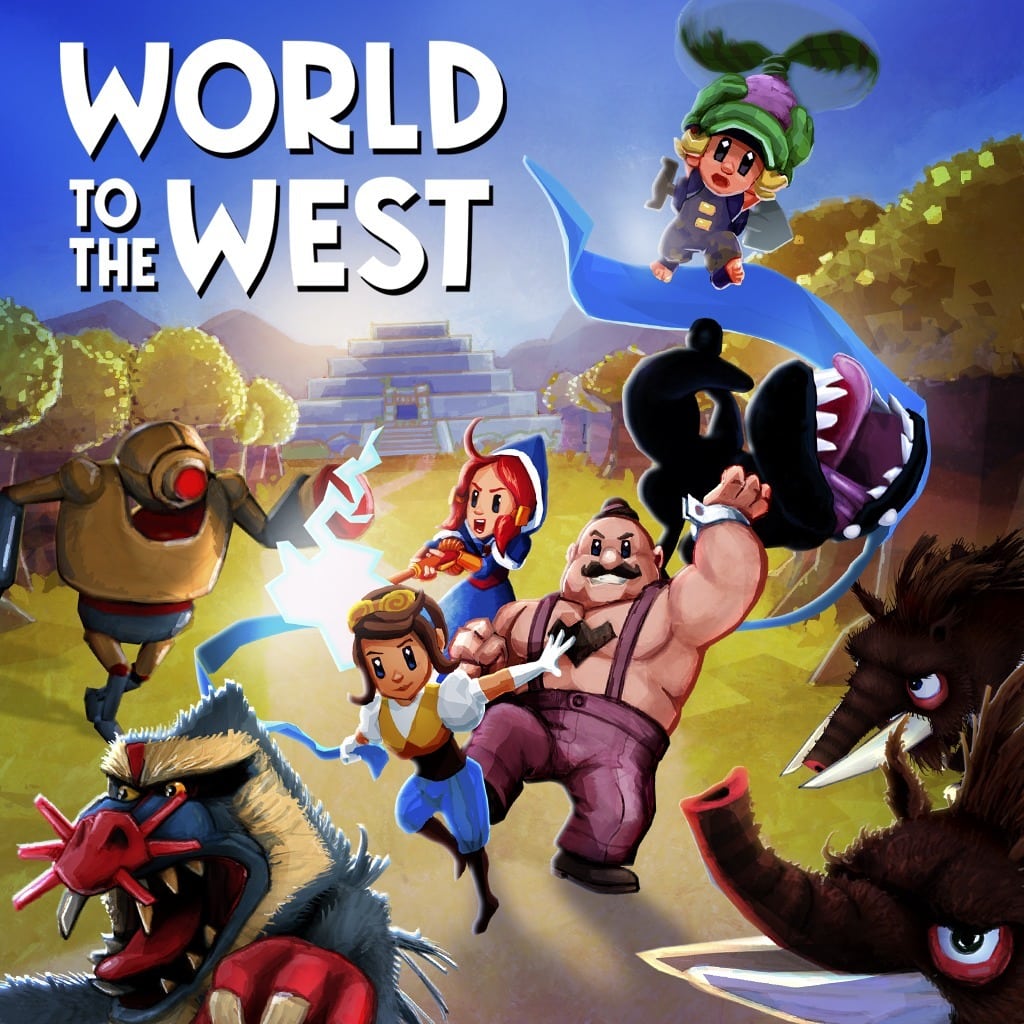