Downloadable content, expansion packs, chapters, call them what you like… These extra bits of digital content had taken numerous forms throughout the years, ranging from a mere weapon pack, to cosmetic skins, exclusive missions and even fully fledged experiences. The latter is where Uncharted: The Lost Legacy comes in, a standalone game in the Uncharted universe, based on the technical base of Uncharted 4, but without the Drakes brother, instead a character that first debuted in Uncharted 2: Chloe Frazer. Now more than a year after the release of Uncharted 4 (which we reviewed on our site), did Naughty Dog successfully manage a proper continuation of the Uncharted franchise without Nathan Drakes?

As mentioned in our introduction, Uncharted: The Lost Legacy lets you embody Chloe Frazer, former partner of Nathan Drake, the famous hero of the canonical episodes of the saga. Accompanied by Nadine Ross, one of Uncharted 4‘s antagonists, this pair of adventurer embark on a dangerous hunt for the Tusk of Ganesha. The mystical artifact from the Hindu God of destruction (Shiva) has already consumed Chloe’s father in the past, and so she teamed up with mercenary Nadine Ross in hope of finding it, in the midst of a civil war.

During the 6 to 8 hours you will spend in the story mode of Uncharted: The Lost Legacy, the game revisits the whole panoply of the Uncharted saga by using what made the success of the fourth main episode. There’s some difference though, and this new episode although leaves more room for action than the previous one, without sacrificing the finesse of its script and writing in the way. The duo of female characters (Nadine and Chloe) are particularly well done, and Naughty Dog accurately depicts the evolution of their relationship in their Indian adventure. But on the other hand, the main antagonist known as Asav is less inspiring when compared to previous games, and does not manage to make an impact on the story although well narrated. It’s sadly because his origin are quickly passed along, barelless scratching the surface of his motivation and urge. Nevertheless, Uncharted: The Lost Legacy is mostly convincing in terms of story, especially when creating a brand new arc on two different characters from the main franchise, very different since Chloe is more of a darker personality when compared to Nathan.

When it comes to gameplay, Uncharted: The Lost Legacy is without any surprise very similar to Uncharted 4, in both its qualities and problems. Always proud about its overall realization or the transitions between cinematics and game (which are impeccable from end to end), Uncharted: The Lost Legacy also shines by its perfectly dosed rhythm but didn’t figure out how to to solve its AI problems. A concern that is all the more present in this episode, as the freedom of action has been enriched thanks to an increased presence of semi-open areas. If you prefer to take a more sneaky route with infiltration, you’ll also notice that your companion – Nadine – will bluntly pass under the nose of a guard without the latter spotting it, when she’s clearly visible to everyone. This can easily be fixed though, by raising the difficulty, which reduce your health points and other environmental and visual aids of your heroine.

Despite a more than obvious similarity to Uncharted 4 because of being technically an expansion pack, Uncharted: The Lost Legacy still offers some new features, firstly with the addition of a large open area that lets you explore points of interest (Photo Ops) in the order you want. If your freedom of approach has no influence on the story, Naughty Dog took the opportunity to add a fun sidequest that I will let you guys discover for you own, so I don’t spoil the experience. Another notable addition is the addition of silenced weapons, and of course I should point out that even though this chapter is heavy in terms of action sequences, the puzzles have been a challenge.

On the purely technical aspect, Uncharted: The Lost Legacy is like its predecessor: fluid, artistically impeccable and again with breathtaking vistas, the game is easily in the top 5 most beautiful games on the PlayStation 4 and greatly benefits from the use of HDR provided you have a compatible TV. The facial animations as usual are perfect, and while there’s no Arabic voiceovers, the subtitles are there and pretty decent. Finally, even with the lower retail price than Uncharted 4, Uncharted: The Lost Legacy has the merit to add the multiplayer and survival mode, which to my opinion is nothing extraordinary, but are still decently done for those that are fans of the game and want to extend their gaming pleasure.

Uncharted: The Lost Legacy was reviewed using a PlayStation 4 press kit provided by PlayStation Middle East. The game is exclusive to the PlayStation 4 console. We don’t discuss review scores with publishers or developers prior to the review being published.

• Like its predecessor, the AI is still a mess
• Not a fan of the antagonist
• Some recycling in some action sequences

Too proud to be called an expansion pack of Uncharted 4, Uncharted: The Lost Legacy is a pretty decent adventure and addition to the franchise, with a believable duo of protagonists. Welcoming new ideas, such as more open world areas concealing lots of secrets, or a freedom of approach now generalized to almost all hostile areas, one will regret a sense of deja-vu in some action sequences, same bugs from the previous games, but nevertheless is still a great game, especially if you're hungry for more since Uncharted 4. 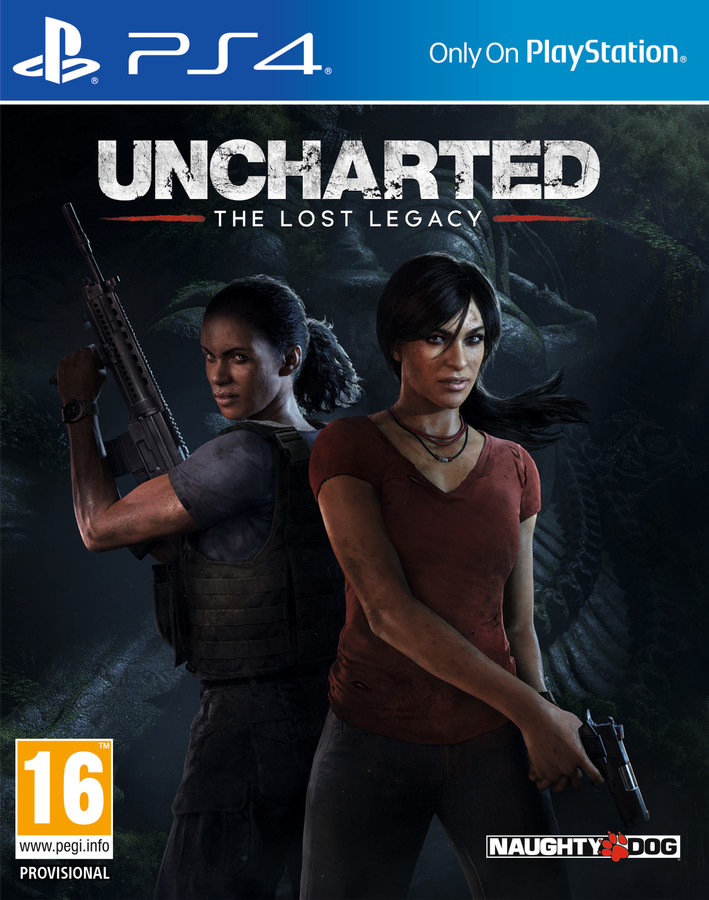