I first played this game on my long 14 hours trip to Las Vegas to attend EVO 2018. Since we were in the fighting games spirit, I thought it would be the perfect fit. Luckily, I was with Big Bird and Angry Bird from Nasr esports who are pro athletes in the Street Fighter V scene and was able to get their point of view on the game as well. Ultra Space Battle Brawl is a special game. It has all the elements to keep you entertained for several hours. At least it was our case as we ended up creating a bracket on board our flight and run a mini-tournament.

Let us start from the beginning. If you ever wanted to play ping pong with fighting characters that have special abilities, then this is your game. Think of the famous Bruce Lee video where he uses his nunchucks to play Ping Pong.

At its heart, Mojiken Studio, an Indonesian developer wanted this game to be a fighting game. The formula is correct. Like any of its siblings, the game has a story mode, versus mode, 1 v 1, 2 v2 and a section for the game’s artwork. In addition, the game gives you ten characters to choose from with their own individual storylines. The template used is similar to a comic strip with the intent to help you understand what is happening in this weird intergalactic universe. I must admit though that completing the story bring absolutely nothing to the rest of the experience.

Obviously, as you must have guessed by now, this is a brawl in space. Each character comes with their unique stats spread across speed, power, arrack range and attack speed. Surprisingly enough, and with the help of the pros, I was able to also notice that there are different matchups in the game that adds flavor to your playstyle and to all spectators. The developers also gave a special ability or what you may refer to in Street Fighter V an ultra. It is in the form of a meter that builds up over time and can unleash a variety of things such as a barrage of hits, an increased ball damage, a personal shield and more. Speaking of Street Fighter, this game gave us a flashback to the originals with the voiceovers and in-game music as it hits you with the arcade 90’s type of look and feels with some flashiness during the ultra-executions.

Having said that, let us talk about the objective or how you win a brawl. The rules are simple. You each have a crystal looking rock at the end of your corner that is protected by several small birds with an Elvis hairdo type of thing. Let us call them barricades. You fly around the level hitting a ball at opposite barricade trying to destroy them over time to get access to the crystal. You have a timer and a life bar and with each hit on the crystal, your life bar goes down until K.O. It is worth mentioning that each stage has different shapes of barricades that require different strategies to break into. The controls are super easy as well making this game simple to pick up and play. You have 2 buttons to worry about, Dash and Hit. The battles consist of 3 rounds each

Overall it is a well-designed game. We had a blast playing it and enjoyed every aspect the characters had to offer. I would not be surprised if one day we see this game as a side event at big FGC events around the world similar to Puyo Puyo Tetris. Maybe then I would have a chance in winning something then again, I am sure some top players are already dissecting it as we speak. I highly recommend this fast-paced fighting game.

Ultra Space Battle Brawl was reviewed using a Nintendo Switch downloadable code provided by Toge Productions. We don’t discuss review scores with publishers or developers prior to the review being published (click here for more information about our review policy).

• Playing VS AI needs some tuning

Ultra Space Battle Brawl was quite an interesting surprise for the summer, an arcade fighting game with a twist, full of the love for the 1980s gaming generation. 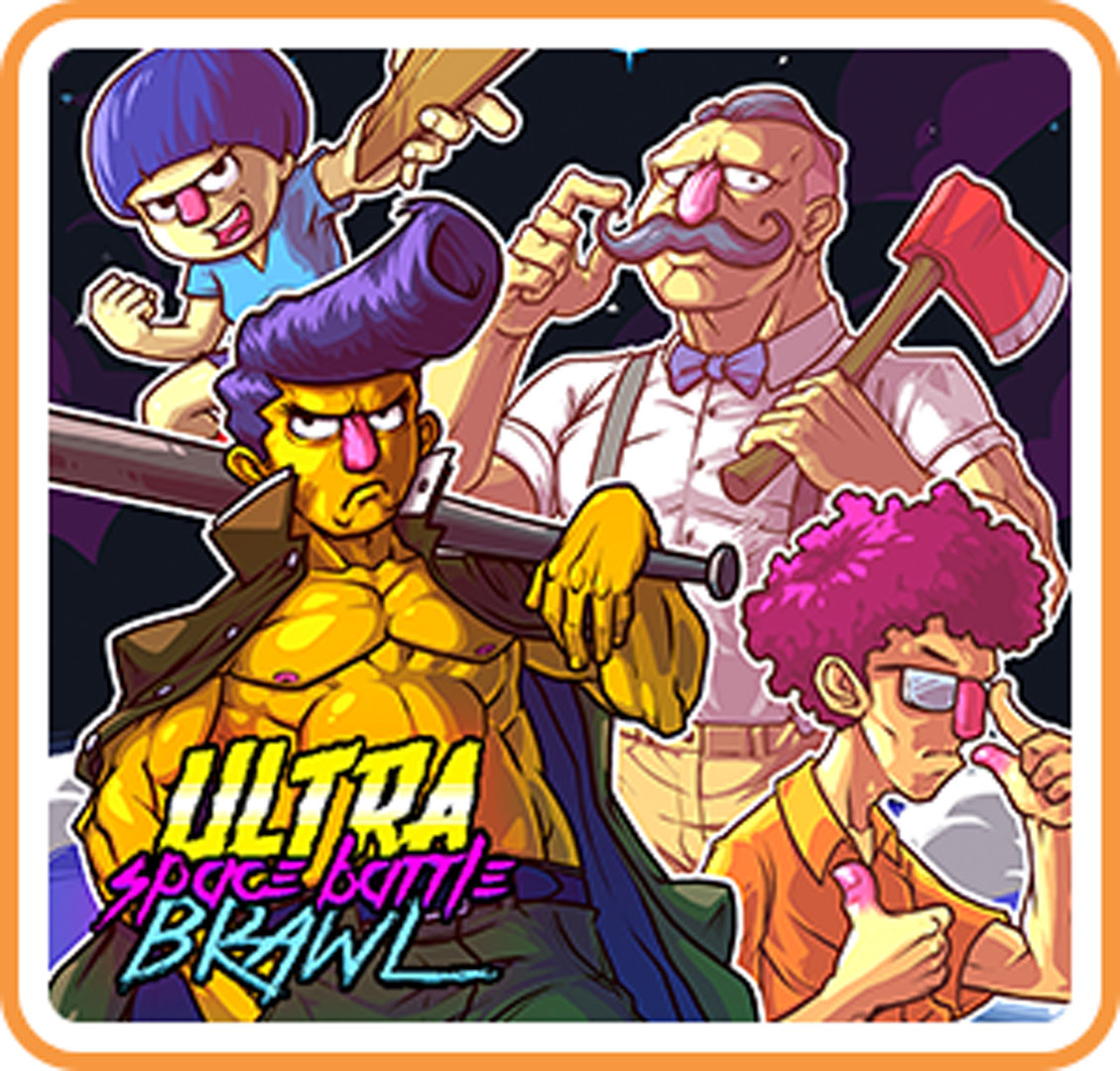