Released around the end of 2015, Typoman is a game developed by independent German studio Brainseed Factory and originally intended for the Nintendo Wii console. Today, the title returns to the next generation consoles, including the Nintendo Switch with the name Typoman: Revised which I reviewed.

influenced by the likes of Limbo style in terms of style, Typoman is an independent game like no other, which stands out from the crowd. The beginning of the game is quite captivating and charming, starting with our character only formed by its head (the letter O to be exact), and gradually start reconstituting himself in total silence with the letter H, E and R (you guessed it HERO), with no sound coming out of him, until he start getting chased by a devilish creature.

Gameplay wise, it’s a fairly easy title. A simple button press lets you push objects in the levels, or climb a ladder, pick up an object, push it to a hole and activate levers. Really simple, because Typoman is more about deduction and word plays, then there is about platforming and killing enemies. On that front, there’s some of them that look like huge insects, but you mostly will need to flee from their sight and get to safety.

Let’s move on to another aspect of the gameplay which is the puzzling angle. While some riddles in the game are easy and can be quickly solved, others are more complicated and less understandable if you’re not very fluent in English (and will give you much more trouble). The good idea of ​​this title is to find a middle ground between a word game and platformer, where you use alphabet letters to fix solve riddles and continue through levels. Some for example will require you to swap letter to form the word down, to lower a platform, and thus open the way to the next part of the world.

When it comes the artistic direction of the game, Typoman as mentioned is clearly influenced by Limbo. Although not as dark as Playdead’s debut title, Typoman is still mostly using a palette of dark colors such as blacks, greys and shades of brown, to give you a gloomy world where words are lost and need to find for survival (a bit poetic if I may say so myself). But it’s the music of the game that will help set the mood of the game to perfection. You will find various musical themes leaning to melancholy, yet with lyrical tones pleasant to listen to, created by SonicPicnic, which you probably know from other titles like Awesomenauts, Speedrunners and Rive. A medley of bells and electronic sounds, the game’s soundtrack should probably win an award by itself.

To conclude, Typoman: Revised is a nice game to grab if you want something clean and simple. It’s got a gripping atmosphere, fluid graphics, and plays on word games in a smart way. But if you’re not an English native speaker, or just weak in the Queen’s language, some riddles will be complicated.

Typoman: Revised was reviewed using a Nintendo Switch digital download code of the game provided by Forge Reply. The game is also available on Xbox One, PlayStation 4, PC, iOS and Android devices in digital releases. We don’t discuss review scores with publishers or developers prior to the review being published

Typoman: Revised is a fun title from German based studio Brainseed Factory, that blends simple platforming game mechanics and word-based riddles, topped by one hell of a soundtrack. It's a great grab for its price, but might be too difficult for non-native English speakers. 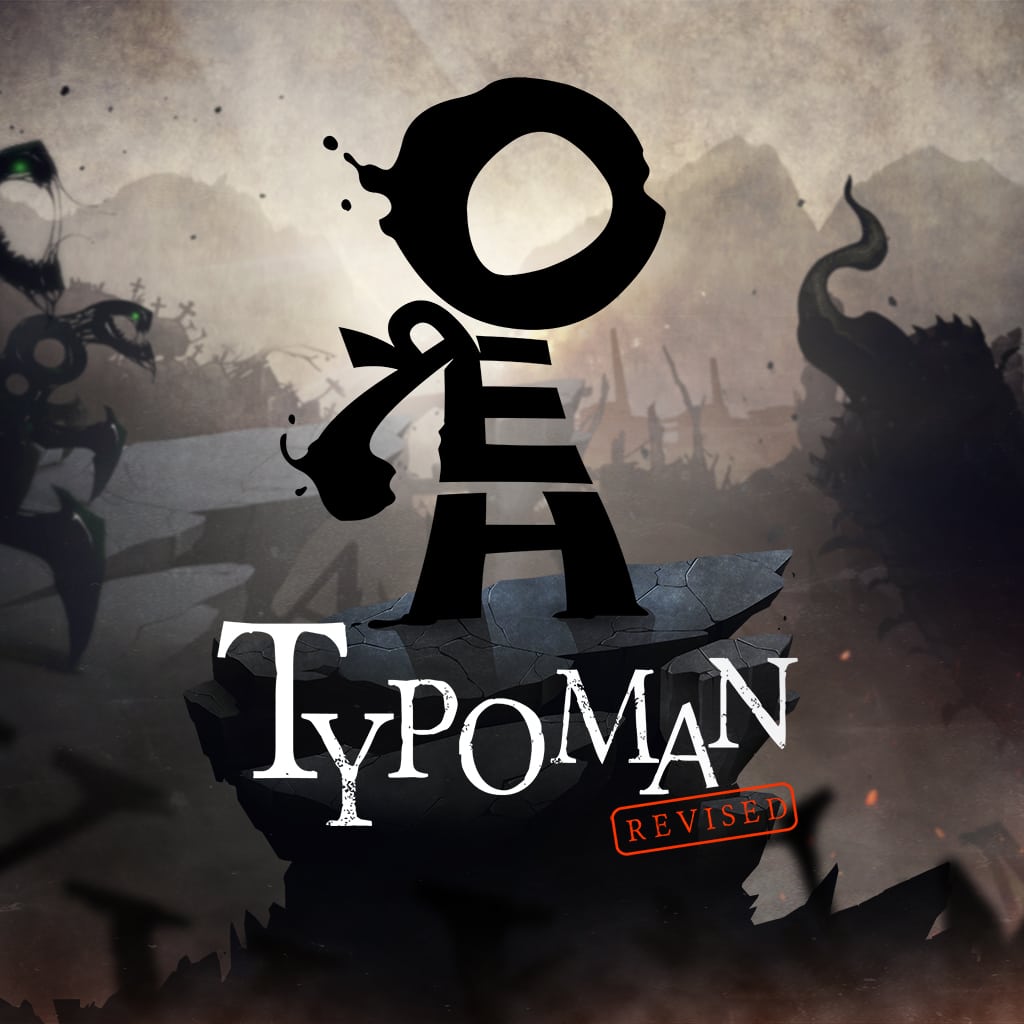