I struggle to define TumbleSeed. I guess I could call it a platformer, but it’s more about balancing than jumping. The basic idea is pretty straightforward; you balance a ball (seed) on top of a screen-wide platform(Vine). What you might be confused about is how it actually works, which I was before playing it.

Basically, you move each end of the Vine separately up or down. So if you’re on a controller, left stick moves the left end and right the right end. You go up by moving both sides up, etc. This actually ratchets the challenge up, considering you’re not actually controlling the seed. It’s essentially a juggling act in slow motion (and I do mean slow). The gist of it is that you climb a procedurally generated ‘mountain’. The mountain has 5 levels, each level has a skill, you get the gist. It starts relatively easy with simple enemies and some holes and gets progressively more difficult with more enemy types and increased amounts of obstacles.

TumbleSeed is pretty straightforward overall. You get a tutorial explaining the ins and outs and then you get tossed into the fray. The initial challenges involve moving around and planting, and eventually you figure out the offensive and defensive bits. Of course, you also get a little town area where you can rest up and get new items/skills.

You use different seed powers by planting them on plots. These powers are found in seed shrines found in the middle point of every level or bought from a shop in town. Seeds can be offensive or defensive and whats great about them is that they all rely on movement. With a bomb you have to be able to get far away enough to not get caught in the blast radius, which can be tricky when the terrain has a lot of holes, mines require you to be able to lead enemies to them while keeping out of danger yourself (watch out for your own mines too..), and many more. Every tool is built around utilizing movement.

You start off with four default seeds: Flagseed, Crystal, Heartseed and Thornvine. The flagseed is the most interesting out of these. It allows you to create flags that act as checkpoints, when you fall down a hole, you tumble down back to the latest checkpoint, taking more damage the longer the fall. If you don’t have any planted, you will fall down to the bottom of the level.

There are also power-ups called Auras, which I sadly find useless for the most part. There are auras that make projectiles bigger, make enemies drop health instead of crystals, make planting free if you’re on one health and many more. All of the auras have a downside to them that make them mostly an annoyance.

TumbleSeed has a couple ways of help you with moving around and letting you concentrate on it. A small bar will always be below the seed with a dot indicating how in balance you are relative to your position on the Vine. The camera will always adjust to your position to allow you to see properly in the direction you’re going. This combined with most enemies being inactive when off-screen I found very neat.

Enemies have unique sounds to let you know that a certain enemy type is nearby. Enemies also let different death screams depending on their type, letting you know what kind of enemies have died in some situations where you can’t actually see them. This is nice to know because harder enemies yield more money.

Talking of enemies, they are all really simple. A slug-thing will rotate around and charge in a direction for a bit, a tube thing rotates and shoots in four directions, spiders chase you by jumping, etc. The enemies don’t need to be complex because the way you move suddenly turns even the simplest enemies into real threats. Killing enemies yields crystals and the more health an enemy has, the more it will drop.

Large part of TumbleSeed is also managing your crystals, which are both used to purchase items, participate in minigames and planting seeds. Yeah, the seeds cost crystals to use, most of them, anyway. Spent all of your money on a new seed? You gotta collect more to be able to use it. Overall, it’s a simple game but it can get tricky.

TumbleSeed was reviewed using a PC downloadable code of the game provided by aeiowu. The review was tested by Mazen Abdallah on a PC running Windows 10, with an 8GB NVIDIA Geforce GTX 1070 fitted on a 4th Generation Intel i7 4790 3.6Ghz CPU and topped with 16GB of RAM. The game is also available on Nintendo Switch and PlayStation 4 in digital stores. We don’t discuss review scores with publishers or developers prior to the review being published.

• Elements of the game are simplistic
• Graphics have a clean, flat look
• Music is pleasant and minimalist

TumbleSeed starts off simple enough, but in classic roguelike fashion it quickly becomes a tricky, demanding (literal) balancing act with a variety of buffs and obstacles. Fans of light, arcadey titles should check it out 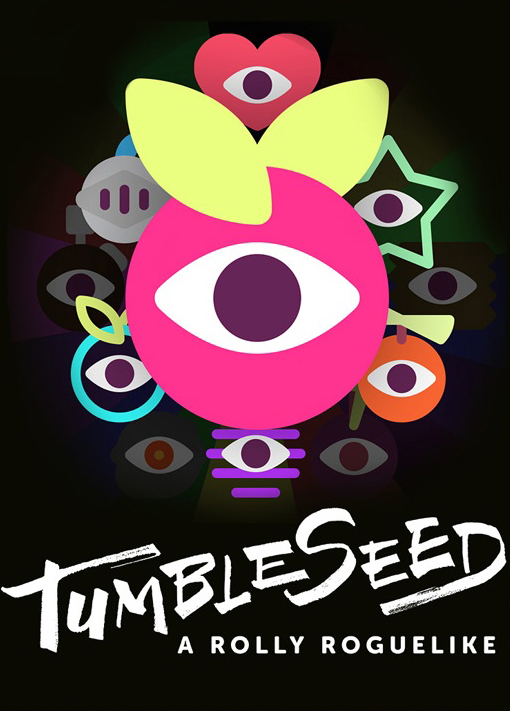