A lot of scientists and philosophers and very smart people have been discussing the idea of a ‘singularity’ for quite some time now. As these eggheads claim, at some point we will be able to transfer our minds into a computer, projecting our consciousness into machines. The possibilities are endless (I for one would enjoy being able to fix computer viruses by actually finding and destroying them a la Ghostbusters) and it’s something that will supposedly leave the realm of science fiction before long.

This idea of transferring our minds into computers is more or less the premise of the game Transference. After bright neon haze credits greet us, Transference opens with a slightly nervous scientist introducing himself and proudly claiming that he has worked out a way to put consciousness on a computer. Mind you, this sequence is presented in live action rather than rendered in-game, so it feels a bit like a classic FMV. I’m surprised the FMV system of live video mixed with CG hasn’t taken off, and Transference definitely makes a strong case for its return.

In any event, the game opens with you being tossed into this machine world, and thus throughout the game you’re essentially in a computer world, all matrix style. This serves the game’s purposes nicely, as it allows the game to basically just do whatever the hell it wants in the interest of suspense or twists or reality-bending.

In terms of gameplay, Transference is pretty similar to a walking simulator, but I would say it’s not a walking sim per se in that it does have its fair share of puzzles. They’re a bit tricky, but often the solution boils down to ‘pick up a bunch of stuff and mess around with it and eventually you’ll work out what to do’. The puzzles are pretty intuitive but it’ll still take you some time to pick up and inspect every item to work out if you need it for the game. In this way, the game does push you to pick up all sorts of random items to learn more about the story, which is clever.

I would argue it kind of messed with me because I started assuming the puzzles were very elaborate enigmas with clues strewn about bits of paper. Eventually, I realized that puzzles usually have pretty straightforward solutions. However, it’s still totally worth it to pick up random items. There are essentially two kinds of random item: totally mundane items that enhance our immersion in the world like takeout menus and random possessions (super detailed by the way), and items of personal significance to the plot that tell us about the main characters.

But it definitely feels more like a game than a walking simulator. On that note, I would like to sincerely recommend that they patch in a run button or something because, in some of the bits where you just want to solve a puzzle and you’ve gotten your fill of character development, the funeral walking pace will definitely get on your nerves. Additionally, the game could have benefited more from some kind of inventory system, as the setup they have is more akin to ‘just literally hold onto a thing and walk around with it till you get to where you need to use it’. I will say that all things considered, the puzzles still made it feel like it was a legit game experience. I mean, most first-person walking simulator type games argue that they’re more about the plot and so they’re exempted from having stronger gameplay, but Transference ticks both boxes.

Speaking of the plot, I won’t go into a lot of detail, but I will say it tackles a lot of big themes. While there’s not too much exposition and you kinda have to piece together the story, there *is* a central narrative, and you’ll work out most of the major details while being a little confused about some of the specifics. I like that there’s an actual story instead of some vague, wishy-washy ‘make up your own meaning’ tale. The world building is expertly managed, and in the short time I played, I really connected with the characters. You pick up video and audio logs throughout the game that give you a little extra background, so if you really wanna try and get to know the characters, have at it.

While Transference is fundamentally about the idea of the singularity, it’s never that big a plot point. I mean, most of the game is about you piecing together what happened a la ‘Gone Home’. The game is super dramatic, and while it has some creepier moments, it’s never like a horror game. It’s very unsettling though, as you see things glitch in and out and levels change around, so there’s that common idea that ‘what you see isn’t real’. Of course, there are moments of relatable human struggles, and in a broader sense that’s the true horror, but not much ‘oh my god, the horror’ type moments. There are some more cliched bits, and you kind of see a lot of the ‘twists’ coming, but the narrative is so well constructed that it’s still intense to watch it all unfold.

When all is said and done, Transference packs quite the wallop, even if it isn’t that long a game. For fans of narrative-driven games it’s a must, and for those who aren’t fans of ‘walking simulators’, this is one of the better ones.

Transference was reviewed using an Xbox One and PC digital download code of the game provided by Ubisoft Middle East. The game was tested on a PC running Windows 10, with an 8GB NVIDIA Geforce GTX 1070 fitted on a 4th Generation Intel i7 4790 3.6Ghz CPU and topped with 16GB of RAM. Transference is also available on PlayStation 4 via digital store releases. We don’t discuss review scores with publishers or developers prior to the review being published (click here for more information about our review policy).

Transference is an example of a first-person narrative driven game done right. From its tech singularity premise to its balance of story and gameplay, the game manages to craft an experience that’s immersive and interactive without feeling like another walking simulator. 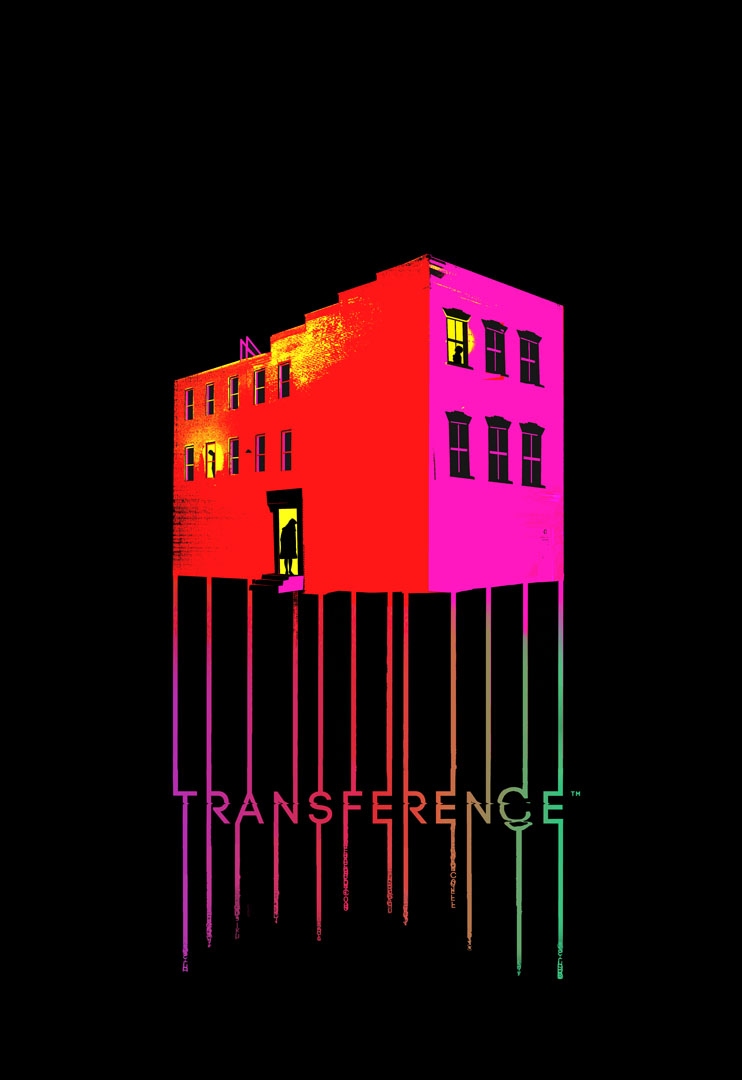