So I’ve been playing Trackmania 2: Lagoon for a while now, and I’ve definitely gotten a sense of it. The game is definitely keeping in line with the other Trackmania titles, in that it’s easy to pick up and difficult to master. It’s also a surprisingly addictive game.

Perhaps the most prominent feature of Trackmania 2: Lagoon is the eponymous lagoon. The game’s environment is simply amazing, and they’ve done a terrific job rendering a tropical paradise. The unique look and feel adds a lot to the series, and the tropics add a wonderful backdrop.

The series, as usual, maintains its terrific car physics are great. They’re kind of a mix between straight-up arcade racing controls and more drifty controls from titles like DiRT, and the game absolutely manages to force you to really get a sense of the physics to nail the controls. When you start, you may find that handling is tricky to get the hang of and maybe not what you’d  expect from a game that looks like this. The game is still pretty arcadey, but it borrows a lot from its older brothers. I should mention of course that Trackmania is not a racing game in the sense that you compete against other drivers; rather, you try and beat track times. This can be very difficult (and on some tracks damn near impossible) and so expect a lot of repetition.

Trackmania 2: Lagoon’s main draw has always been its track editor system, and this game also has a good selection of great-looking components. Of course, once you’re done you can play the tracks other users have made, and these can be pretty insane. Much like with other games that have a user-generated level system, Trackmania has a plethora of insane tracks that are honestly just twists and turns that are meant to fling your car around while you do nothing. Once you navigate past the self-playing levels though, there’s a ton of great content in there.

The game manages to run very smoothly, which is crucial in a racing title. The textures look smooth and crisp, and the detail on the cars is amazingly rendered. I will say that in some cases the loading times seemed to slacken, but overall performance is top-notch

If you’re new to the series, then you can definitely enjoy Trackmania 2: Lagoon. It’s tons of fun and I can fully recommend. If you are a die hard Trackmania fan, it’s another great title to add to a racing series that I feel is too often overlooked.

Trackmania 2: Lagoon was reviewed using a PC downloadable code of the game provided by Ubisoft Middle East. The review was tested by Mazen Abdallah on a PC running Windows 10, with an 8GB NVIDIA Geforce GTX 1070 fitted on a 4th Generation Intel i7 4790 3.6Ghz CPU and topped with 16GB of RAM. We don’t discuss review scores with publishers or developers prior to the review being published.

Trackmania 2: Lagoon is another great entry to the series, and if you’re a fan of tropical paradises and racing at breakneck speeds to shave seconds off your scores, it’s a great title. It offers a ton of content and a seemingly endless supply of user content, so there’s a lot to get into.

Review: Rocket League
Be the first to comment!
Leave a reply » 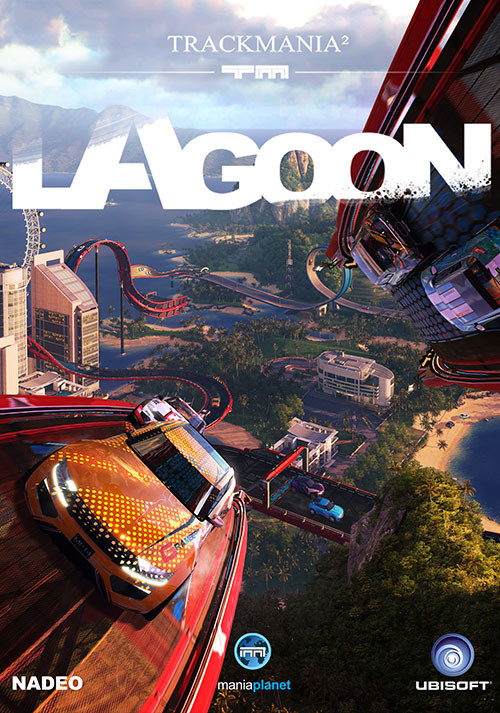