Ah, time travel. The easiest way to make a simple story much more complicated than it needs to be. All wibbly wobbly and timey and wimey, to quote Doctor Who. Of course, time travel isn’t just great for storytelling; time travel is a classic game mechanic, and lots of games have had fun by messing around with the straightforward passage of time. Timespinner is here to take another shot at it. Let’s see how they do.

Timespinner is a classic sidescroller that takes a lot of cues from old-school metroidvania. Specifically, it takes a lot of cues from Castlevania titles like Aria of Sorrow and Symphony of the Night, i.e the cool new RPG’s. Like many classic sidescrollers, it opens on a calm scene with a  group of townspeople celebrating a birthday. Of course, in the world of videogames ‘happy idyllic scene’ is often code for ‘bad stuff is about to go down’ and sure enough it does. Thankfully Timespinner has the decency not to spend too much time on this opening sequence. You get a brief tutorial for your orbs, which serve as a sort of short range melee striking weapon, and you get a little necklace that allows you to fire off blasts of magic. Later, of course, you get different styles of weapons that you can mix and match a la Aria of Sorrow.

Before you’ve had time to settle in, an evil force (their aarmourmight as well say evil down the side) attacks the little hamlet and you’re sent back in time to try and save everyone a la Ocarina. That’s when the game starts in earnest. You begin exploring the strange world of the past, and you get the main game mechanic, the eponymous timespinner. Basically, the thing freezes time, and once time is frozen enemies become totally static and harmless. This means you can use them as platforms. Surprisingly, you don’t get *that* much use out of the timespinner early on, and there were points in the first few levels where I legit forgot about it because I was more focused on the combat, exploration, and platforming. It does come in handy though, and some of the boss fights use it in really clever ways. Big picture wise though, it’s one of a host of abilities you get.

In terms of structure, Timespinner is so similar to Castlevania that it acknowledges it several times with little easter eggs. However, it still manages to have its own aesthetic and its own feel. In fact, the lore surrounding the Lachiem empire is insane for an indie project. You get little bits of a story through collecting data pads, and it honestly feels very fleshed out. Additionally, the skillful pixel art makes the scale of the world feel very imposing, and in scenes showing the cities of the empire you really get the sense that these guys are a big deal.

Speaking of scale, Timespinner really manages to offer a ton for its asking price. One common complaint about indie games is that they’re usually too short, but with Timespinner I felt like the length was much more reasonable, and more importantly, the pacing was well constructed. There is a ton of backtracking through old environments, but of course, this is a metroidvania so it’s very much par for the course. I’d say in terms of knowing what to do next, you’re usually not very lost, although in some levels I felt like the pixel art ended up obscuring some important places I needed to go. It’s nothing too worrisome, but I’d definitely expect for the design to sort of emphasize points of interest a bit more.

On the whole, if I had to find a point of criticism for Timespinner, I’d say that it doesn’t really do its own thing for the most part. The game is a mishmash of old ideas. I’ve brought up Castlevania to describe the overall gameplay structure, but the time-based mechanics have also been done before. I’d say the time travel is a much bigger deal in the storyline, and the game’s story gets pretty crazy eventually. So this isn’t really a revolutionary game.

But it is a very polished game, and if you tossed it onto a PSX cd it would pass for a classic metroidvania. Sometimes I lambast games for making their shtick ‘retro’, but I think PSX sidescrollers take a lot of effort to get right, so this is the type of retro that ends up taking a lot of effort and still looking very slick. Not to mention sounding very slick. The soundtrack is straight out of Symphony of the Night and its descendants, and I’m always up for more foreboding piano and organ music. People talk about how the metroidvania genre is saturated, but I really feel like every metroidvania ends up doing its own thing because it’s a genre that offers so much more. And the amount of work that went into Timespinner really ends up earning it a place in the metroidvania hall of fame.

Timespinner was reviewed using a PC downloadable code of the game provided by Chucklefish. The game was tested on a machine running Windows 10, with an 8GB NVIDIA Geforce GTX 1070 fitted on a 4th Generation Intel i7 4790 3.6Ghz CPU and topped with 16GB of RAM. The game is also available on PlayStation 4 and PlayStation VITA via digital store releases. We don’t discuss review scores with publishers or developers prior to the review being published (click here for more information about our review policy).

Timespinner wears its influences on its sleeve, but it wears them proudly and manages to pay tribute to the 2D RPG Castlevania games and other great metroidvanias. It crafts a unique and often engrossing new world, and by the end, I felt like I had really relived the classics, and not in a bad way. 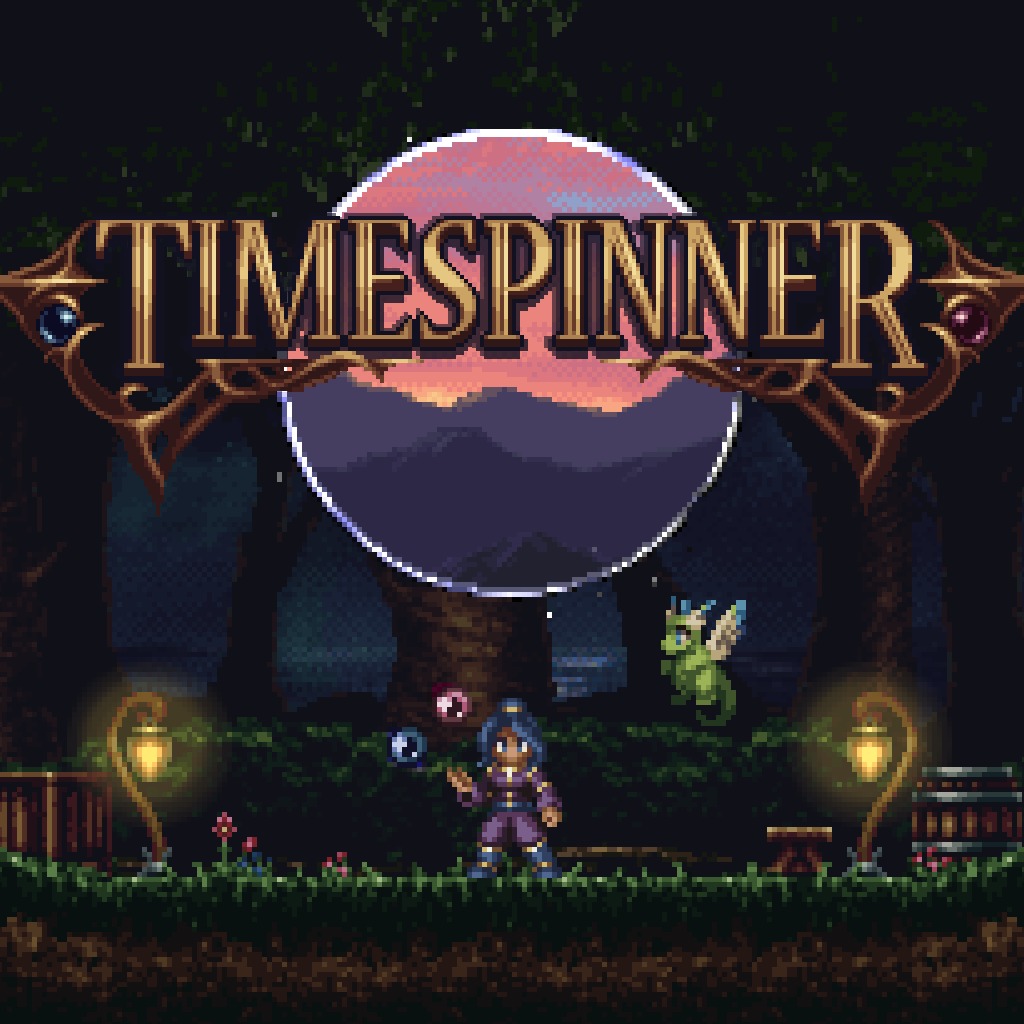