A spectacularly crafted single player RPG, Thronebreaker: The Witcher Tales is a game that hoists the genre to whole new levels.  I never imagined myself spending tons of hours into a game mostly centred on GWENT, a standalone card game in The Witcher series, a genre that never appealed to me, yet here I was, making regrettable decisions and facing their consequences in this masterpiece of a game.

You Star as Meve, queen of Lyria and Rivia, on a rugged path of destruction and revenge. Meve captivates the players with her stubborn and rough demeanour, as she fights off overwhelming numbers of Nilfgaardians. The queen enthralls us with her story while navigating through difficult waters with her son, Villem.

CD Projekt Red does not disappoint with Thronebreaker: The Witcher Tales, but instead, exceed expectations with captivating voice acting and fun card faceoffs. As a game whose budget is not that of an AAAs, it pulls it off more than just gracefully leaving a significant impact on players with its intriguing narrative and characters, especially that of the leading queen herself, Meve.

Thronebreaker: The Witcher Tales presents the players with gut-wrenching decisions that change the course of the narrative, sometimes even killing off fellow companions. I found myself often making what I thought were sound choices that eventually came back to haunt me. The Queen, throughout the game, struts in the Witcher world, allowing you to discover beguiling characters and gather up resources that you eventually use to build up your deck. The game features a moral scale that can affect players in a war which can also be ramped up by good decisions you make with random encounters that question your values and integrity.

The party members you assemble throughout the game are sometimes through forging alliances, and other times even just by helping them, which boosts your morale and strengthens you in battle. However, going through the 40+ hour campaign, I was never not outnumbered, for the invasions of the Nilfgaardians were ruthless. Characters in the game are complex, intriguing, and sometimes even fascinating, ranging from the stoic Meve, to the quirky humorous party members.

I was continuously awed by the consequences of my actions regarding the stances I took, sometimes choosing to solve problems by spilling blood and at times avoiding it completely. Dialogues are very well written, and the comic book aesthetic adds a very nice feel to the game. Adding to that, over the course of the game, Meve encounters plenty of problems that she adeptly chooses how she wants to solve them, ranging from theft to quarrels and to crimes.

Thronebreaker: The Witcher Tales is centred on GWENT, a card game that was introduced to us in The Witcher 3: Wild Hunt as a mini-game offering in-game purchases. The latter does not need any background knowledge of GWENT or other card games as It has a tutorial that runs you through the basics, so if you were worried about that, hop right in! GWENT has fast-paced duels that rely on your deck construction, it’s played over the course of three rounds. Players use spells and special abilities, sometimes even trick to deceive their opponents. Even newcomers who have no idea about The Witcher world will surely enjoy this.

The game often surprises you with puzzle games along the way. Cards are so intricately detailed to the point that it mesmerized me and added to the beautiful aesthetic of the game. Sometimes opponents can immediately revive their cards making it more difficult to win, other times opponents protect their players, making card playing much more exciting as there are always challenges to face.

Thronebreaker: The Witcher Tales was reviewed using a PC downloadable code of the game provided by CD Projekt Red. The game was tested on a machine running Windows 10, with an 6GB NVIDIA Geforce GTX 960M fitted on a 4th Generation Intel i7 4790 3.6Ghz CPU and topped with 16GB of RAM. Thronebreaker: The Witcher Tales is also coming soon on Xbox One and PlayStation 4 via digital store releases. We don’t discuss review scores with publishers or developers prior to the review being published (click here for more information about our review policy).

Thronebreaker: The Witcher Tales offers beauty in a very unexpected genre, mastering the art of storytelling combined with amazing RPG elements, to memorable characters and gut-wrenching decisions that challenge your values and morale. It presents a card game we’ve previously been introduced to, GWENT, that sucks players in, even those who are not fans of card games.

Review: Awkward
Be the first to comment!
Leave a reply » 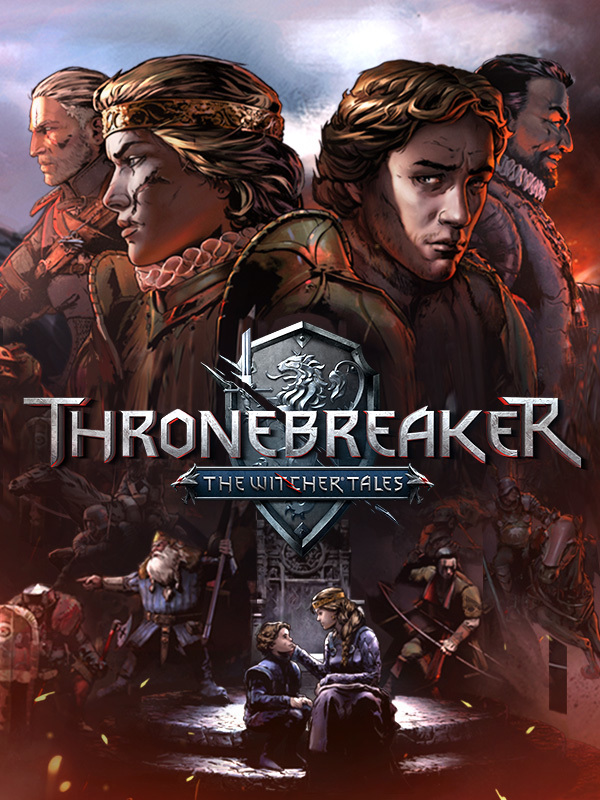