Review: This is the Police

You know that one head of the police department that we see in every cop movie? This old officer or veteran who keeps on complaining that the movie’s hero is doing so much damage and that the mayor is always on his back? Well, in This Is The Police, you play exactly this character, and yes the mayor is actually on your back! You have just learned that you will be retiring in less than 180 days and you need to do some favors in your final career moments to insure a comfortable retirement.

The feat that the young studio WeAppy managed to accomplish here is to perfectly combine two styles of play that are rarely found together. This Is The Police is a sim-management game, where your task is by base to smartly deploy its police force in the city, plus a narrative element with a good story.

As head of the police department, you have the very difficult and often amoral choices to achieve your purposes. Freeburg is a city in which you must provide security for its citizens; the latter is infected with criminals, gangs, a sprawling mafia and corrupt cops. The game’s story is told by an animated comic book with great voice acting, that give a good credible personality to each character. The game’s narrative level is totally surprising: both comical, poignant and downright gloomy at times. You will attach to the main character, his environment and you’ll learn to hate his enemies like any properly written novel.

At the management level of the game, you end up having to assign police roles of investigating and reaching crime scenes. It’s very simple to learn, and most aspects of the work of a police force will be in your hands including the management and the occasional deployment of the SWAT available to you. The managerial side is totally complete and satisfying for fans of the genre.

Every day you pass by, you are basically tasked to send police officers to respond to crimes in the best way possible. Since not all cops are equal, some of your officers are much more competent than others; which brings the part of having to match them in teams to address the failures of individuals. You will also send inspectors into unsolved crime scenes at later stage, and this part of the game is also very satisfactory, since you need to literally reconstruct crime scenes in order to identify the right suspects. This freedom of action in the game, that really puts you in the shoes of a police force “manager”, offers an immersive experience that pushes you to get the best results every time.

This Is The Police also reaches out to your common sense, with a plethora of moral choices to make in the story. As a police chief, you’ll have decisions to make in the field for your police units, and good or bad ones are fairly easy to spot for anyone who has an idea how should a police force run. For each mission, you will also receive a report of the progress of the intervention, like was the suspect arrested? Was there any victims? Did you requisitioned illegal material? In addition, the various scenarios are sufficiently varied and complex that they never feel the same, to prolong the immersion in the role.

In short, there are plenty of details that work out to immerse yourself in the narrative universe of This Is The Police and, frankly, succeed wonderfully. You will find yourself engaged in a land filled with gang members, mafias and territory wars and will ask you to choose between two wrenching options: help a friend and sell his soul to the devil or let a friend down and retain a certain inner purity? You will be able to falsify evidence, bribe employees and even murder anyone interfering with your goal. For lovers of management games, this is a game to try without fault, even if the theme is risky given the current world situation we live in.

This is the Police was reviewed using a Nintendo Switch downloadable copy of the game provided by THQ Nordic. The game is also available on PC, PlayStation 4 and Xbox One in digital release stores. We don’t discuss review scores with publishers or developers prior to the review being published

For the first title of this young Belarus studio, WeAppy's This is the Police managed a feat by combining narration and sim-management and is a must for fans of both genre. 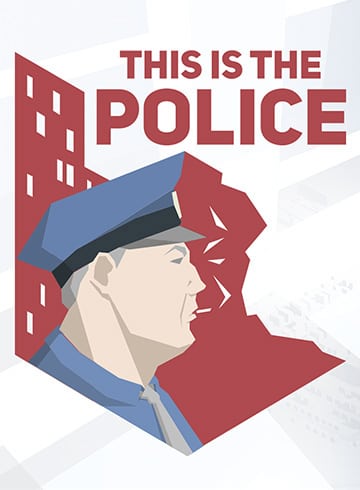