Review: This is the Police 2

Halfway between an interactive novel and a management game, This Is the Police 2 continues in a way the story of police chief Jack Boyd now in Sharpwood right after the original game (reviewed here on the site) which came out in less than a year ago. Highly influenced by 1980’s detective stories, WeAppy Studio decided to expand on the experience, adding more gameplay elements including a simplified take on the XCOM recipe, but is it worth it?

The heart of the gameplay in This is the Police 2 is pretty similar to the original, where on a daily basis, you basically manage police shifts in the town of Sharpwood. This translate into answering calls with a time limit, deploy police officers that are deemed fit for the situation and obviously solve the crimes appearing on a miniature map of the city. Most situations will come back to you, where your officers will ask for orders in the form of a description and three different choices you can take. You will have to rely on common sense in distinguishing real crimes from false alarms or absurd situations, and even skip some that you believe is a waste of resource. Everything, in the end, is a question of stats, skills and time resource management.

At the end of each day, based on the successes or failures of your choices, you’ll receive an certain amount of a weird currency in the form of beer tabs used to recruit new officers or buy weapons. An unprecedented aspect that brings a concrete notion of progression, providing you manage your game from the beginning properly, otherwise, the consequences in the long term can be difficult to manage.

There is also an extra hint of depth from the original title, and that is on the front of investigations. The latter now take a longer time to be solved, which force you to assign one or more agents to the task, who will search for clues and hopefully find potential leads, over several days which are represented in the form of little polaroid. These allow them to reconstruct the whole case, which in the right order will determine who of the two proposed suspects is guilty.

This is the Police 2 starts right away in the midst of a drug bust led by a small 4-man team of Sharpwood cops. New to the franchise, you take control of a group armed policemen as mentioned above in a grid-like XCOM and tactical combat mechanics. Fans of the genre will immediately feel at ease with this, as everything you’d expect is in there such as individual stats for each policeman like strength, intelligence, shooting, but also passive skills and equipment that you can assign depending on the situation. Those range from tasers all the way to stun grenade so you can defuse an instance that could get nasty like a hostage situation.

As many lethal and non-lethal options are given to us, the loss of a valuable agent is so painful to your squad that you eventually end up going for a stealthy approach, or exploiting the lack of subtlety of the situations. If some missions seem complex at first, it is generally enough to play them singlehandedly in a discreet way, observe how enemies roam around the map, so you can advance on them from the back and pacify them. For someone like me that is a fan of XCOM-style games, I will note that it’s rather easy, and most of the time too slow pace and can be difficult to read the map overall – especially on the Nintendo Switch handheld mode – but at least it changes from the monotony of the rest of the game.

In terms of storyline, This is the Police 2 picks up after the end of the first game. Jack Boyd is running away from his past, chased by federal agents under corruption charges (which most of you would know already if you played the original). Fate sadly had other plans for Jack, who finds himself arrested by Sharpwood officers during a drug bust, as the place he rented was a stash for a local gang. He meets deputy Sheriff Lilly, who took over the role of leading the department after the previous sheriff has been killed by the same gang. Her character brings in a lot of interesting topics, including sexism and gender inequality at the workspace, as Lilly is struggling to win the approval of her dominantly male colleagues in her new role. She eventually gives a pass to Jack, under the condition that he helps her out to use his more “aggressive” methods to put order in the department and hopefully hunt down criminals in the city of Sharpwood.

In the end, like with the first game, the player is directly involved in the fate of the city, and our hero has moral choices to make and multiple events will alter his responsibilities. Add to that a jazzy soundtrack and vector art style watercolour graphics that perfectly fits the gritty tone of the game, you are swallowed into an oppressive atmosphere and the violence that is all over Sharpwood.

This is the Police 2 was reviewed using a Nintendo Switch digital download code of the game provided by THQ Nordic. The game is also available on PlayStation 4, Xbox One and PC via digital store releases. We don’t discuss review scores with publishers or developers prior to the review being published (click here for more information about our review policy).

Despite not much changed in the core game, and the tactical combat mechanics are rather simplistic, This is the Police 2 is a solid sequel to the original game. 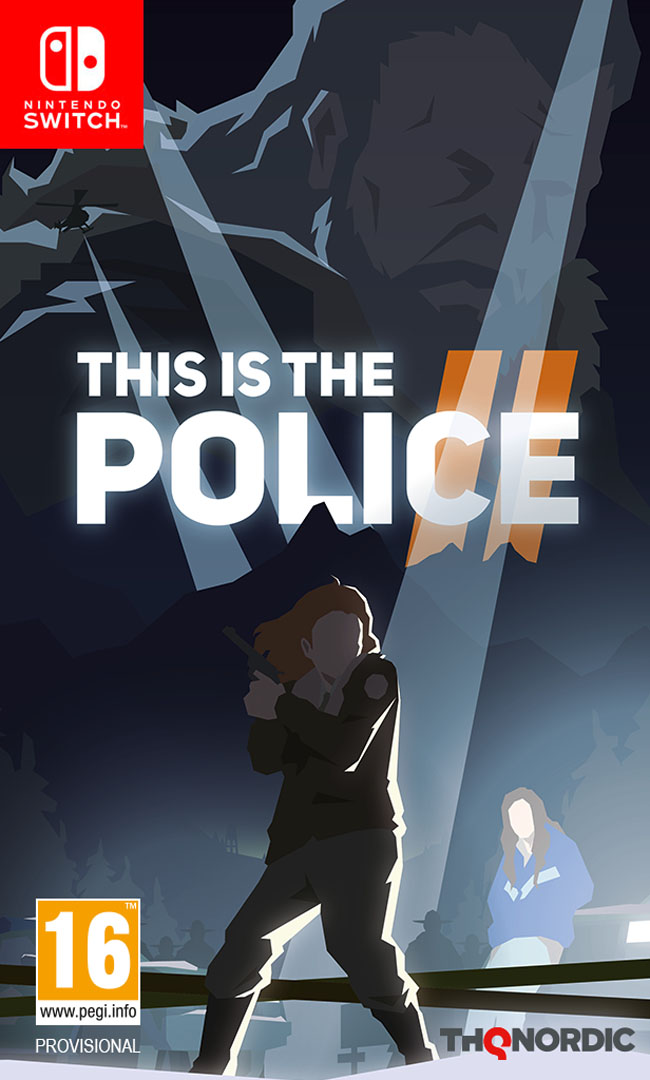