VR is still at that stage where we’re exploring its possibilities, and the big question is whether VR can branch out into something with its own substance. That’s easier said than done, considering developers have to think of a whole new way for players to interact with their games rather than simply retool existing concepts.  This means there needs to be an analysis of how the gamer sees the world of VR

For the most part, VR games have excelled by keeping things simple; they give the player a first-person perspective and they keep the movement space small or limited. Not as many of the titles use the third-person perspective, and that’s where Theseus differentiates itself. It also goes for a more narrative/exploration focus. Does the format change work or does Theseus join other underwhelming VR titles?

Well, Theseus is definitely an ambitious title. Its surprisingly highbrow plot draws heavily on Greek mythology. Your character is a big dude who wakes up in some ruins for some reason that isn’t made clear. A little bitty light guides him to this figure named Ariadne, and Ariadne asks you to go into a labyrinth, brave some dangers, and kill the ancient Minotaur.

The story of the minotaur, Theseus, and Ariadne is a pretty classical one but to refresh your memory, the maze is a sort of SAW-esque torture chamber where you get lost and a giant half-bull eats you. The whole purpose behind this is a sort of sacrifice to Poseidon the sea god. Ariadne is the general manager of the maze having gotten the gig from Minos, the king of Crete. Eventually Theseus shows up, having entered himself into the maze to finally kill the monster.

Ariadne falls in love with Theseus, and as such she ends up providing him with help to ultimately vanquish the evil monster, and they live happily ever after (for a while at least).

The game messes with the traditional narrative a lot and kind of presents its own version, but the basic idea is the same: Ariadne is there to guide you around, the minotaur is a big scary monster, and the maze is a broken-down and unsettling place. A maze is a pretty ideal setting for VR because you really feel like you’re completely surrounded. The minotaur is also a pretty terrifying figure up close, so the game succeeds in giving you scares.

However, the story doesn’t really seem to do much with the classic narrative in terms of its morals or the reasons for the minotaur being slain. Instead, it’s a really straightforward story of you killing a mythological beast. While the VR makes for a great technical spectacle, we’re still not seeing complex or layered storytelling, and it forces us to ask whether someone will try and tell a more fleshed-out story using VRY.

The game does, however, manage to elevate itself above the usual action fare. It puts much more focus on other gameplay elements, such as stealth, and you have tools like a torch that you can wave to keep monsters away. The fact that the pace is steadier is actually a godsend, considering how action titles in VR have a tendency to get a little too hectic.

As for the perspective, you’re essentially a static third-person camera that moves around whenever Theseus enters a new area, and then you can navigate Thesesus. You’re able to tilt your head around to get a complete look at the room, but the “camera” itself is stationary until Theseus moves to the next room, and the “camera” jumps to the next point. There are sections where you basically end up right behind Thesesus, and these are the most immersive.

Ultimately, Theseus doesn’t end up doing as much as it could have, and it feels just as short as most other VR titles on the market. The ending (there are actually two but I just got one) feels abrupt, and once you get to the end you feel like you ticked a box. As usual, there’s more focus on showing how something like this could work than there is on actually developing it into a full concept. But it’s definitely a title worth experiencing all the same.

Theseus was reviewed using an PlayStation 4 downloadable code provided by Forge Reply. We don’t discuss review scores with publishers or developers prior to the review being published

Theseus has some interesting ideas, and it manages to create an immersive atmosphere, but it doesn’t flesh out its concepts enough to create a full-fledged VR adventure title. It feels like it has some great ideas but it doesn’t explore them as much as it could have 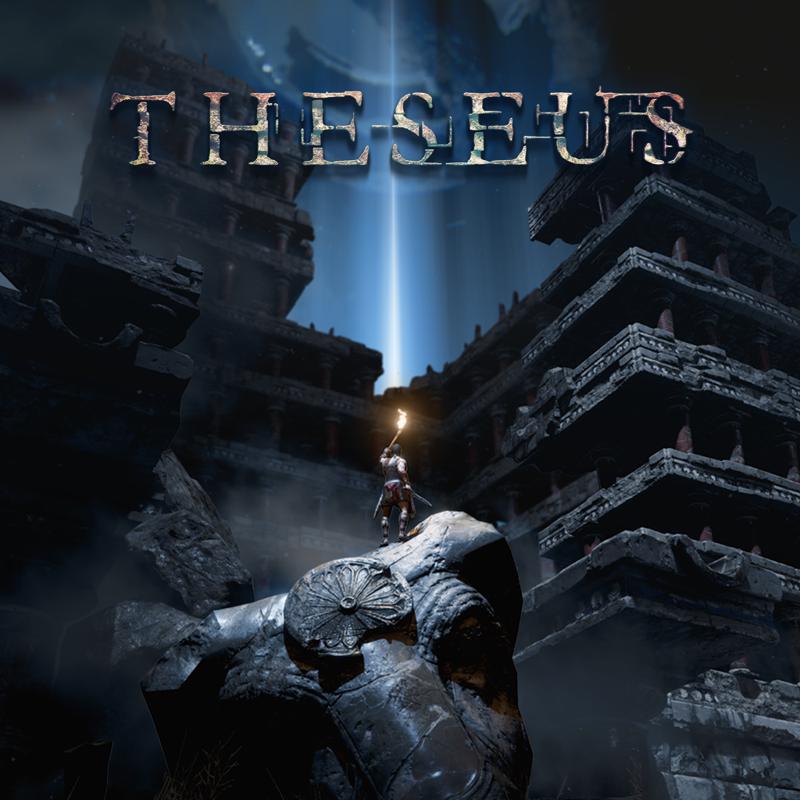