The Sexy Brutale Full House Edition starts with a simple goal: The manor on one random day will see all of its 7 guests brutally murdered, yet you have the strange power to relive the same day over and over again, and so you start your day at noon and are free to explore the manor to find out who is the next person to save. Once it has been uncovered, the observation part begins: listening to conversations, understanding the routines of the murderer and future victim, or searching for objects that can help you prevent the murder… All of this is necessary to know what plan to adopt in order to save the future victims. It’s a long process that will involve restarting the day and organizing your movements, since each routine systematically takes place at the same time, with certain noises (shots, broken glass) will serve even as temporal markers in your progress.

There’s some subtleties that are key to the gameplay, including a system of objects needed to be recovered and divided into two categories. For example, if you do not lose the gleaned information and key objects, the rest of the items will return to their original location when the clock is reset to noon. That force a time management calculation that will need to be taken into account when planning the new playthrough and optimally try to save everyone in the manor from their death. On top of that, you can also make your life hard by collecting two more types of collectibles – optional, of course – including the 9 invitations of each of the Sexy Brutale guests, as well as 52 playing cards, which have a special award for collecting them all that you won’t regret.

With each rescued guest, you then retrieve a mask whose powers will allow you to explore new parts of the manor, thus adding a small Metroidvania dimension to the title. Even with its gameplay mechanics, The Sexy Brutale Full House Edition is not however repetitive thanks to different gaming situations and varied ambiance of each location in the manor. The game will eventually gain in complexity as you progress and propose a difficulty perfectly dosed that will suit =amateurs of the genre. I will note that it is regrettable that there’s no true way of getting clues from the game or lowering the difficulty to players, especially to those that might not see it as accessible as a more puzzle and patience oriented player. In any case, The Sexy Brutale Full House Edition is perfect for methodical and observant players, which are demanding qualities that only few games recently managed to do including the recent HITMAN.

On top of a complex and carefully crafted game, The Sexy Brutale Full House Edition is also well thought out in terms of a story, justifying all the oddities of the manor. It is pretty much impossible not to like the soundtrack evoking the manor party and its colorful artistic direction which is a perfect contrast to the dark universe it tries to portray.

The Sexy Brutale Full House Edition was reviewed using an PlayStation 4 digital code of the game provided by BadLand Games. The game is also available on PC and Xbox One in digital stores, while a retail edition is only available for PlayStation 4 for select countries including a CD of the official soundtrack and a full colour manual on the game and development background. We don’t discuss review scores with publishers or developers prior to the review being published.

It's hard not to like The Sexy Brutale Full House Edition, thanks to its refreshing and original game concept. While it doesn't just rely on its neat artistic direction and great soundtrack, the game is also a demanding one for newcomers and fans of puzzle games, but it's only problem might be that it's too short. 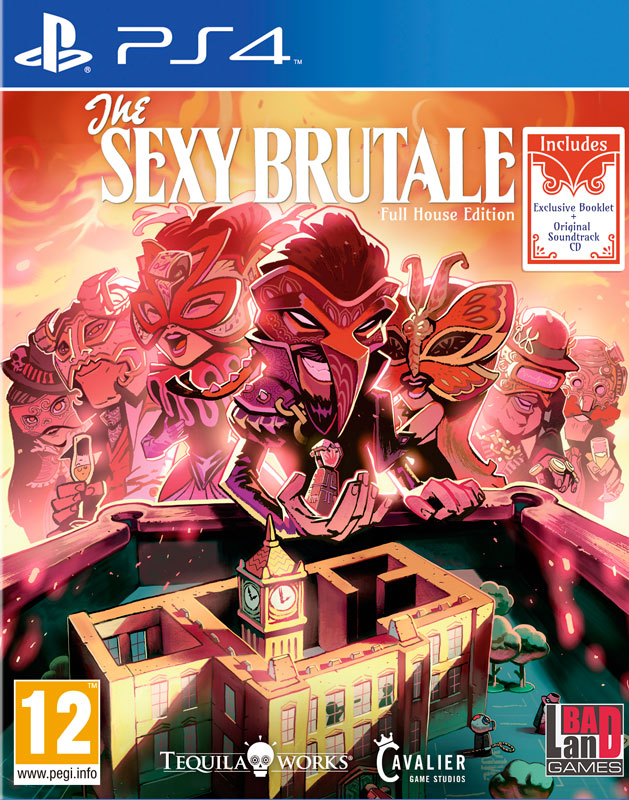