After a Japan only release back in 2017 on the PlayStation Vita, Nippon Ichi Software’s The Longest Five Minutes finally comes to the West with a PC and Switch version, which I reviewed on the latter platform. Aiming to go back to the old days of JRPG like Tokyo RPG Factory’s Lost Sphear, the game is undoubtedly something older fans of the genre might like, but is it really good?

Clearly inspired by other game experiences, among them the fun and quirky Half-Minute Hero, The Longest 5 Minutes is a JRPG that bets heavily on a complete reverse of its narration to start the adventure, as you kick it off right in front of the end boss. A daring bet, which brings a little freshness to the genre, but also reminds me of the recent Final Fantasy XV.

True to its original promise, the game kicks off with a fight against the Demon King, a fight that you’ve been waiting for years, an end to an epic adventure with your three companions. Sadly a last-minute amnesiac main character brings trouble to our band adventurers. Unable to deliver the fatal blow to the end boss, your friends will then try to stimulate your memories, by pushing you to recall key parts of your adventure, acting like flashbacks.

And so it is at this point that the game returns you to the very beginning of the adventure, which is pretty traditional in its own way. After finding your companions, you are left for a dozen of hours of random random combat and other item-based quests, involving a ample amount of characters that are quite interesting, borderline crazy. But by contenting itself with a few narrative flashbacks that save precious time for RPG players, The Longest 5 Minutes may be a little quick to ignore its originality and fall back into a most unexpected classical gameplay mechanic.

The game borrows almost all the DNA codes of your classic JRPG, by opting for a tone that is a bit more chill than the usual, which gives it a certain welcomed lightness. The Longest 5 Minutes is intended to be a concentrated ten hour long adventure, which does not bother you with the lengths often inherent to the genre, and keeps only the highlights of the adventure. As mentioned, each chapter will be triggered by a recollection of memories of the story’s main character, which is aptly named Flash Back.

With this concept, The Longest 5 Minutes ditches the wandering around the world and other endless dungeons, as each sequence of the game depicts key scenes, which increase at the same time your character level without doing anything. So you only have to explore couple of cities and other dark caves in search of key items or characters that will help you advance in the plot, and eventually getting your “foreseen” fight with the end boss. If each of the forty or so flashback chapters requires you to achieve a certain objective, there’s also additional side-missions that provide an experience bonus and require you to explore more in depth small environments and areas.

And if this segmentation is rather nice and upbeat, The Longest 5 Minutes eventually offers nothing more than its initial pitch. With a resemblance of a JRPG by starting with the end of the adventure, the game loses the opportunity to play on its narrative or really surprise its audience. Admittedly, the game offers a few key story choices along the way, but their impact on the storyline is ultimately vague.

If the rest of the gaming mechanic system is more traditional, its frantic pace and amuse-bouche chapters will help those that are impatient, and just want to get right to the point, without going through a series of numerous playthrough to get the optimal build. I will simply regret that the combat is ultimately down to some simple attacks, with no real visual effects to make us feel the need to change between magical and melee damage.

Despite all this, there is still a form of energy and impact that manages to overcome all these defects. We really manage to feel an urgency during these long minutes that stage the last fight, which gives the title a frantic pace. This is certainly due to the musical piece chosen throughout the battle, which perfectly captures the tension and heroism of our actions. The entire soundtrack is rather successful overall, although most themes are frankly forgettable outside two or three excellent tracks.

The Longest Five Minutes was reviewed using a Nintendo Switch downloadable code provided by Nis America. The game is also available on PlayStation Vita (in Japan only) and PC in digital releases. We don’t discuss review scores with publishers or developers prior to the review being published.

The Longest Five Minutes has the allure of a JRPG, yet hiding an interesting and quick visual novel experience that might entertain some players. An interesting gaming experience, but not deep enough for JRPG fans.

Review: Dragon Quest XI: Echoes Of An Elusive Age
Be the first to comment!
Leave a reply » 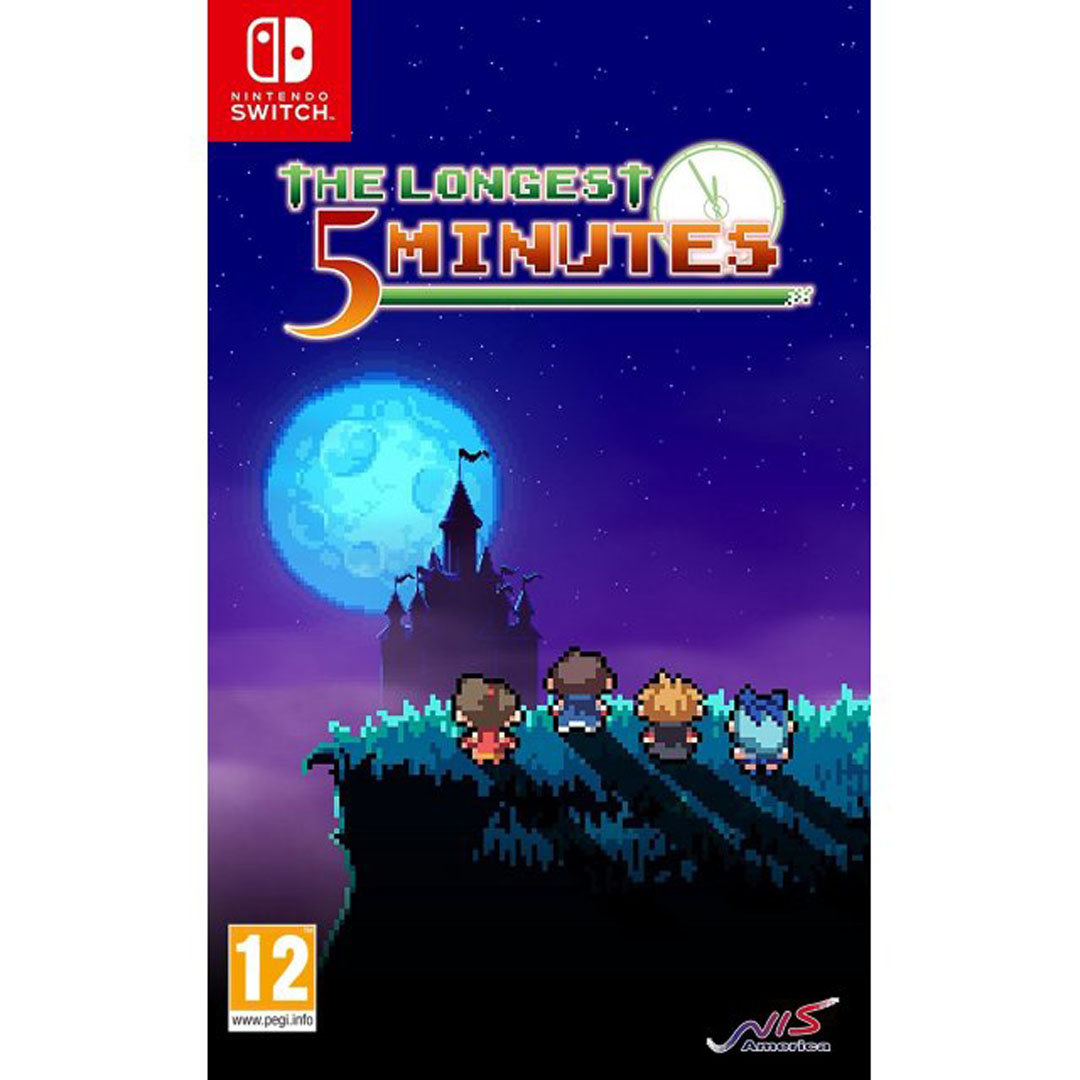