Taken by a surge of nostalgia, indies have for years delivered productions bringing so many glorious references of the 1980s or even 1990s. The Fall is part of this trend, putting you in the shoes of an AI sentient being known as A.R.I.D., in charge of protecting his assigned human being at all cost. Following a massive fall from space and an obvious crash landing, you are stuck in an uncharted area which seems unfriendly at first sight. As if that were not enough, the human you are supposed to protect has lost consciousness, and so it’s up to you – the AI – to save its life. This is how The Fall starts off, with some references to a darker Metroid game, yet with the gameplay of Another World, a Point and Click adventure game, now available on the Nintendo Switch, roughly 3 years after its launch of PC.

Heavily influenced by what most Sci-fi movies and stories follow with robots, otherwise known as Asimov’s Laws (or the Three Laws of Robotics), The Fall will let you control the AI with strict rules. You cannot harm a human being, must obey them at all cost, while protecting himself without breaking the first two. How that translates into the game is quite interesting, as these set of rules will have a direct impact on the AI’s choice of dialogues and directions taken by the narrative, always consistent and which guarantee immersion in the world. If at first, our AI will easily solve problems, it will soon be confronted with moral choices that will torture his “mind” and lead to quite a dramatic ending, which will eventually push your curiosity and play its sequel.

Repeating the typical patterns of Point and Click, the progression in The Fall is punctuated with puzzles that will appeal to your sense of discovery. The character is equipped with a flashlight, allowing him to reveal points of interest in the environment, which you’ll have to check to get crucial information, trigger some mechanism or retrieve objects that you need to use wisely. While not easy, the puzzles remain logical and can be solved with a minimum of common sense and head scratching.

The user interface has been revamped for this Nintendo Switch release, taking the upgrades from the sequel – The Fall Part 2: Unbound – which came out this year, and comparing it with previous videos I’ve seen of the original release, I’m glad they did. Not content to only let you enjoy a simple Point and Click game, Over The Moon also incorporated some action phases in the game with gunfights and cover systems, which breaks the routine. This part was updated as well from the new engine or gameplay upgrades that were implemented in the sequel, and so the issue with weapon handling and movement mechanics are non-existent.

Visually speaking, The Fall grabs us in a neat and immersive atmosphere that suggests more than it shows at first sight, thus completing the quality narrative. The game is hitting the 60fps in both handheld and docked mode, with just a reduced resolution from 1080 to 720 when you switch from TV to playing on the go. Nevertheless, the game is not really demanding, as graphics, voices, or even the interface is voluntarily old-school.

The Fall was reviewed using a Nintendo Switch download code of the game provided by Over the Moon Studios. The game is was originally released in 2014 on PC, and also available on Xbox One and PlayStation 4 in digital and retail releases. We don’t discuss review scores with publishers or developers prior to the review being published (click here for more information about our review policy).

• A really interesting story with a great ending
• Alternating between puzzles, combat and well-balanced exploration
• A successful mood and setting
• Smartly priced for its content

• Regulars of the genre will probably find it a bit short

Now available on the Nintendo Switch, The Fall is a neat tribute to old-fashioned point and click, but also an engaging narrative and deep adventure that should be worth your time. 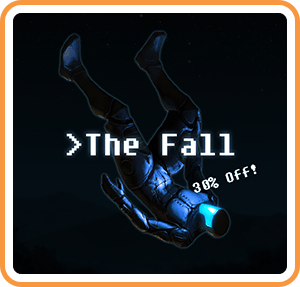