Around four years after the original game, The Fall Part 2: Unbound is a direct sequel that will delight the players who have put their hands on the excellent title from Over the Moon. This second part resumes the adventure where its predecessor had left us, and after my recent review of the original The Fall on Nintendo Switch, what better thing than to check its sequel?

The gameplay in The Fall Part 2: Unbound is extremely close to that of the first opus. The title is still based on exploration and puzzles, mixing old-fashioned point and click game mechanics as well as combat sequences in a sort of 2.5D environments. While the point and click part is the one that predominates the game since you will spend most of your time exploring numerous places, to discover a key object or interactive part that will allow you to advance in the storyline. Despite some problems of inaccuracy due to an obsolete interface system (which in a way was made like that on purpose), the rigidity of the character’s movements is still problematic, as we pointed it out in the prequel game review.

Nevertheless, the mobility of the character in combat is also much more dynamic and convincing than in the original episode (as compared with videos from the original version on PC instead of the upgraded Nintendo Switch edition), and if you are annoyed by these phases, then you can always cancel them when playing on easy mode. A rather appreciable idea for a title relying more on its narration and its riddles, and although the combat remains a minor gameplay mechanic, they prove much more successful than those of the original game.

More solid in its progression thanks to an increased variety of sets and 3 more characters (on top of the prequel original one), The Fall Part 2: Unbound isn’t as strong narratively than the first game. I sadly lost part of my interest in the original game, even if The Fall Part 2: Unbound treats the question of artificial intelligence with particular care, managing to make its four characters endearing without really giving them a humane side. In any case, it is difficult to say too much without spoiling part of the story, but I particularly appreciated the way the original character was treated, and his connection with the 3 other protagonists, done smartly during one of the key sequences in the plot. On the other hand, its ending won’t catch you by surprise nor will it let you eager for a new sequel like its predecessor did.

In any case, this direct continuation of The Fall remains in the vein of the first opus, namely a pleasant game for lovers of narrative adventures, around the issues of robotics, humanity and AI. Visually, The Fall Part 2: Unbound is aesthetically upgraded and also offers a wider variety of key settings throughout the 6-8 hours you will need to finish it (which is higher than the first game).

The Fall Part 2: Unbound was reviewed using a Nintendo Switch download code of the game provided by Over the Moon Studios. The game is also available on PC, Xbox One and PlayStation 4 in digital and retail releases. We don’t discuss review scores with publishers or developers prior to the review being published (click here for more information about our review policy).

• Longer lifespan than the original
• The ability to disable combat phases
• Good balance between action, riddles, and exploration
• More variety in the settings

If this sequel improves on numerous points, The Fall Part 2: Unbound isn't technically better than the original game. However it doesn't prevent players to have some continuation from The Fall, and hopefully, we'll be getting a third chapter to close the loop soon. 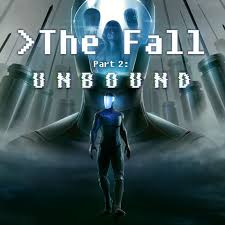