Even-though it seemed to be the ideal next-generation MMO, The Elder Scrolls Online had a bumpy launch year. Failing to convince both MMORPG as well as Elder Scrolls fans, the title was criticized to be too much of a lone-wolf game, with a lore and world smaller in scale compared to The Elder Scrolls V: Skyrim. What made it worse, was its monthly subscription, which many of the curious people didn’t dared  take the plunge, but now three years later, with a subscription-free model via The Elder Scrolls Online: One Tamriel Unlimited update, the game is has been reborn, and expanded with Bethesda’s first additional “chapter” called Morrowind.

Similar to DLC packs, The Elder Scrolls Online (or TESO) will expand throughout the years with content drops called chapters, and the first one which is Morrowind is priced at $39.99 including the base game (or Vanilla content), adding over thirty hours of story based missions, a new character class and a new raid to name a few. Bethesda hopes that the Vvardenfell Island will be a sufficient call to arm for former TESO players to return to Tamriel, but also attract the nostalgic Elder Scrolls fans of what remains one of the most popular RPGs of the past two decade, and gave its name to this chapter: The Elder Scrolls III: Morrowind.

The Elder Scrolls Online: Morrowind brings us then to the on the island continent of Vvardenfell, and for some of us Elder Scrolls hardcore fans, it is a kind of gigantic slap in the face, with a journey back in time to rediscover the immense city of Vivec or even Balmora and Seyda Neen, which I last seen back when the early 2000s (when HD games weren’t even a thing). It is great to see Bethesda has cared almost to exceed the expectation of the most loyal fan, bringing back everything that has made the charm of Vvardenfell into these modern days: from the singular architecture of the capital to its special flora and fauna (whether they are cute or bound to kill you), but it’s still a new adventure, as the story of The Elder Scrolls Online: Morrowind is set in the lore 700 years before the event of The Elder Scrolls III: Morrowind.

During that period of the Elder Scrolls’ great history, the city of Vivec is still under construction and therefore only resembles a glimpse of The Elder Scrolls III: Morrowind’s location. Yet, this inconsistency leaves at least in part the opportunity to travel in couple of known terrain that the series’ veterans will appreciate. It is interesting to note that developers still thought of these veterans, by allowing you to create a brand new character that can start its adventure directly in Vvardenfell, without the basic main game tutorial, in exchange for an introduction to the new region. But this island is not all fun, and sadly now populated by an incredibly high number of low-level Guardians at launch, as everybody seems to want to discover at the same time the new zone and our new character class. Too bad that even with a new chapter, The Elder Scrolls Online still feels impersonal and most players have a lone wolf mentality, so I hope that this sensation will last only a few weeks.

If there’s one sensation that should last, it is the impression of taking part of an RPG one discovers at its own pace rather than a MMORPG in the strict sense of the term, a kind of singleplayer adventure led by many players (almost how I felt throughout my journey with Destiny). Of course, guilds, group management and dungeons can be found in the menu of the game, but we feel that more care has been given to the narrative and different scenarios or stories. Thus, The Elder Scrolls III: Morrowind’s quests propose a real progression, where the main quest is no longer the only one to have a real effect of your choices, which bears sometimes heavy consequences and a succession of objectives that can lead the player on eight or ten missions throughout a region. In this sense, it brings it closer to the roots of The Elder Scrolls, which is dear to many players including myself.

This developers choice risks sadly disappointing fans of traditional MMORPG, those who cherish the interactions between  players and the impression of belonging to something that is bigger than they are, as they once again embody the nature of a savior as a character. From the first missions handed to you by Vivec, the demi-god of the city, one feels that our hero is the last hope of Vvardenfell in the The Elder Scrolls Online: Morrowind, something that will delight RPG fans used to this, but that is something too different from the core concept of an MMORPG. To be honest, this way of playing is not new to The Elder Scrolls Online and at the time of the release of the original game, I’ve already pointed out that problem.

The Elder Scrolls Online is already recognized for the quality of its missions which regularly avoids the fetch-and-deliver typical tasks known in so many MMORPGs. In The Elder Scrolls Online: Morrowind, the developers took even more care to this aspect, and from the very first moment on Vvardenfell, we learn everything that is at stakes on the island. There’s quests that ask of us to infiltrate traffickers and destroy the next harvest of skooma, or choosing between selling a slave or allowing him to regain his freedom, filled with many conversation and scripts that are well written. I regret, however, that the mechanics of these dialogues have not evolved and that the main story is a bit too often obvious.

On the technical front, while by the 2014 launch the core game not considered a graphical feat, The Elder Scrolls Online: Morrowind is just decent. Rather than a real graphical redesign, the game retains above all a quality artistic direction with an interesting coherence. The whole is very well supported and Bethesda’s mega-servers have improved significantly over the past three years. I do need to emphasize the fact that there are – as always – a lot of bugs and small connection problem, which sometimes involve random disconnecting in the middle of completing a quest. I’m also really disappointed by the lack of improvement of the user interface, which on PC seems to rely on the work of modders alone, but fortunately, Bethesda did an excellent job of fine-tuning the inventory management and map system.

Some players will be disappointed to see that this first chapter is not as rich in content as they would want. Indeed, Bethesda only introduce one new class of character, known as the Warden. This fifth class, however, seems capable of fulfilling many roles, from the DPS to a healer and even become a tank. It has a triple tree of skills: “Green Balance” is focused on care, “Winter Embrace” is for the tank side of the character and “Animal Companions” is more related to the damage set. In a very short time, some optimization specialists will probably have devised schemes to perfect the Warden, but at the moment I was mostly impressed by the visual impact of the Green Balance skill tree, and It seems more particularly indicated as a group player, potentially becoming the most effective support player.

If you are more of a PVP player, The Elder Scrolls Online’s vast battles are back, and if new players may feel somewhat overwhelmed by the size of Cyrodill (the main area) or by the multitude of ways to approach this type of content, the Morrowind chapter adds new options to its formula. Thought to be faster in terms of gameplay, arena battles pit three teams of four players in smaller enclosed spaces in order to have smaller scale clashes.

Capture de Flag and Team Deatchmatch are the starting offer for this PvP in three specific arenas (Daedra Ruins, Red Mountain and Dunmer Ruins). Players can join the queue via a simple menu within the TESO interface, and will win medals according to their actions, in order to win various rewards. Fluid and intense, these new faster type of confrontation proves to be great after a few games, even if one feels that the overall balance between classes could still need some adjustments to counteract the dominance of some builds.

The Elder Scrolls Online: Morrowind was reviewed using an Xbox One downloadable code of the game provided by Bethesda. The game is also available on PlayStation 4 and PC in both retail and online store releases. We don’t discuss review scores with publishers or developers prior to the review being published.

Since the release of The Elder Scrolls Online, Bethesda has not stopped enhancing its MMORPG and listening to fans. In this sense, The Elder Scrolls Online: Morrowind perfectly fulfilled the objective set by the studio: an invitation to a journey through time to (re)discover the island of Vvardenfell, which may disappoint the MMORPG purists, but that will delight RPG explorers.

Review: Wolfenstein II: The New Colossus
Be the first to comment!
Leave a reply » 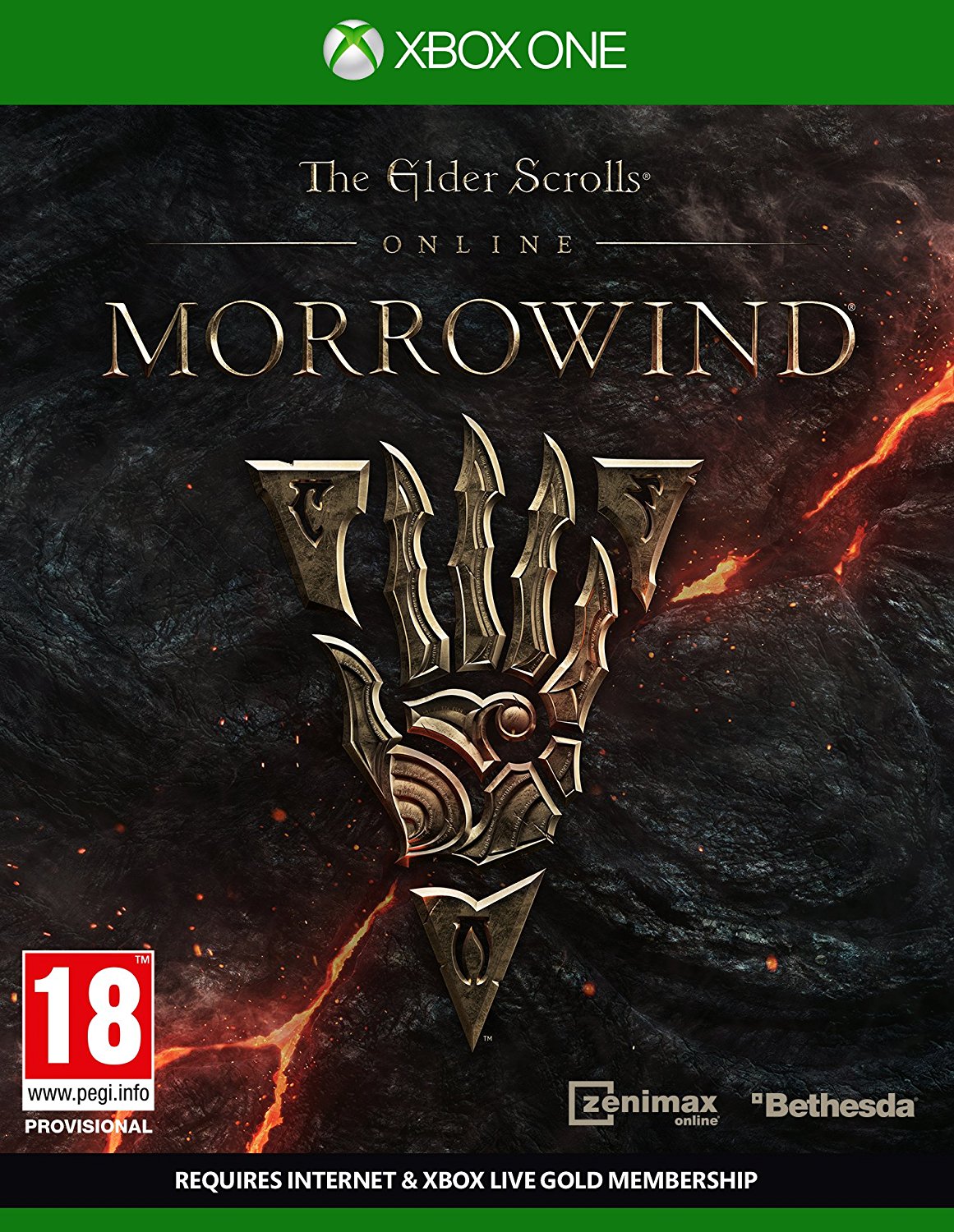