Born during a Game Jam Project in November 2014, “The Darkside Detective” project took a mere 8 hours of development by Paul Conway and Christopher Colston, catching the attention of the indie media outlets, praising its potential. And so this admiration by the press incited the the team to go into production mode – under the name of Spooky Doorway – and deliver a full game, which is now available on the Nintendo Switch since February 7th, couple of month after its release on PC.

Influenced by the graphical style of old games such as Day of the Tentacle or Monkey Island, the Spooky Doorway went with a similar artistic direction, with sharp blocks of fat pixels, to create a sort of X-Files style Police Quest point-and-click mystery adventure game. The result? Well it’s pretty great, but it has its flaws as well.

The story is set in our present time, in a city known as Twin Lakes, USA, where you play as Detective Francis McQueen and are in charge of the supernatural division (known as Darkside Division) in the police department… Or basically all the investigations that are too complicated for normal cops to solve. During your investigations, you are accompanied by Deputy Dooley, which relationship with Detective McQueen is one fun friendship full of humor and a hint of cowardice. The game will basically toss at you 6 cases which will see you chasing ghosts out of the city library, get rid of Gremlins at the police station, or fix a dimensional portal concern that prevents subway trains from reaching their respective worlds. Maybe not enough in term of lifespan, as the whole game can be pretty much finished in roughly 5 hours (or maybe 7 if you really have difficulty with some of the riddles, but I didn’t).

Yet, In each case, Francis McQueen has these long chat with Deputy Dooley, making you realize how much this duo destined to failed, is one of the biggest successes of the game: just dumb enough to make you laugh, that will lead a storyline full of puns and witty writing. Humor and adventure games may be linked by default, but few games have guarantee such a successful mix that translate into genuine laughter. Even when Spooky Doorway references its story with known pop culture such as the obvious reference to Twin Peaks, The Darkside Detective improvise and creates its own style with finely counted script, with jokes that aren’t too forced.

When it comes to the artistic work of this team, there’s nothing but praise here. Few nowadays dare to base their influence on old retro games, by going usually with a more visually impressive technology or even cartoon-style illustrations, but the Spooky Doorway went full on into pixel art. Following in the footsteps of the original Monkey’s Island, the game’s settings and environments brilliantly take advantage of the traditional resolutions, by mastering a mosaic of colors and sprites in all its pixel glory, without trying too hard.

The Darkside Detective makes good use of a rather morbid-toned color palette, that does not miss the opportunity to display enough detail to make the whole game alive. Adding HD lighting and lighting effects that were difficult to achieve back in those 16-bit days, and you get one fine pixelated canvas. But it’s also the amazing soundtrack that helps set the mood, which almost is a contrast to the goofy script, a tad serious and influenced by the 1980s heavy-synth scary-movie themes. And that is no surprise, considering the soundtrack composer is none other than Ben Prunty, who is known for the music behind FTL: Faster Than Light. The result is one weird mix of electro, jazz and some heavy synth bass lines that gives a gloomy and spooky mood, reminding me of a fusion between the Stranger Things TV series and Deus EX’s soundtracks.Hell, I can almost recommend the music on its own, which even pushed me to buy it as is.

The Darkside Detective was reviewed using an Nintendo Switch digital download code of the game provided by Spooky Doorway. The game is also available on PC in digital releases. We don’t discuss review scores with publishers or developers prior to the review being published

• What a wonderful creative direction!
• Great variety in cases and riddles
• The duo of Detective Francis McQueen and Deputy Dooley
• Award-worthy soundtrack from Ben Prunty

• Really short of a lifespan.

With a witty humor, great artistic direction, and award-worthy soundtrack, The Darkside Detective is a wonderful debut title from Spooky Doorway. While a short-lived experience due to its easy difficulty, it's a great start for this young studio, and I'm eager to see more. 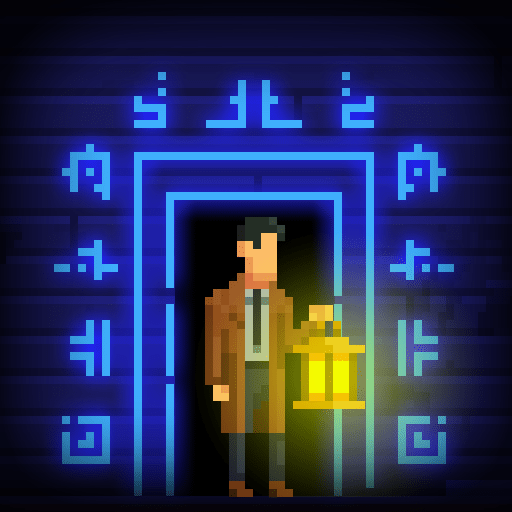