After the failure of the yet innovative Lost Dimension, Furyu tries once again with a new PlayStation Vita project with original RPG mechanics focused on tactics. Now under Atlus and localize for the West, the game is now called The Caligula Effect and finally out since early May on PlayStation Vita.

The Caligula Effect is a weird game (not in a bad way though), but then again like most work published by Atlus, it seems like this is a prerequisite. The story start very randomly, as the hero finds himself in an unknown high school, in the middle of a beginning of the year ceremony, and he doesn’t seem to know nobody. He then tries to escape and falls face to face with a student with a completely deformed face, realizing that he’s probably not in the real world, and meets a strange group of people calling themselves the “Go-Home Club”. These insightful young people realize that they are in stuck in a purely fictitious world created by a virtual reality program known as the Mobius, and will start devising a plan to return to the real world.

Soon enough members of this group develop the Catharsis Effect, a metamorphosis that will deform their body into creating weapons ranging from swords to hammers, all depending on the personality of the character wielding it. This state of trance will give them the strength to accomplish their goal, which is to kill μ (pronounced “Mew”), the creator of Moebius.

The greatest quality of The Caligula Effect is in its extremely well-written history, even if it’s difficult to appeal to people who don’t play many Atlus JRPGs. The topics covered are particularly serious, and reminds me of topics that other Atlus titles like Persona address, centering around the human psyche. The Caligula Effect directly challenges the player through the confrontation of ideas between heroes and other students of this virtual world high school, and pose real questions that could be applied to our current state of life: do virtual worlds and social networks take us too far from reality? Is this reality necessarily better than the virtual one? The Caligula Effect develops a lot on these common modern issues, but that’s a bit of time to make it clear in an exciting way, and that makes sense since it is written by Tadashi Satomi, who previously worked on the original first release of the Persona series.

Very similar to Persona, each ally will have his own story divided into progressive chapters throughout the game. This annex is at least as good as the main story because the revelations are no less poignant and suspense always kept strong. And as in the whole of the narration, the quality of writing does not prevent The Caligula Effect from having a touch of humor, often with good intention. Beyond the main characters, the title allows you to bring any NPC on your team, a principle already used by developer Aquria in Sword Art Online Hollow Fragment. But to the extent that these are essentially copies of your own characters in terms of combat capabilities, the option turns out to be very soon anecdotal and more of a personal choice of how they look.

Sadly where the Furyu game didn’t impress me is in its progression. The Caligula Effect’s dungeons are played one after the other, in a very linear path, with no way of doing something else on the side like sidequests or even mini games. This lack of side content would not be very serious if the structure of the game or the dungeons was good or even interesting, but I’ll be frank here, it is not the case. The Caligula Effect level design is painful with dungeons lacking in clarity, and which are finally turned into a long succession of boss fights, where you get often lost, and will most probably push away impatient players. It’s a bit sad, considering that the whole concept of a RPG is to find every nooks and cranny, farm a bit to level up, and reap the rewards, but the progress in Caligula is ultimately more laborious than motivating. I’d note that the technical part of the game doesn’t help as well on that front, with excessively long loading screens, outdated graphics, and a very inconsistent framerate.

Nevertheless, The Caligula Effect’s fighting mechanics are great, thanks to a turn-based active time battle system which allows to build sequences in a completely innovative way. The first feature is that the system allows you to see the future, by showing you the enemy’s intention after each of your action, so that you can adapt your strategy. Depending on the type of attack, you will have to use a particular counter or defend yourself, based on a traditional rock, paper, scissors mechanics. Once the counterattack is initiated, you can build complex combos either by projecting the enemy into the air and using techniques with an aerial combo bonus, or by dropping it down to continue with a set of ground attack bonuses. The best part is that it’s not all just a series of action sequence, as the timing to connect these attacks is very meticulous, and rely on your reflex instead of just watching your characters do everything on their own.

Finally, all enemies in this game smartly adapt to your current level, which makes them more dangerous as you progress throughout the game. But if the system is brilliant, the challenge is not always there once you master it, and only large groups of enemies are really complicated to defeat, and sadly most bosses lack ferocity.

The Caligula Effect was reviewed using a PlayStation VITA digital code of the game provided by Atlus. The game was originally launched in Japan in June 2016. We don’t discuss review scores with publishers or developers prior to the review being published.

The Caligula Effect is as fascinating as it is technically failing as a game. This is the kind of title that will be probably remembered for its art style, story and innovative gameplay, but will sadly at the same time, be known as a technical mess and bland progression.

Review: The Alliance Alive
Be the first to comment!
Leave a reply » 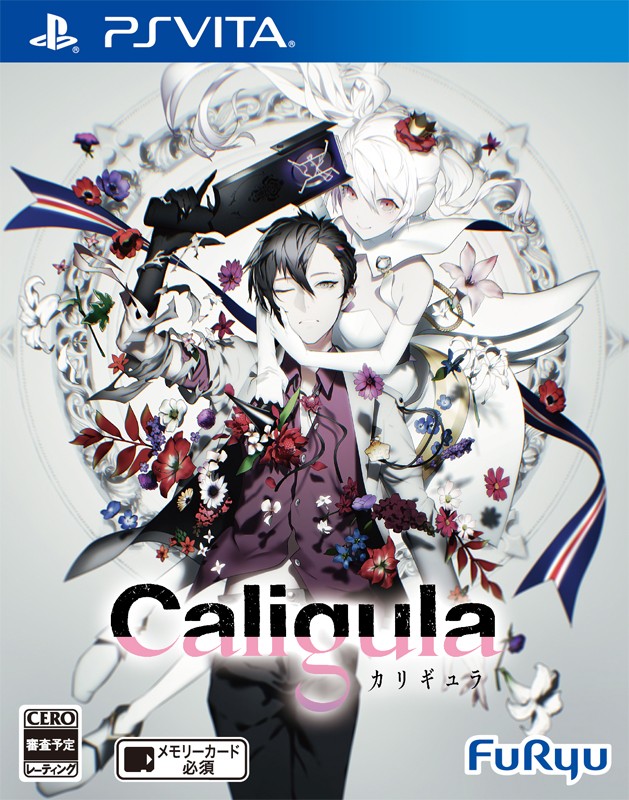