Available since 2013 on PC, Teslagrad has paved the way for a release on numerous consoles throughout the past years including the PlayStation 3, Nintendo Wii U, Xbox One and much more. But with the flood of games on a yearly basis, I find it great that the Nintendo Switch has become my personal way to discover indie titles for the first time, which is the case of Teslagrad for me.

The game all starts with a little boy escaping soldiers of a terrible monarch, one reigning on a city mixing agreeably architecture of early 1900s Eastern Europe cities, with a hint of steampunk. The most obvious representation of this combination of styles is embodied by the huge building in which the hero will find refuge: the Tesla Tower. Symbol of the technological boost of this industrial steampunk civilization (and part of the game title), it will also be the core of the whole game that will pivot the story throughout the game.

There’s no need for words or cinematics to convey the story, told  instead in the way of automaton theater plays and paintings. Years ago, the prosperous kingdom in which the game is based in, was being attacked by rival powers,  jealous and wanting to steal its riches and knowledge. Anxious to protect its people, the sovereign asked the most talented scientist to develop a weapon capable of repelling the attacking forces. Now able to control electricity in powerful ways, the threat was quickly pushed back. Sadly, blinded by the damaging power of this new science, the king eventually turned into a tyrant and ordered his men to chase the scientists to keep a control on this powerful technology. And that’s when you embody the son of these exiled scientists, locked up in the huge Tesla tower.

Visually, Teslagrad is on the side of handmade painted graphics, with characters and sets in 2D recalling the aesthetics of old cartoons and comics. The result comes to life on the screen with remarkable finesse while managing to create a strong visual identity. Powered by the Unity engine (like many independent productions at the moment), the game offers a technically mastered overall rendering, whose attention to details of certain stages show off the skills of the Norwegian studio Rain Games. There’s over 36 film reels to find in this game, revealing secret parts of the story and lore, which will be found by different methods involving more or less skill, or to get rid of bosses on top of over a hundreds of original puzzles to complete the adventure… You guessed it, there’s a lot to do.

The whole game mechanics relies on the power of electricity, which is going to require me to explain basic physics courses from the high school days. The basic gameplay concept is based on magnetic fields and their control: two elements of opposite charge attract while those identically charged repel each other. Once this notion is stuck in the back of your head, exploration can begin. As a worthy representative of the “metroidvania” genre, the logical progression will regularly bring us to various objects necessary for your progression in the “world” map.

Initially limited to using small robots to polarize certain structures, our young hero will quickly find a pair of gloves that can charge the mechanisms within reach to positive or negative. Then come boots conferring the ability to dash forward to cross grids and deadly electric beams, a polarizing hood capable of creating a magnetic field around the character and finally a “staff” that can send electric jolts from a distance. A full range of abilities to use and combine at the right time to defeat the twisted contraptions and puzzling traps of the insane amount of rooms in the tower. Each new room guarantees a lot of thought and puzzles sometimes complicated at first but whose resolution will always be relentless logic and Eureka moments. All you have to do is get used to meticulous polarity controls, and the progression should go smoothly.

But sadly, one of the main qualities of Teslagrad could also be one of its rare flaws. Built around a central magnetic elevator blocked by doors to open, you will sometime need to get rid of some boss that don’t allow for the slightest mistake. Our young electromancer has only a one hit point, which is quite annoying when you are trying to figure out how to beat these combat phases. The problem here is also the lack of proper checkpoints during these battles. To die at the last second of a confrontation will inexorably bring back the player at the beginning of this instance. Surely enough, this lack of proper control will be seen as a great old-school challenge for some, but it can be frustrating in some rooms overflowing with deadly traps to avoid with ridiculous precision.

However, it would be a shame to stop only on this point as the overall quality of the Teslagrad is great. Nevertheless, the few 6 to 8 hours of play constituting the core adventure (or more if like to get all the reels) is a series of great ideas pushed by a well executed artistic direction, a discrete soundtrack but totally adapted to the ambient subtlety of this universe.

Teslagrad was reviewed using a Nintendo Switch downloadable code provided by Rain Game. The original game was released in 2013 on PC, followed by a Wii U, PlayStation 3, PlayStation 4, Xbox One and PlayStation Vita release in both retail and downloadable versions in 2014, 2015 and 2016. We don’t discuss review scores with publishers or developers prior to the review being published.

Teslagrad is a great entry in the metroidvania genre, and proves that this small Norwegian studio that is Rain Games could potentially have a great future in game making. Filled with riddles and challenges, the core game's mechanics is quite interesting, and its artistic direction is a treat to the eye and ears. It would be a shame to miss this experience on the Nintendo Switch, unless you already played it on previously released platforms. 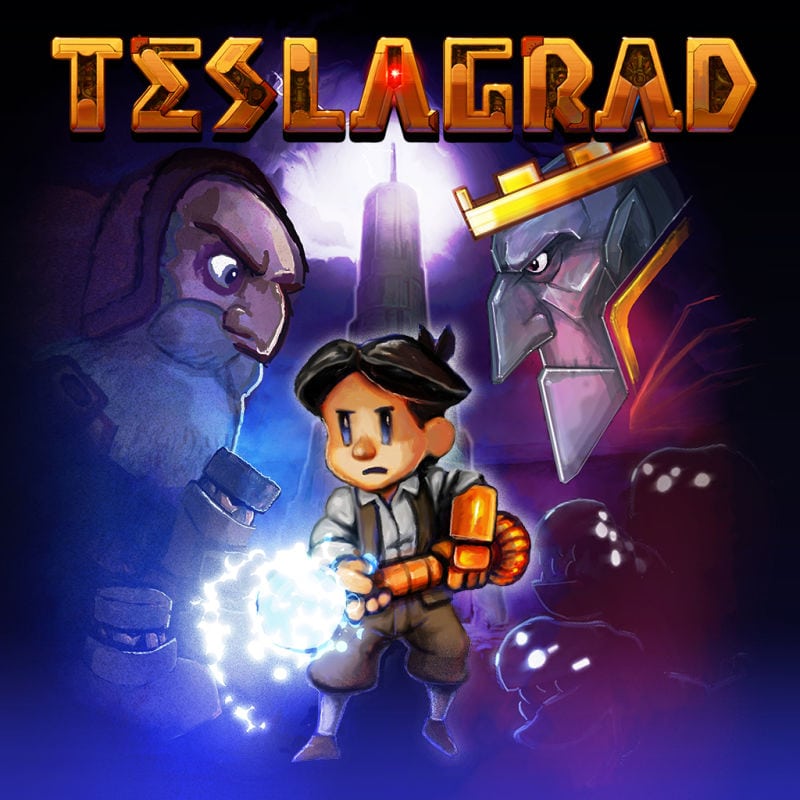