I should start things off by saying licensed anime games don’t really do a lot for me. Despite the fact that they mix two things that Japanese studios are arguably already pretty good at, anime titles often bring very little of interest to the table. More amusingly in the case of sword art, it’s a full circle, because Sword Art is an anime about games, and this is a game about an anime about games. Welp, let’s see how it pans out.

I don’t know much about the Sword Art games, but I know they usually put you as a fixed character. This time around you can customize your character. Full disclosure, I messed around with this feature for a little bit and then moved right on; I’m not a huge fan of character customization. I’m also not a big fan of really, really long intro sequences but lo and behold, it took the better part of an hour to get to some actual gameplay. Not cool, game.

Eventually, the game tosses you into its MMO world, Gun Gale online. GGO is more based on gunplay and shooting, so the game is already kind of different in that it’s not based around fantasy or more classic RPG tropes. Basically the game revolves around the character trying to get to a new level in the MMO that supposedly boasts some pretty cool gear. The only way in is to get an AI dude called the ‘AfFA-sys’. A bunch of baddies try to steal it, you survive, and the game is on.

And by game I mean grinding. There’s a ton of grinding in the game. If you want things to be straightforward, look elsewhere. Here be grinding loops. The game is supposedly set in an MMO world, so if they did that on purpose, kudos, they really captured the MMO style and structure.

The AI dude is kind of your one-stop shop for upgrading and buying stuff, and it manages to take care of that pretty well, except for its unintuitive UI. As for the map system it’s okay, and it’s complemented by a pretty decent fast travel system. Again, design wise it’s not amazing, but it’s functional enough.

I’d say the game’s crown jewel is the gunplay. Rather than go for a more traditional third-person feel, Sword Art instead goes for fast and frantic hack-and-slash gameplay that is more based around dodging and moving quickly than it is around cover. You have a decent variety of weapons and most feel like they have a decent kick to them. There’s also a grappling hook/hookshot dealy that lets you get around quickly, so there’s quite a bit of locomotion. Shooting really redeems the game, and it’s a good thing too because you can expect a whole boatload of shooting to get through the game. There’s a fair bit of grinding here and the notion that this is an open-ended RPG is kind of sunken by the amount of repetitiveness you’ll see.

Now, having said that, it’s worth noting how the actual combat works, beyond just the shooting mechanics. The shooting is intuitive, but still takes some time to get the hang of. You have auto-aim ad free aim, and you can use both but you need to work out when to do what. You can pretty easily get mobbed by enemies, and (at least in the first part of the game) most of them are tough as nails. It felt like I was being sent into the meat grinder every time. Also, expect your enemies to soak up quite a bit of damage before they go down.

You do get a companion system to help you manage in dust-ups, but it’s not great. As far as companions go, the ones the game saddles you with are pretty much the worst. The companion AI in this game is questionable, and it’s made all the more frustrating by the fact that the enemy AI is Skynet-level at times. So you have an efficient killing machine as an enemy and a Roomba floor vacuum as a companion.

But on the whole Sword Art Online really does a better job than most other anime or licensed titles. The fact that you play as a character who’s more or less independent of the story is actually a benefit, as it allows you to function outside the canon of the main series. Your adventure feels a bit more meaningful, and more importantly it doesn’t require a functioning knowledge of the anime (which is good but not that good in my opinion). Expect most of the typical anime game nonsense. You’re treated like this big shot, you have powers that are insane, everyone fears you, men want to be you, women want to be with you etc. There’s a romance subplot which is executed with the same stupidity these games usually pull this stuff off, so expect that.

However, once again, the core gameplay works surprisingly well and provides a decent experience. If you’re a fan of the series, this is as good a game as any, and if you don’t mind the usual anime nonsense, this game is surprisingly solid.

Sword Art Online: Fatal Bullet was reviewed using a PC digital download code of the game provided by Bandai Namco. The review was tested on a PC running Windows 10, with an 8GB NVIDIA Geforce GTX 1070 fitted on a 4th Generation Intel i7 4790 3.6Ghz CPU and topped with 16GB of RAM. The game is also available on Xbox One and PlayStation 4 in digital and retail stores. We don’t discuss review scores with publishers or developers prior to the review being published (click here for more information about our review policy).

• Combat system could use some fine turning
• Short lifespan

A surprisingly fresh take on licensed anime games, Sword Art Online: Fatal Bullet manages to get more creative by offering you a fresh character rather than one of the series mains, and it carves out a fairly decent story within the canon. The gunplay is solid, but be prepared to grind and patiently wade through some of the slower sections 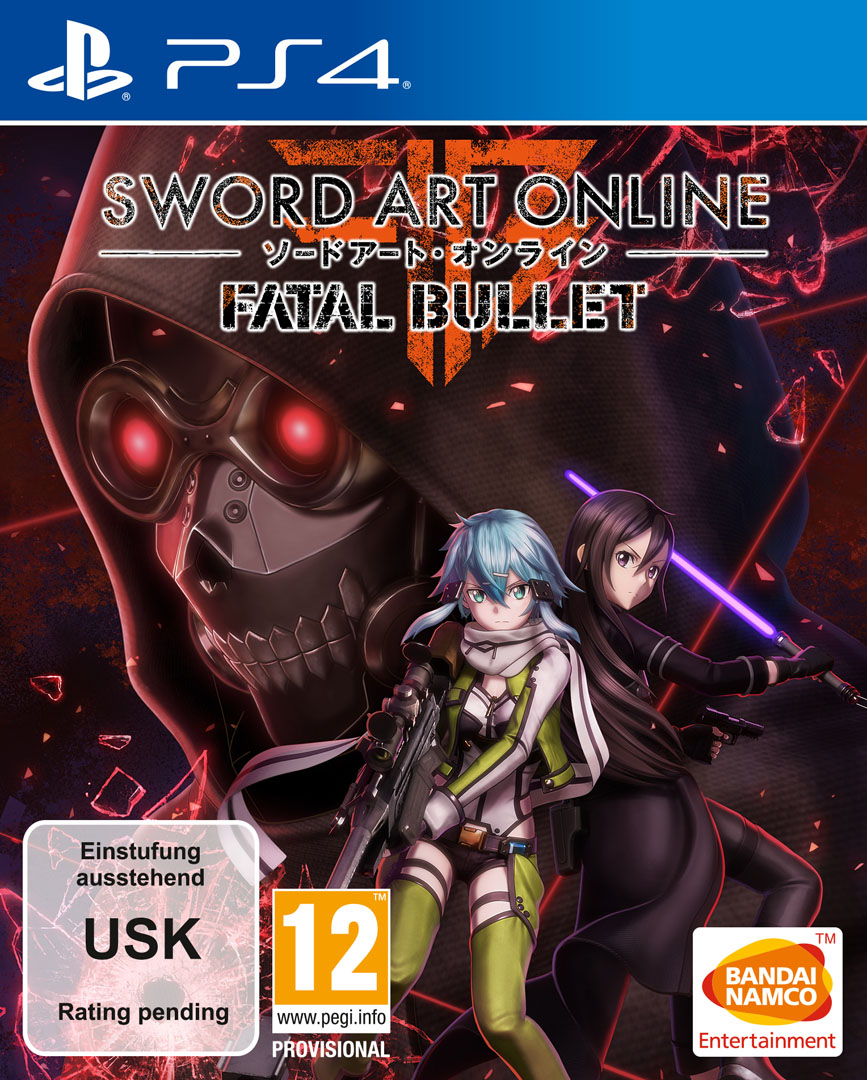