Known for their 4X and grand strategy game titles, Paradox Interactive announced over a year ago a brand new IP, known as Surviving Mars, developed by Haemimont Games. The latter are no strangers to the genre, after having worked on all Tropico games since the 3rd one, you can guarantee quality strategy games, whether it is on PC or on consoles. So is Surviving Mars a continuation of the Bulgarian studio legacy, or a black dot on their score sheet?

The principle of Surviving Mars is simple: it’s a Martian colony management game. You’ll be seeing it all, from the first roll of a rover in the red sand to the creation of huge habitats to accommodate settlers, influenced by a certain Elon Musk and his SpaceX project. Hell, even the ship in the game look like SpaceX’s BFR, the upcoming rocket projected to first go into orbit in 2020.

And so like another 4X franchise known as Civilization, Surviving Mars starts with barely any tutorial, jumping straight into a game from the menu, where you’ll learn and decipher the basics slowly as you experiment with this title. Your first learning will be to make sure you have a resource-rich starting area and optimal landing zones for your shuttles. Once that is set, it will be necessary to select from a wide choice of potential other areas to expand, each of them having a level of difficulty expressed as a percentage. The closer you are to 100% (or even beyond that), the more difficult your game may start. Obviously, it will also be possible to personalize your game in every detail with a custom game, such as choosing the organization that finances you (whether the European Union, USA, Russia, or even private program, etc.), your mission logo, finances, and starting resources. Once all this is done, your very first mission shuttle lands on the red planet, equipped with 3 rovers, each with a distinctive use: one for the transport and management of working drones, one for collecting resources and another for exploration. The tutorial is strictly useless as it is minimalist, but at least everything is intuitive and simple to figure out on your own, that you won’t really need it if you’re a 4X game fan.

As you start expanding on Mars, you’ll learn about the 8 different resources needed for development, such as food, rare metal, electronics and more. Of course, the more resources a simulation management game has, the more it offers different mechanics to be able to either produce or extract them. Some resources, for example, are very difficult to create on Mars and need to come directly from Earth via refuelling shuttles which take ages to arrive. On top of that, you need to manage 3 major and mandatory resources for the proper function of your colony which are pretty obvious: electricity, water and oxygen, which are interlinked into a cycle (an Oxygen production station needs water and energy for example). And so you will need to decide your best mean to acquire all these resources, as you’ll fall into loops of demanding productions, which becomes a key element of the game. Want quick power production, then get solar panels created, until you realize that it means there’s no energy produced during the night, which will push you to build charging battery extensions to those panels.

Everything is then a question of logic to arrange in the best your facilities, always opting for the efficient way. Because a little later in your adventure, managing a dome of settlers is a real sinkhole of resources, and it will be necessary to optimize more and more your circulation of supply shuttles from earth (as they are limited), as well as your finances. On top of that, you’ll get some help from quite a complex research tree with 95 different points, which is divided into six categories including biotechnology, engineering, robotics, physics, social and special one known as Breakthrough. Depending on the direction you want to take for your colony, you will have to make choices, such as focusing solely on technology, and then assign research roles to some of your settlers for greater efficiency.

Since we’re talking about settlers, here’s how our first generation Martians operate on the planet. After setting up your first dome, as well as all that is necessary for it to be self-sufficient, twenty settlers land via a space shuttle transport which is sadly and usually synonymous with the beginning of problems. We must juggle the expectations of citizens such as their need for food, activities, or work, and the necessities inherent in the proper management of any human colony. The Martian space is dangerous and your settlers are definitely not safe to this new environment, which can endure meteorite showers and other deadly hazards. In this case, and if you do not want to see chaos take over the colony, then you’ll have to prioritize decisions to boost energy, water and oxygen production.

But it is a pity that random events like these meteorite showers are not more frequent, as it makes us realize the same problem that almost every 4X title has which is the end game. Once you make sure that your colony works, and is self-efficient on its own, you’re probably not going to find anything else to do as a player, except maybe the challenges offered in the game. Sadly there’s no multiplayer element to the game, but at least the title is compatible with Steam Workshop mods on PC, which is great for everyone but console players.

Aesthetically, the game is beautiful and sometimes impressive when you get closer to your settlers or drones doing their work. It’s not a demanding title overall, so I’ve had no slowdown or issues on Xbox One X, and the PC version is extremely optimized running on a machine as low as GTX 620. The music though is a bit generic at first, with nothing interesting, yet it gets really good later on with some fun tunes that feel futuristic and fits with the game. But my biggest issue with the game I would say is the UI, which sometimes lacks clarity, and game objectives are repeated a little which might annoy hardcore fans of the genre.

Surviving Mars was reviewed using an Xbox One and PC digital download code of the game provided by Paradox Interactive. he PC review was tested on a machine running Windows 10, with an 8GB NVIDIA Geforce GTX 1070 fitted on a 4th Generation Intel i7 4790 3.6Ghz CPU and topped with 16GB of RAM. The game is also available on PlayStation 4 in digital and retail stores. We don’t discuss review scores with publishers or developers prior to the review being published (click here for more information about our review policy).

• A solid 4X game with rich mechanics
• Interesting management of colonists.
• A gargantuan research tree.
• Technically and visually well done on both console and PC
• Totally moddable and compatible with Steam Workshop on PC

• No tutorial will push away newcomers to the genre
• Lack of end game content
• Not random events.

Haemimont Games and Paradox Interactive's Surviving Mars mixes the best of the 4X and city building simulation game into a futuristic package, but its weak end-game might bore some. Thankfully the game has mod support on PC and enough achievements for console players to last. 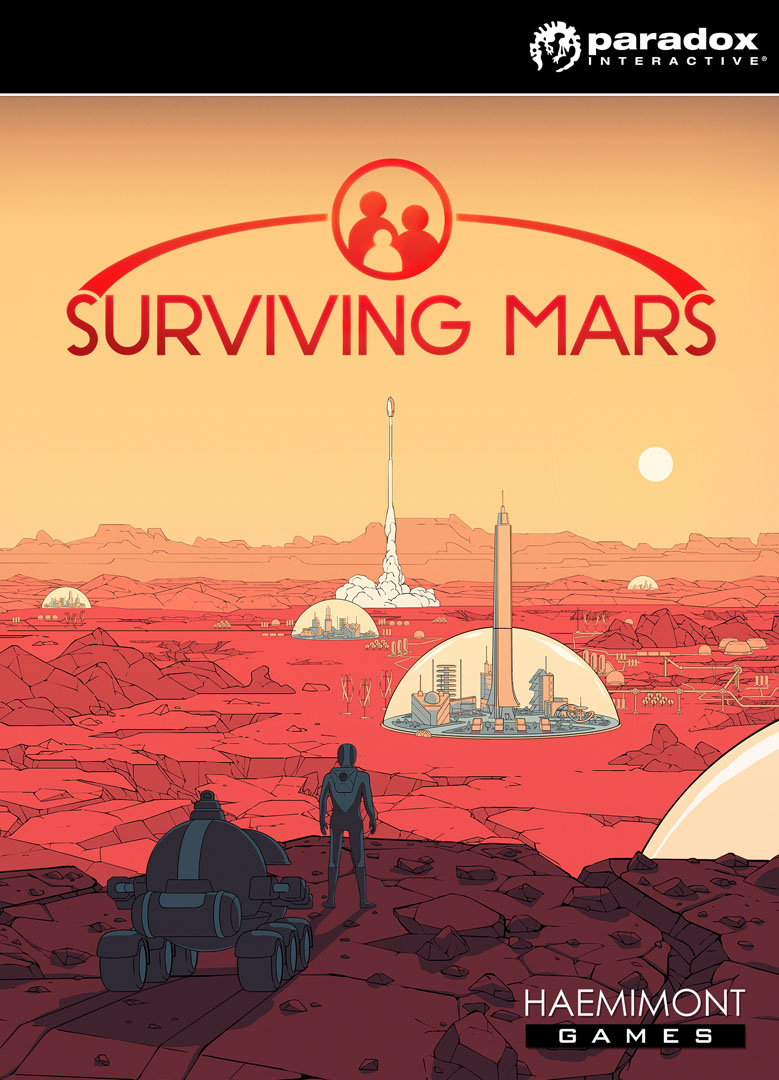