After numerous versions, the Mario Party series is always considered the second Nintendo franchise that optimally could end friendships after Mario Kart. In the end, whether you are the winner or loser, this digital board game has always offered a fun experience especially with its original and sometimes crazy mini-games. Now exactly 20 years after the original game on Nintendo 64 and 15 games on the way, the franchise finally lands on the Japanese new hybrid console with Super Mario Party! Is this modern version of Mario Party the best of all worlds?

Ever since the Nintendo 64 first game in the series, gamers have been playing countless boards and probably millions of minigames to prove they are the best in the group. While so much changed from the original recipe over the course of the years, Nintendo decided to go back to its roots with Super Mario Party. There’s no Bowser mode or weird goofy gameplay mechanics, but just a set of themed boards with 80 different minigames to play thanks to a handful of roll dice and your wit.

The main game mode is simply known as “Mario Party”, where four players advance on that is full of tiles that either grant bonuses or penalties. The goal is to recover as many stars or coins as possible before the final round. Like previous episodes, it is still possible to exchange a few coins for a star or buy a certain number of items to help to make it easier the advance, like activating a pipe that leads you in one hit on the star active on the board. Finally, the titles’ colour on the board is basically linked to what mini-game will be activated at the end of each round, such as 3v1 when it’s a red one. It does get more complicated around the last couple of turns, with blue tiles becoming a coin-bonus, or even Kamek the wizard coming in to spread some mayhem, and turning some tiles into Bad Luck ones.

As you probably understood, Super Mario Party is aiming to be effective and traditional but that’s not really a bad thing. The bonus stars awarded at the end of the game are potentially unfair, as they reward random goals that are never specified throughout the game. For example, the player who has travelled the largest number of titles in the game might find themselves generously rewarded, which might be unfair for the player that has beaten every single minigame in the set… But hey, that’s Mario Party.

Super Mario Party also proposes an alternative game mode which is focused on cooperation, simply called Partner Party. Two teams of two participants compete on a free movement board similar to those of another game such as Mario+Rabbids Kingdom Battle. The rules are relatively simplified on that front, as the board is usually smaller, but the goal is the same as Mario Party mode, asking of you to get the highest amount of stars at the end of the game. For those of you that want to play alone, there’s also a sort of singleplayer mode known as Challenge Road which essentially is just you against the AI, or you can also compete online – a first for the series – with Online Mariothon. The latter lets you play against others via the Nintendo Online service and fight for in a leaderboard style set of 5 mini-games. Wish the traditional modes were playing online, but hey, I can’t be too demanding for this first online mode, am I right?

On top of all, there are two more modes added to the game which are new to the series, including River Survival Mode which is played cooperatively as a team of four, where players each row with the Joy-Con one of the four paddles as they race against the clock to reach the end. On the way, you’ll be able to pop balloons spread out on the river and play in 4-player minigames to hopefully get the highest grade possible and add more time to your clock. The second mode known as Sound Stage is a simple set of rhythmic challenges, which requires players to do simple movement or actions with the Joy-Con according to a beat almost like Wario Ware. Nothing truly revolutionary or profoundly original, but it’s still a fun time for friends.

Last but not least, the most interesting addition to the game as a mode is Toad’s Rec Room. While this will require a minimum of two players to have each a Nintendo Switch and copy of the game, the mode lets you physically link two console screens together to create a bigger playing area. This use of a multi-screen system translates into 8 different minigames such as a tank destroyer or maze-like challenges. Quite an innovative use of the Nintendo Switch’s portability if you ask me.

While the quality of the modes and boards are good, what matters the most in the Mario Party series is its minigames. With a total of 80 new games, you should realize that the majority of them make the most use of a single Joy-Con and its motion control. Some minigames have you making small reels to move forward, where others may ask of you to pretend you’re holding a virtual pan and make sure to grill meat properly. While some games look like revamped versions of past Mario Party franchise ones, they are either altered or simplified to make sure it works with the new controller. All in all, in the rough 40ish different ones I got to try on my own or with friends, they are pretty great, simple to understand and well executed, which will bring a lot of variety and fun to the party.

Super Mario Party was reviewed using a Nintendo Switch digital download code of the game purchased by the writer. We don’t discuss review scores with publishers or developers prior to the review being published (click here for more information about our review policy).

Super Mario Party mixes novelty with traditional, marking a fun return to the roots of the series which we all love. Let's hope it just doesn't destroy friendships. 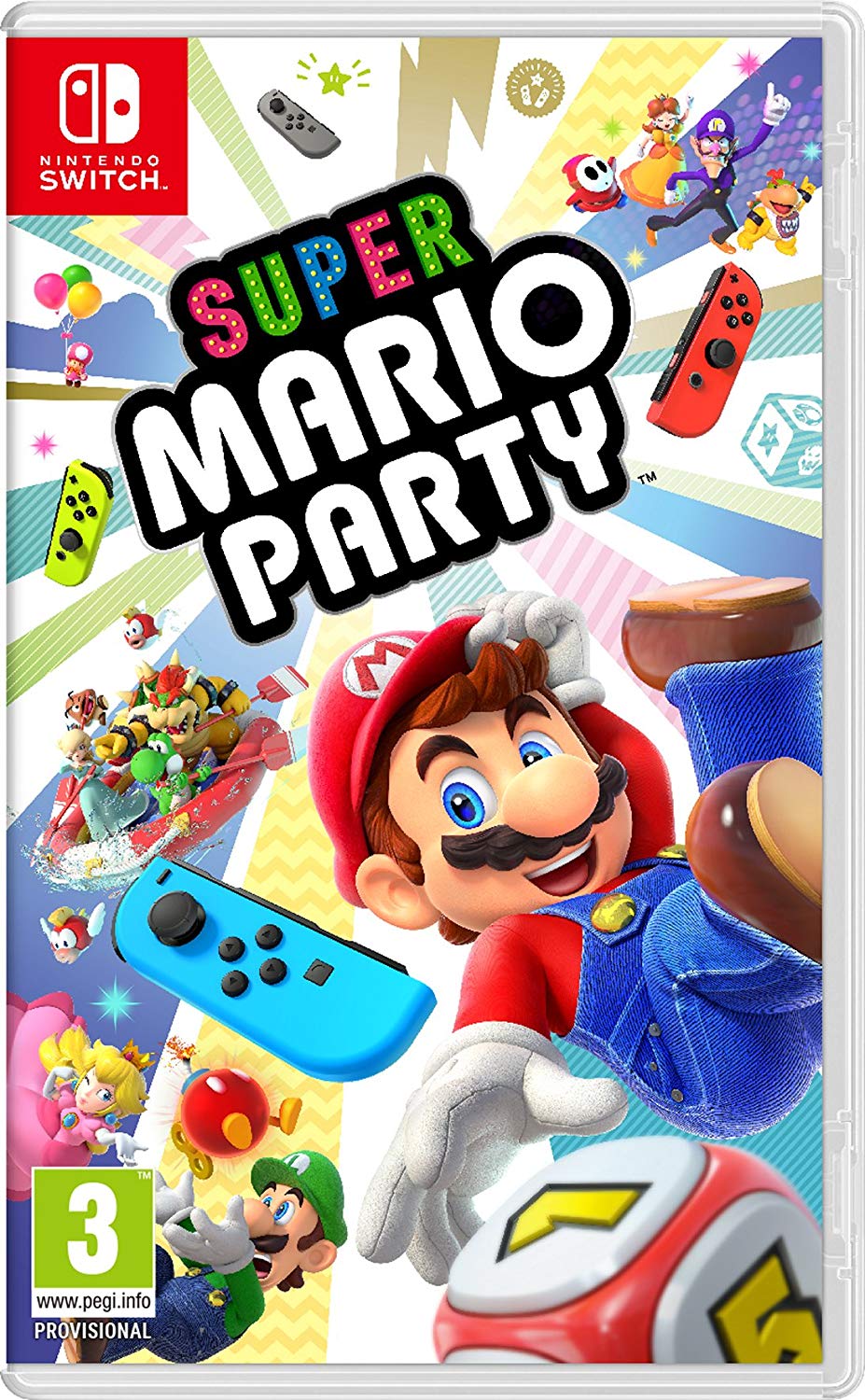