Review: Steep: Road to the Olympics

Oh Steep… A game I really wanted to like when it was reviewing it, but it was the bugs, worrisome camera angles, the illegible map and mostly the cheesy narrator that ticked me off, so here I am now with the first major expansion of the game: Steep: Road to the Olympics. On paper, the premise of the upcoming 2018 Winter Olympics themed expansion was the perfect way to fix the past mistakes, especially since over the course of month that the game was launched, the title got numerous little updates under the hoods. Sadly, for me, this expansion was not a step forward, and here’s why.

For those of you that don’t know what the core game is all about, here’s a quick recap. Steep is this open-world winter sport game with a plethora of challenges to unlock and play in a multiplayer environment. The base, moreover very good, transpired the love of the snow sports, the mountain and the awesome sensation of riding down a slope (or flying but that’s another thing to add). Over the past year, Steep fixed quite a lot of its issues, adding couple of game mechanics like the grinds to make the whole less of a hardcore winter sport simulation, and appeal a bit to the more arcade-ish players. In any case, if you want to learn more about the original core game, you can always click here to read the Steep review published back in December 2016.

In terms of content, the game’s season pass included two notable updates, one to get access to the mountains of Alaska in addition to the Alps and some extreme disciplines such as the Rocket Wing Suit and sled. All this was enriched by a clean director mode where you can play with the camera and do some fun slow motion to make epic clips of you virtual big air combos. The other extension adds a big tournament called the WinterFest, to fill up your experience and reward you with cosmetic skins more or less wacky like a banana suit that would make even the hardcore SSX fan feel it’s becoming silly.

The season pass sadly does not include this reviewed expansion pack, priced at a hefty $29.99 which is connected to the upcoming 2018 Winter Games in Pyeongchang, thus its “Road to the Olympics” name. This expansion is mostly scripted, following this core quest called “Become a Legend” where one so-called player with no name (easier for the narrator’s voiceover) will visit new mountains located in Japan and South Korea and prepare himself thanks to pre-season challenges related to the Olympics. Because of the nature and changes of the Winter Olympics announced in early 2016, our player will try out to qualify for his country’s national team in the downhill, slalom and even recently added big air challenge. For someone like me that loves skiing, the slalom is a blast, and particularly demanding, requiring a certain skill before you can finish an event. Same goes for the crazy super-G, where the camera is placed closer to the ground to reinforce the sensation of speed, and make you feel the tension felt by the athletes’ thighs. You can always switch to the first person on the fly for even more thrills (which are powered by GoPro).

So far so good, except that the scripted mode is looped very quickly and does not bring much to the title, the fault of a chopped structure, and a bunch of real-life interview with famous snow sport athletes that are not really that entertaining, and break the immersion. It’s just weird, as we are constantly jumping from one snowboarding event to another, with a narrator saying cheesy lines in between, and a commentator that unleashes his 10-15 lines throughout the challenges.

In the end, the intention is laudable, the achievement more than honorable but I wish there was much more. Once the “story” mode is over, only a dozen events remain to be played and for each of them only one route to cover. Once the descent is won once for example, there will be no other route more difficult or technically challenging to memorize, which is not great considering the price asked for this expansion.

Steep: Road to the Olympics was reviewed using a Xbox One downloadable code of the game provided by Ubisoft Middle East. The game is also available on PlayStation 4 and PC via digital and retail releases. We don’t discuss review scores with publishers or developers prior to the review being published.

Steep: Road to the Olympics’ intention are great by base, but it’s the very limited amount of content that is its biggest issue. At least, it was a good way for me to find out how much changed since the original launch game. 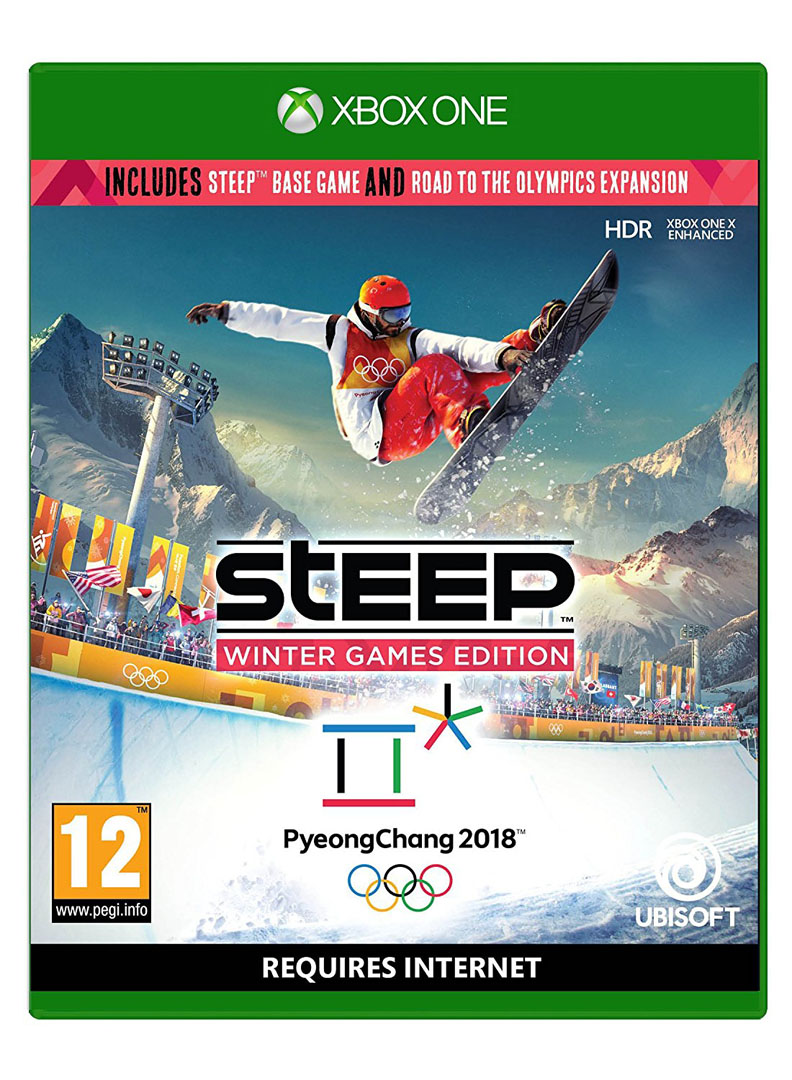