It has been 20 years that Project Soul has been amongst us. For the 20th birthday, they chose to give us the best gift a fighting game enthusiast could ask for, Soulcalibur VI. We have waited 6 years for this gift and during that time we all grew to miss Siegfried and co but was that wait worth it? Today we will go down that path and see if Project Soul is able to go head to head with the best in the genre.

Bandai Namco brings the series back to life and invites us to revisit the events of the first instalment. SoulCalibur VI brings back some of the old characters we all grew to love alongside some new characters. The system is still the same with the exciting 1 vs 1 fights in three dimensions that have always characterized the series. As for the character balance, they seem to be quite neutral with the couple of exceptions such as Inferno and Azwel. Overall the cast is slightly shorter than the predecessors however as you move forward with the game, you will be able to unlock more. It would have been great to see the old favourites such as the Lizardman in the character select menu however it is not all lost as you can recreate him in the creation mode.

Like other fighting game genres, Soulcalibur VI has the generic controls. 2 buttons to kick, 2 buttons to punch and the movement pad. All 21 characters use the same mechanics however there is a lot of depth in the playability which you will need to master if you want to go toe to toe with some of the best in the world. Learning these characters have been rendered easier with this title. The tutorial is quite comprehensive and can take you in detail through the different ways of moving, dodging, parrying, counterattacking, etc. After all, SoulCalibur has always been simple to play but difficult to master. Each character has a wide range of movements. For example, hitting an opponent while remaining idle will perform a certain move but add a directional button will change the entire sequence.

One thing that is new in this instalment is the addition of the special bar. The latter has been quite popular in the fighting genre and Project Soul has decided to give it to their fans. The bar builds up over time and is used to empower your fighter or unleash a devastating super move. The system is a cross breed of Tekken 7 and the V trigger in Street Fighter V. They also added a confrontational button which in turn forces you to play a rock paper scissors with your opponent by slowing down time prior to the action. Again, a nice healthy mixture of the slow-motion effects you see in Tekken7 and the clash you see in Injustice 2. Project Soul did their research and brought a healthy mix of what works and what doesn’t into this combat system which provides a perfect fighting rhythm between the action and strategic pauses.

For the story and lore lovers, Project Soul went a step further and ended up giving the fans not one but two-story modes. The first mode allows you to create your own character, level up while trying new weapons. Throughout your journey, you earn money and manage resources all in the search for the Soul Blade or Soul Edge. This is slightly similar to the Weapon Master mode on the previous versions of the SoulCalibur. One thing that I really liked about this mode is the fact that you can recruit mercenaries and send them on secondary missions in exchange for rewards. I must admit though that the static screens and dialogue is a little bit abused but fits the Japanese demographic. The mode is easy for the first few hours as there is no difficulty selection however it does get complicated as you progress. In summary, this is a great single player mode.

The other story mode is the Chronicle of Souls which focuses on telling the story of Kilik but also allows us to get into the skin of 19 other characters during their timeline in original short stories. It has less flare than the first mode, but the narrative is far more interesting. I spent hours playing this mode, learning the history and lore behind each character. This was by far my favourite mode.

This leaves us with the traditional arcade mode. This gives us the classics, offline, online, ranking, casual, …etc. It was quite remarkable on how good the online mode was. Absolutely no delays, great search speed and a fantastic connection stability.

So far it was all great but once you dive deep into SoulCalibur VI, the less satisfactory elements start to surface. On the one hand, there are the animations, the fluidity of the combats and the general finishing of the game that could be better. On the other hand, the modelled close-up, the resolution, details and textures in characters and scenarios are not on par with the rest of the game. For example, the clothes are not properly polished and look broken in certain instances however that doesn’t affect the overall gameplay. I am sure that these will be fixed in simple upcoming patches. Other than that, the sound in this game is well orchestrated. The melodies work well with the scenarios and does a good job at telling the story.

SoulCalibur VI was reviewed using a PlayStation 4 digital download code of the game provided by Bandai Namco. The game is also available on Xbox One and PC via digital and retail store releases. We don’t discuss review scores with publishers or developers prior to the review being published (click here for more information about our review policy).

SoulCalibur VI is a good fighting game with a great combat system, friendly to a newcomer but hard to master. There are enough modes to capture the interest of the mass and a wide list of characters to choose from. Bandai Namco has done a good job bringing this series back to life in this subtle restart to the franchise. They managed to take the best from the previous instalments and adapt to the new era of fighting games. 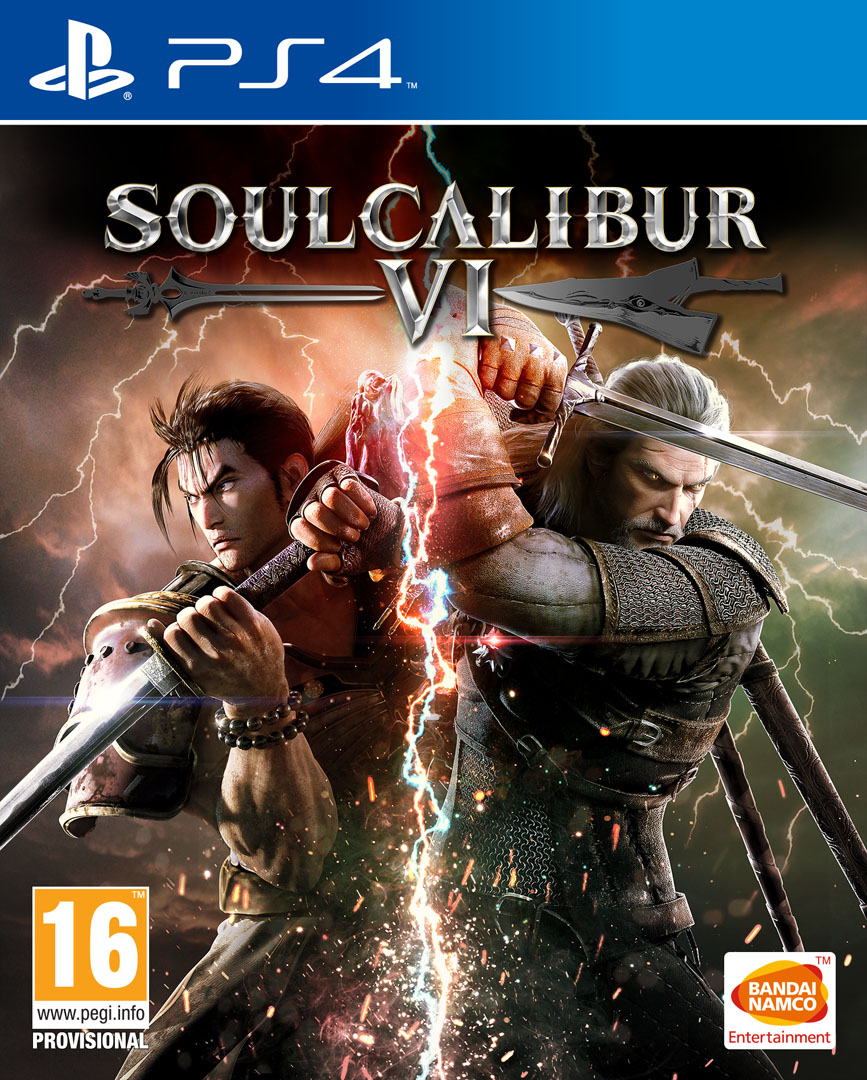