In the world of sniper recon games, there’s not many options nowadays, with the Sniper Elite franchise (recently released their fourth episode and reviewed in February), and its sort of rival which is Sniper: Ghost Warrior from CI Games. While I call it a “sort of rival”, it’s not because of difference in quality, but more in gameplay, as Sniper Elite is a mix of third and first person tactical shooter, while Sniper: Ghost Warrior and the third episode which we are review here is a pure first person tactical shooter. Nevertheless, with all the shooter games on the market, does Sniper: Ghost Warrior 3 stand out ?

If you are one of those who have played all previous entry in the franchise, you could quickly jump to the next paragraph as I’m only going to give a quick recap on the story and core mechanics of the series. Sniper: Ghost Warrior 3 is the third installment in a series that focuses on the blend of three game styles that pretty much explain its title. It’s in the end a merge of Recon shooting (Sniper), stealth element (Ghost), and brutal warfare action when there’s no stealthy way out of it (thus the Warrior part of the title). This 3rd episode in general is a great change in comparison to the second one, that was too lenient on a very scripted structure and extremely linear map and level design, which thankfully was turned into rather larger and semi-open world missions.

The main hero is a certain Jonathan “Jon” North, a young American soldier which just landed in Georgia for both a personal mission of finding his lost brother Robert (missing in action in a previous missions in the same country), and to dismantle the Georgian separatist group. Supported by couple of on-ground secondary characters (which lack of charisma), Jon will basically find means to his goals in a series of missions spread around a Georgian region, which bear similarities to the recent Far Cry game layout. You’ll fast-travel to move quickly, use vehicles, play long main missions, as well as a hell lot of “points of interest” and other side missions that are unfortunately quickly redundant. The whole is enhanced by a progression system for your character, that based by getting to certain experience levels will improve or unlock skills and new equipment… Basically, everything you need to make your typical open world first person shooter, and you guessed it Sniper: Ghost Warrior 3 is not trying to renew the genre, but just adapt it to offer players a richer experience than the previous two – sadly mediocre – Sniper: Ghost Warrior games.

Despite major technical concerns at the launch of the title, corrected by patch deployments (and more planned according to the developers), Sniper: Ghost Warrior 3 is still pretty decent as a game thanks to its vast open world, built and powered by CryEngine. 3D models are good quality, some visual effects might feel a bit outdated, but then again this is the first large-scale AAA game CI Games ever did, with a new engine after ditching the old Chrome Engine 4. Apart from that, the game’s narrative is split by cinematics powered by the game engine, often over-compressed to save size, which is too bad since this episode really did well to portray an Eastern European setting. The Balkan folkloric soundtrack is well done, and contribute greatly to the mood of Sniper: Ghost Warrior 3, if not helping us forget the visual appeal of a B-rated game.

Playing sensation alongside the animations and overall gameplay does the work without ever excelling. AI are not surprisingly smart or abusively dumb, so players can enjoy proper stealth mechanics thanks to a wild range of UI alerts, radar, sound effects as well as a decent arsenal of silenced weapons. The map itself is one of the tools that you can also use to your advantage, as bushes and rock formation can help you hide or be on higher shooting range of your enemies, plus there’s a bunch of other hiking mechanics such as rock-climbing and zip-lines scattered around the game.

When it comes to hardcore long-range shooting mechanics, Sniper: Ghost Warrior 3 is decent on that front, with lots of UI elements that give you indication of wind speed and its direction (which are removed when you play the game in higher difficulties). Apart from that, it is possible to zoom in (as you would expect from a scoped weapon), and to calibrate the bullet drop to 100, 150, 200m and so on, which shouldn’t be difficult to picture if you played games like Battlefield 1. CI Games also thought of adding a killcam effect when nailing headshots, which are a fun but less prestigious than that of Sniper Elite 4, but nevertheless rewarding. If things goes south, you can always play the warrior path, and those mechanics are on par with the likes of Call of Duty, which is a great complement to the stealth and long-range shooting mechanics of the game.

Sniper: Ghost Warrior 3 was reviewed using an Xbox One downloadable code of the game provided by CI Games. The game is also available on PlayStation 4 and PC in retail and digital store releases. We don’t discuss review scores with publishers or developers prior to the review being published.

Sniper: Ghost Warrior 3 is a decent title which succeeds in what CI Games were aiming to do for the franchise. While it doesn't feel like a AAA title, with a long range of technical problems, the game is still above average, offering an decent adventure in an original Georgian setting, with lot of elements inspired by other large-scale open world shooter games. At least with this episode, CI Games has a decent formula that will probably get enhanced in its fourth sequel.

Review: Prey
Be the first to comment!
Leave a reply » 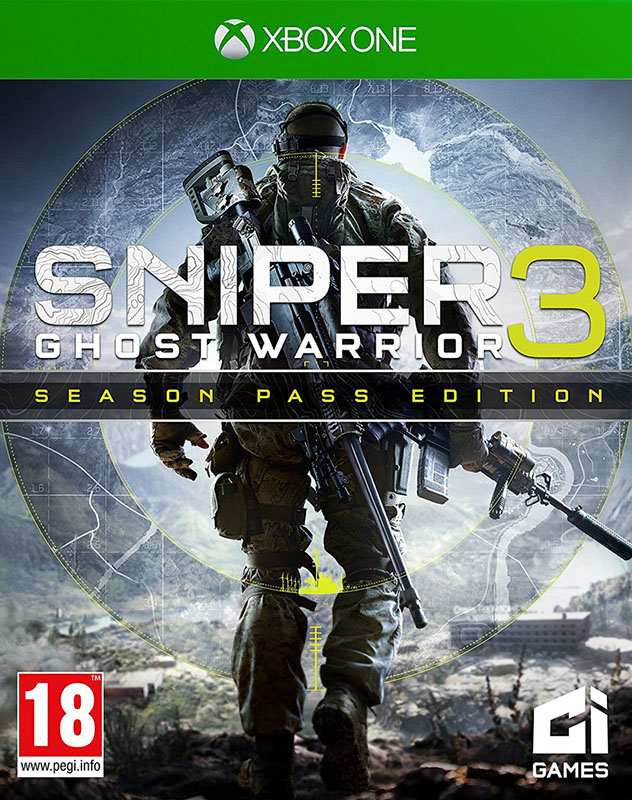