Back 2012, Grasshopper Manufacture – Suda 51’s studio – released a Shoot’em up (or even Bullet Hell) named Sine Mora, a timed exclusive Xbox 360 game that was well received by critics. Today, the game returns as a collaboration between Grasshopper Manufacture and Digital Reality studios for a remastered version on Xbox One, PlayStation 4, PC and Nintendo Switch (our review will be done on the latter) simply named: Sine Mora EX thanks to publisher THQ Nordic.

The story of Sine Mora EX is a rather difficult one to follow, especially as we regularly change protagonist throughout the adventure. But if it was up to summarize it, you are basically in an army of rebels determined to bring down an empire by returning to the past, and alter key changes in historical events, but things don’t go as planned! The style of the story back in the day was strangely told in Hungarian (with English subtitles), and has certain visual style that blends between Steampunk and Miayazki’s Porco Rosso, which works pretty decently on all levels, whether it is the landscape or the ships on screen.

The only thing important though for you to understand is how the game works, which by base remains quite simple, as a side-scrolling SHMUP, but you have to pay attention to the time. The latter is an important factor to the core of Sine Mora EX, as it helps you accelerate or slow down the action. While temporal management allow you to kill enemies quickly when speeding time, you can also use it in another way, to slow down ships or clear your way out of harm in the levels. The game also has more than 60 different weapons and several aircraft during Story mode or Score Attack.

As like the numerous games in the genre, Sine Mora EX does not deviate from the rule of having to recovering items on the screen after killing enemies. These collectibles range from increasing the firepower of the main weapon, to secondary weapon (tracking missles, laser beams, etc.), extra points but also a shield that will protect you during certain difficult passages. Next to this, Sine Mora EX has a fun amount of bosses that are more or less difficult to shoot down, and extremely well designed.

Back in the days of the original release of Sine Mora, I was only annoyed by the absence of any sort of multiplayer mode. The good news is that the developers seems to have heard that loud and clear, and introduced a local coop mode, but also possible to rank up in a global leaderboard, to show off your skills online. Note that the two-player local coop mode is only available for the Story mode and not in the Arcade one.

On top of all the above, Sine Mora EX introduces thre “simpler” modes to the game that can be found within the Versus section which Race, Tanks and Dodgeball. The first as it names implies is a race where several planes will compete with their speed, but can also use weapons to shoot their competitors. If that wasn’t enough, the game will toss at you many enemies on the screen who will not hesitate to shoot, and so force you to rush your way out of this mess before everyone else.

In Dodgeball, you will play a sort of deadly pong game with an opponent. Each player has one side of the screen, and will need to defend it by sending the projectiles back in the opposite zone. The big difference with Pong is that it you’ll have to destroy three generators behind the enemy to win, and that’s when considering that all projectiles bounce on every wall of the level. Finally Tanks is a horizontal version of Asteroid.

Graphically speaking, Sine Mora Ex looks as crisp as it did back in 2012, with its 2.5D levels. The game mixes 3D (mainly in in-game cutscenes) and 2D neatly, ditching the genre’s usual futuristic ambiance and industrial environment for something more original. Sine Mora EX offers wide open, colorful yet Steampunk settings, as well as some nonsense like underwater phases. If you played the original, you’ll realize that this remastered version has redefined textures, cleaner angles of elements, and while I can vouch for a perfect 1080p and no framerate drop on the Nintendo Switch, those with PlayStation 4 Pro and PC will benefit of native 4k and 60FPS.

While Sine Mora EX will take around three hours to complete its story mode, the reset of the modes especially the Arcade one will the lifespan of the game. Plus if you want to complete the game fully, it will be necessary to be patient as you’ll have to jump on higher difficulty modes, including one called nightmare.

Finally, a big part of the charm of this game is the amazing soundtrack composed by Akira Yamaoka. If for some of you the name does not mean a thing, you should know that Yamaoka is famed for his work on Silent Hill, Shadow of Damned and Lollipop Chainsaw . While you’d expect heavy metal tunes, Sine Mora EX’s has a different style which is almost soothing in its own way, but stressful when needed such as during boss fights.

Sine Mora EX was reviewed using an Nintendo Switch downloadable code of the game provided by THQ Nordic. The game is also available on PlayStation 4, Xbox One and PC in online store releases. We don’t discuss review scores with publishers or developers prior to the review being published.

• Not enough novelties for those that played the original Sine Mora.
• Cooperative limited to story mode
• A short story mode

If you never played the original, Sine Mora EX is a great way to discover one of the most unique SHMUP from the past 10 years. While this remastered version has the merit of adding couple of extra features to appeal to the veterans, the game is still an easy sell thanks to its great gameplay mechanics, decent price tag and interesting universe.

An accomplished, award-winning gaming professional with more than 12 years of experience in the videogame industry, Nazih Fares has worked in public relations, marketing, eSports and localization for over 14 different publishers and more than 90 global brands. Fares is currently MENA Communications Manager at Blizzard Entertainment, based in The Hague. His views on this site are his own, and not those of his employer.
More Goodness
Bullet HellFeaturedGrasshopper ManufactureSHMUP

Review: The Bug Butcher
Be the first to comment!
Leave a reply » 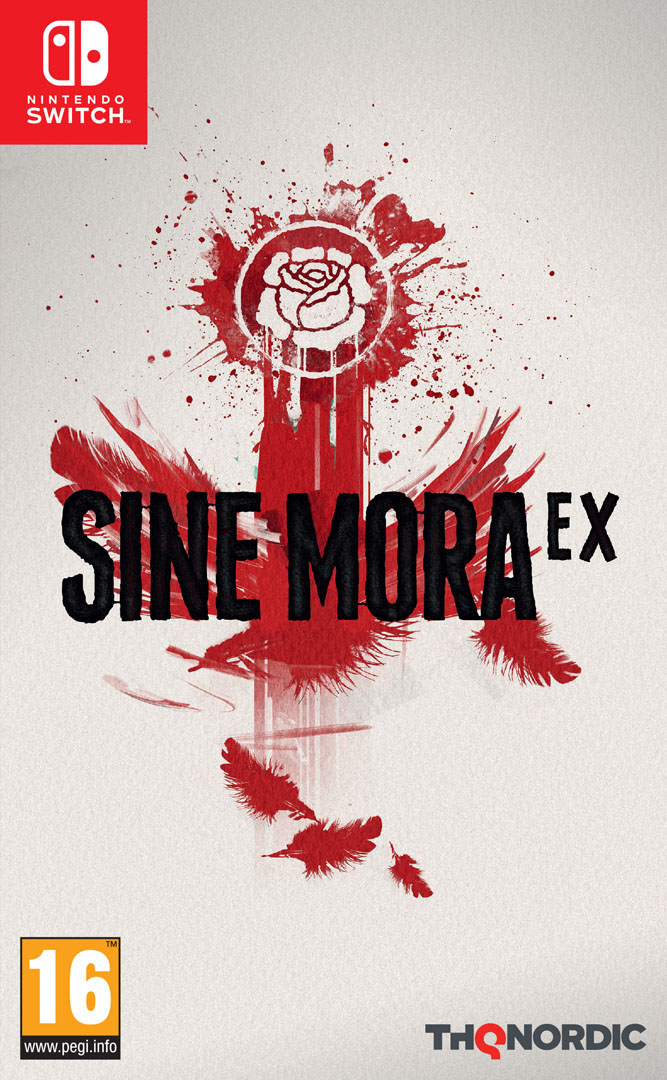