From time to time, I happen to stumble upon a cute title that hides an actual serious gameplay under its “childish” appearance. This is definitely the case of Shu, developed by Coatsink Software, who are deeply influenced by Ubisoft’s platformer Rayman and other similar titles.

It is during time of festivities that Shu – our birdlike hero – witnessed his village get destroyed by the “Storm”, a black and destructive entity that devours everything in its path. With the small city swept, even with their elder’s effort to stop it, Shu then goes in search of a way to stop it before it devours the entire world, while saving his townsfolk on the way.

In practice, Shu is a platform game in which our little hero with the same name is only able to jump and glide for a short moment of time. Your reflexes will be put to the test while you rush through levels or escape a storm while saving your companions. On the way, you will be able to pick up small butterflies, mainly for those that are collectionist, as they are needed to finish a level 100%. That’s on top of hidden art fragments, little egg-chick kids, and two allied companions per world.

Each new companion has a skill necessary for you to progress in the levels. One will allow you to double jump, activate specific mechanisms, break things, and even slow down time. It will thus be necessary to memorize the possibilities offered, so you can pass all obstacles, especially when, in the middle of each world’s second level, the Storm begins to rush at you.

In these moments, needless to say that every second counts, and the margin for error is almost null. It’s up to you to jump and use your skills at the best time so you do not end up consumed by your arch nemesis. There’s also several ways to play the game, with a time-trial mode unlocked once each level is finished, but also exploring the few secondary stages to find various hidden objects, and the crazy challenge of finishing a level without dying.

Fortunately, there’s couple of checkpoints scattered around each level, with the ability to retry up to 5 times, and hopefully finish the level. Trust me, it’s easier than it seems, as I had one hell of a headache in the final level, a nightmare of perfectionism in platforming, calling for you full concentration, abusing every mechanics you learned in the game.

Graphically speaking, Shu it’s quite a colorful canvas, full of life in the background, supported by a soundtrack that knows when to be subtle or cataclysmic, as it adapts to the scene. I will note that there’s some small flaws, such as the glare that can take over the screen when the Storm begins to pursue you, which turns the game illegible for short period of time. The latter can often be fatal when it occurs just before a large jump, or even precise platforming sequences.

Shu was reviewed using a Nintendo Switch downloadable code provided by Coatsink Software. The game is also available on PlayStation 4 and PC in digital releases. We don’t discuss review scores with publishers or developers prior to the review being published.

Heavily influenced by Michel Ancel's work, Shu is an adorable platformer that is worth your time. With a simple gameplay that manages to become challenging as you get near the end of the story, this title has more than enough content to keep you playing for a while. 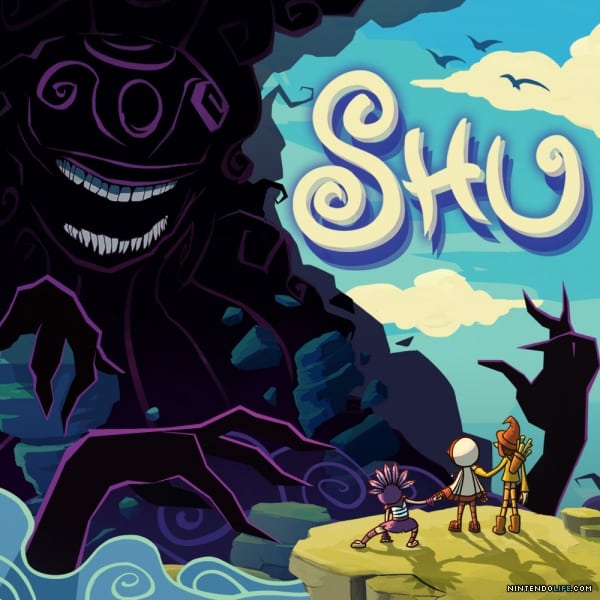