With Shenmue III coming along and finally announced for release for August 2019, Sega had the great idea to release a compilation of the first two episodes in high definition, to help you either relive your Dreamcast memories or discover the franchise created by Yu Suzuki. More of a re-release than a remaster, the first Shenmue is from the original Dreamcast version, while Shenmue II is based on the original Xbox edition which managed to help to add other features, but will that be enough for fans and newcomers to enjoy this iconic game in our modern days?

Shenmue is an adventure game taking place in 1986, in an urban universe, where we control Ryo, in his quest to find his father’s killer. Your story will have you venture in various areas and shops to question many NPCs and thus recover valuable testimonials on what might have happened. Each character can potentially help the player to advance in his quest and fill his logbook, for example by telling him where to go to meet a key protagonist. Everything is interspersed with sequences of specific gameplay, whether it be combat, QTE, stealth or driving vehicles around. If the first game was quite constrained by the playing area, Shenmue II nevertheless offers more events with a “world” three-time bigger than of the first chapter.

What is certain with this HD release is that storytelling still works like a charm. Yes, the theme of vengeance is universal, but mysticism and adventure help create a fun experience. The characters are endearing, despite an audio compression that reminds us that there’s been a lot of technological progress since the early 2000s. There are still some script inconsistencies when Ryo seems to discover information from an NPC which has already been given previously, but those are inevitably little details from a game mechanic that shows its age.

While I won’t go that deep into the game’s storyline itself as it hasn’t changed and I will probably ruin the best part about it, I’m going to focus on what matters: why is it called an HD release and not a remasters like the trend of other publishers? If you have taken a look at the different screenshots that are in this review, you probably realize that the rendering is very close to what we have experienced in the 2000s on our Dreamcasts. None of the characters get any sort of added polygon counts, and textures are the bare minimum, with even the same visual bugs like characters disappearing suddenly. If the graphical rendering is indeed faster, SEGA has done just enough to release the game on this current generation of consoles, which will definitely look crude for people that haven’t lived that generation of games.

At least, most of the game is expanded to a 16: 9 ratio, which reduces the sense of playing both games in an emulator, but the cutscenes are unfortunately in their original letterbox format. At least the loading times are reduced, but I would’ve appreciated that SEGA adds a thoughtful gameplay to fit our modern controllers as well, especially since both the Xbox One and PlayStation 4 have a dual thumbstick layout in comparison to the single one on Dreamcast, which will feel awkward for some of you.

Shemnue 1 & 2 HD was reviewed using an Xbox One digital download code of the game provided by Sega. The game is also available on PC and PlayStation 4 via digital store releases. We don’t discuss review scores with publishers or developers prior to the review being published (click here for more information about our review policy).

• Shows its age on all front
• Cutscenes are in their original 4:3 ratio
• The control scheme can be crude for modern players

When compared to other games that received the proper remaster treatment by Sega, Shenmue 1 & 2 HD doesn't shine with its minimalist rework for the new console generation.

An accomplished, award-winning gaming professional with more than 12 years of experience in the videogame industry, Nazih Fares has worked in public relations, marketing, eSports and localization for over 14 different publishers and more than 90 global brands. Fares is currently MENA Communications Manager at Blizzard Entertainment, based in The Hague. His views on this site are his own, and not those of his employer.
More Goodness
AdventureFeaturedPuzzleSEGA 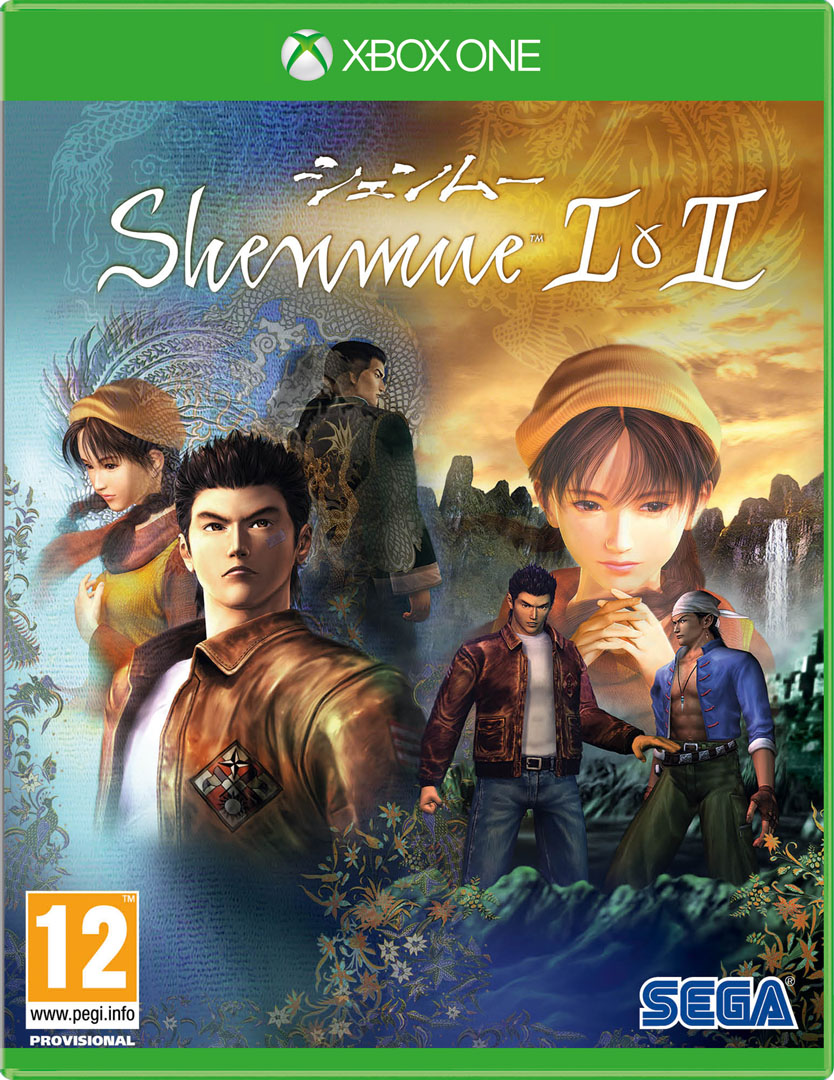