Review: Shape of the World

An independent game made by just one person for 4 years might seem worrisome but when you learn who he is, you’ll understand. Stu Maxell is a Senior VFX Artist at The Coalition, and while working on the Gears of War license, he also focused on his own little pet project known as Shape of the World.

To start with, I should probably let you know that Shape of the World is a game that focuses primarily on exploration rather than a narrative (better known as a walking simulator). Thus, there is no dialogue or choice to make, except that of walking, stopping and admiring for a moment the place in which you are. Fortunately, there are several places to explore, and each of these worlds is different, with more or less varied fauna and flora. It will be possible, for example, to explore the rivers and swim among the fish, as it is also possible to walk among strange magical creatures in the meadows.

As far as the gameplay is concerned, there is not much to learn to appreciate the game. You got a typical 3D directional movement, on top of jumping, interacting with elements and throw seeds which grown into instant trees thanks to the triggers of your Nintendo Switch. Suffice to say that here as well, like it is the case for the “script”, the developer has chosen to purify the gameplay to offer a videogame experience which can be equally charming and pleasant, focusing more on the artistic and musical direction.

A true invitation to talking a digital stroll and discover different environments, the player will still have to go through specific portals in the shape of a triangle (which you can see in the title of the game), in order to access the next world. To do this, players will interact with certain elements to unlock a passage or a staircase.

It is probably on the points of the graphics and the soundtrack that there is so much more to talk about. It seems that the Hollow Tree Games have mainly focused on visuals, which are very colorful with a hint of pastel taints, to invite the player to one hell of a psychedelic ride. Red blends into blacks, soul-stealing blue illuminates the sky, trees have leaves as white as snow. It will all feel a bit strange at first, but as soon as your eyes get used to these sets, you’ll definitely appreciate the trip. If the graphics can be interpreted as psychedelic, it is not the case for the soundtrack. Composed of sounds of animals, nature but also soft music, it is very pleasant to the ears and accompanies you very well throughout the game, and I highly recommend hooking up earbuds for optimum sensation.

But as you would imagine with most of these game, you probably assume that its lifespan is quite short, and you’re not wrong. Depending on the player, you’ll probably finish Shape of the World in a rough hour or 90 minutes maximum. This is not much compared to other videogame productions, but after all this is the price you get for an interactive experience after all.

Shape of the World was reviewed using a Nintendo Switch digital download code provided by Hollow Tree Games. The game is also available on Xbox One, PC and PlayStation 4 via digital store releases. We don’t discuss review scores with publishers or developers prior to the review being published (click here for more information about our review policy).

Shape of the World is more of an interactive experience than a game, but that shouldn't push you away from trying it. 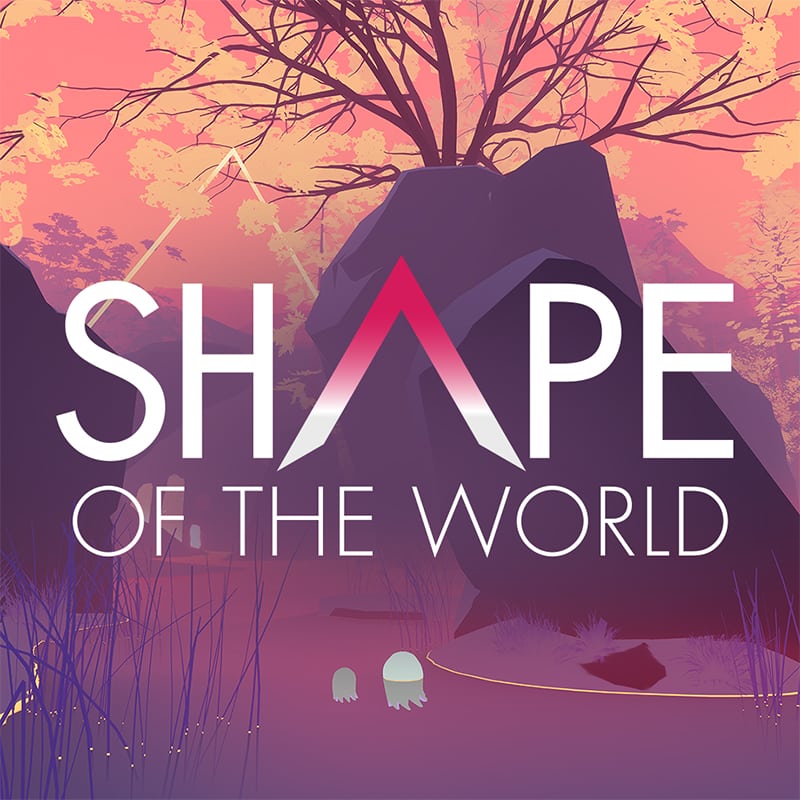