Review: Shadow of the Tomb Raider

After a rather successful reboot of the Tomb Raider saga in 2013, influenced by the Uncharted franchise, Square Enix went with an entire trilogy approach of Lara Croft’s origin story. Two years after the Rise of the Tomb Raider, the second opus in the trilogy (reviewed on our site by Luciano Rahal), the task of closing the origin story was tasked to Cristal Dynamics (with the support of Eidos Montreal), giving us the final chapter called Shadow of the Tomb Raider. Is the game worth it? Is it a great ending for this origin story? We shall find out.

In Shadow of the Tomb Raider, Lara Croft must finish what she started, putting an end to the actions of the Trinitarian Order, a mission to which are added more personal motivations related to her own family. While Lara believes that she is the only one able to prevent the end of the world from a Mayan apocalypse, our young heroine will have to overcome the worst she ever did. Not going to go deeper into the story to make sure not to spoil it for anyone, but it is important to mention that narrative writing is not as rich as the previous two games in this trilogy, and that’s probably because of its new writer Jill Murray, who took over the work of Rhianna Pratchett (which left in early 2017).

This change in writing will definitely be noticed from the beginning for fans of this rebooted trilogy, starting in a more relaxed way than Rise of the Tomb Raider which had Lara attempt to escape a death by avalanche. While some cutscenes are quite shocking in terms of conversations and plot twist, and facial expression in the latter are work of art, they are a tad ruined by the simpler animation when speaking with NPCs.

In terms of gameplay, Shadow of the Tomb Raider seems to be a slight upgrade from Rise of the Tomb Raider, with just very minimal additions to the game mechanics. Climbing has been refined but not in a groundbreaking way, and water-based exploration is easier to manage now. The best part is definitely the fun addition to use mud and foliage for Lara to blend in better in the jungle and sneak around her enemies. This functionality almost turns Lara into some female version of Arnold Schwarzenegger in Predator, where Lara become the hunter instead of being a survivor like previous episodes.

The game still relies on exploring these rather semi-open world areas filled with riddles, platforming challenges and combat elements. Nothing has changed on that front, and you’ll always need to set up camp to rest, craft new tools or munitions, spend points for new skills and re-assess the situation by monitoring the map. Like the previous games, there’s also “extra-curriculum” activities in Shadow of the Tomb Raider, including the fun Tombs to raid. Wouldn’t be a Tomb Raider without them right? I did though feel they are rather easier than the previous two games even without any hint activated or gaming assistance, but I’m hoping that some harder one will emerge eventually. Other than that, you can always drift off the campaign and do secondary quests which are rather well done, instead of doing the typical find-and-deliver missions from other games.

Since 2013, the Japanese publisher has capitalized on this new beginning and reboot of the franchise, and while they learned a lot on the front of maturity and building the character from a frail young adult to a fierce survivor, technology also matured on both PC and consoles. This, of course, allowed Crystal Dynamics to deliver a richer visual feat than previous two games, which is probably the strongest part of this game. Shadow of the Tomb Raider pays so much tribute to the landscape it took inspiration of when building sets, whether it is from the start when living a virtual Dia de los Muertos in a picturesque Latin American village, or admiring the richness of the Peruvian terrain.

This created world owes a lot of its results to HDR technology. The latter accentuates a little more the contrast between the more mature tone of the game as well as the exoticism of the environment, without forgetting the little details done on shadow effects, reflections and lighting. The muddy ground gets morphed when Lara pass through it, water reflection in lakes is rich with precise ripples and foliage seems to be almost so diverse that it feel like individual and unique leafs every time. This sadly will only be noticed “properly” when playing on the later generation of console such as the Xbox One X (and I assume on PS4 Pro since I didn’t get the chance to try that platform), where the resolution seems to be a dynamic one, locked very closely to what seems 60fps and has 4K assets, thus making all textures look richer. You will especially notice the smoothness of the graphical rendering during cutscenes, On the base Xbox One (or the S), the resolution is reduced to a 900p but feels a bit blurred, with a framerate playing a bit below the 30fps mark.

In any case, seems that this episode was almost forced to be done to close the trilogy in a reboot campaign for an iconic character. I hope that the next journey will be different, as we can feel the developers are limited to the origin story, and we could use some older Lara Croft adventures.

Shadow of the Tomb Raider was reviewed using an Xbox One digital download code of the game provided by Square Enix. The game is also available on PlayStation 4 and PC via digital and retail store releases. We don’t discuss review scores with publishers or developers prior to the review being published (click here for more information about our review policy).

• Not the ending of a trilogy I'd expected
• Controls seem to feel a bit too stiff
• A bit too easy in comparison to previous franchise entries
• Feels more like Rise of the Tomb Raider version 1.5
• A couple of weird animation bugs
• Too conventional like its predecessor

While there are tiny additions to the experience, great Arabic voiceover and quite a noticeable upgrade in terms of visuals, Shadow of the Tomb Raider feels more like the two previous games than a fresh experience.

Review: Rise of the Tomb Raider

Sexism in Gaming: When Sexy becomes Sexist
Be the first to comment!
Leave a reply » 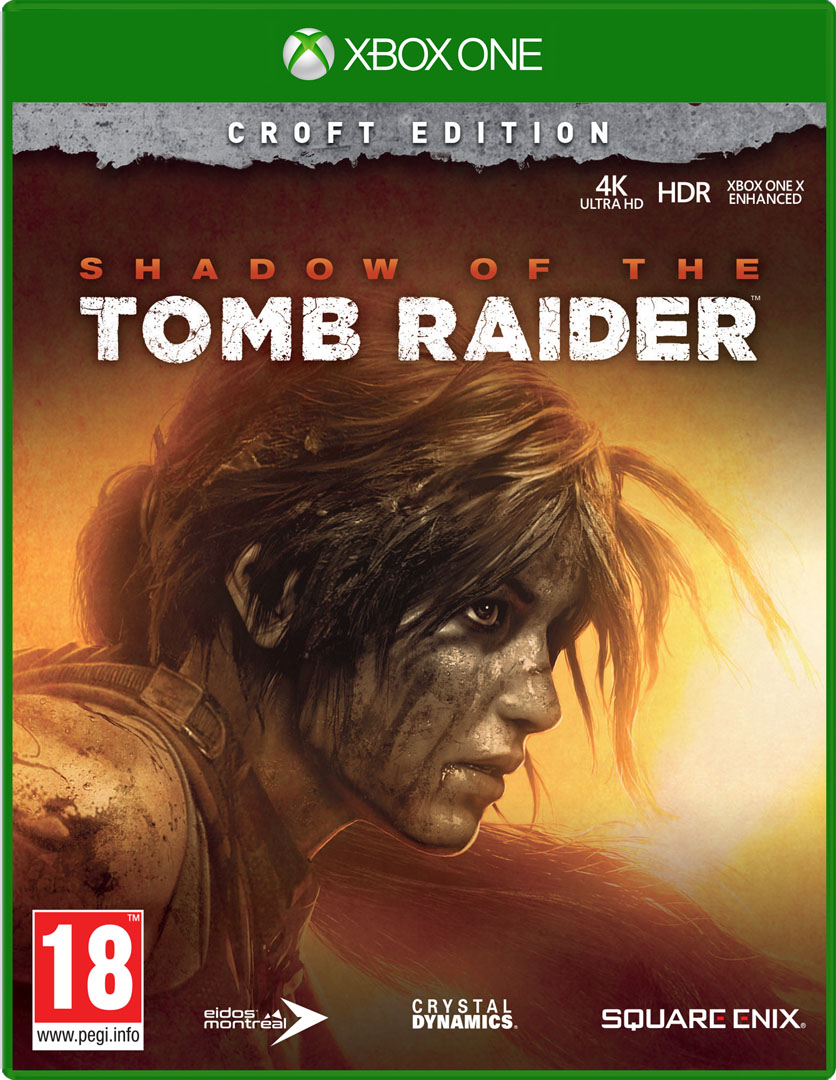