Released back in the early 1990s, Secret of Mana ranks really high for me on the list of best RPGs, if not games of all time. When Square Enix announced that a remastered version of this mythical game was in development, I was as surprised as everyone else, but also worried. The story of Randy, Primm and Popoi has attracted many fans in recent decades, but is it time for the new generation to dive back into this world and truly appreciate it for what it is?

Now don’t go and expect a full review here, as I’ve played the game originally in 1996 as well as replayed it on Android couple of years ago. If you want a full review of the game, with a complete focus on its mechanics and story, then I would advise you to visit OpenCritic or any of the other gaming review aggregators.

In any case, like the old-school player that I am, I’ve went ahead and played the game with Japanese voiceovers and English subtitles, and tried the rearranged soundtrack option,  just out of curiosity. The remastered version of course has full English voices and you can also enjoy the original soundtrack in all its voices. I should also point out that the original game never had any voice acting, which adds an interesting dimension to the game.

Now I wonders honestly what is the point of re-launching a game that pretty much just celebrated its quarter of a century anniversary. Well, I guess for quick and easy money for Square Enix, but also introduce the epic RPG to newcomers. Now don’t expect anything crazy with this remaster, the likes of the recent generation of Final Fantasy titles, but more towards something out of the PlayStation 2 era. Whether we are talking about cinematics or the game animations, the 3D environment show their age, and characters were modeled chibi-style and have little to no facial animations. That part is very weird to look at, almost like watching weird plastic statuettes that attempt, without success, to transmit emotions such as anguish, fear or anger. In addition, the textures applied to the environment do not really do justice to the original work, reduce to crude and harsh assets that will not please fans of the series.

But if you can still get by with the graphic evolution, the effect it has on the gameplay are much less acceptable. Originally, Secret of Mana on Super Nintendo is a lively game, sometimes demanding or frustrating given the number of hits that miss their target, or the way enemies had to corner you to beat you. Secret of Mana HD is on the contrary terribly easy, as enemies are now slower, bosses much easier to beat, and you could even rush through the game without ever having to stress about leveling up.

And so you progress in Secret of Mana HD without any difficulty, and this is even if the AI is still kind of dumb. Back in the days, our AI-controlled allies tended to get stuck in some places. but now they decide to fight on their own for no reason, or to aim deliberately next to the target. The best is to recruit one or two friends and play coop. On that front, if it is not possible to play online, Secret of Mana HD is a game that is appreciated above all with friends in the same room, and whose defects get kind of forgotten.

In any case, those full of nostalgia will probably agree that Secret of Mana is a much better game in its original version. The charm of the JRPG just doesn’t work with 3D elements, and we end up with a purely commercial port that does not honor Koichi Ishii’s legacy. Plus given its surprisingly high price, it is difficult to recommend this new version which lacks the soul of the originals.

Secret of Mana Remastered was reviewed using a PlayStation 4 downloadable code provided by Square Enix. The original version of the game was launched on the Super Nintendo back in 1993, and the remastered version is also available on PlayStation Vita and PC via Steam. We don’t discuss review scores with publishers or developers prior to the review being published.

The magic of Secret of Mana seems to have faded during its transition to HD assets. Beyond a graphical upgrade that will certainly not please everyone, it is especially the old rhythm of the combat and lack of difficulty that make the adventure much more bland than the original. If you played the original, I would advise not to tarnish your memories with this so-called upgrade. 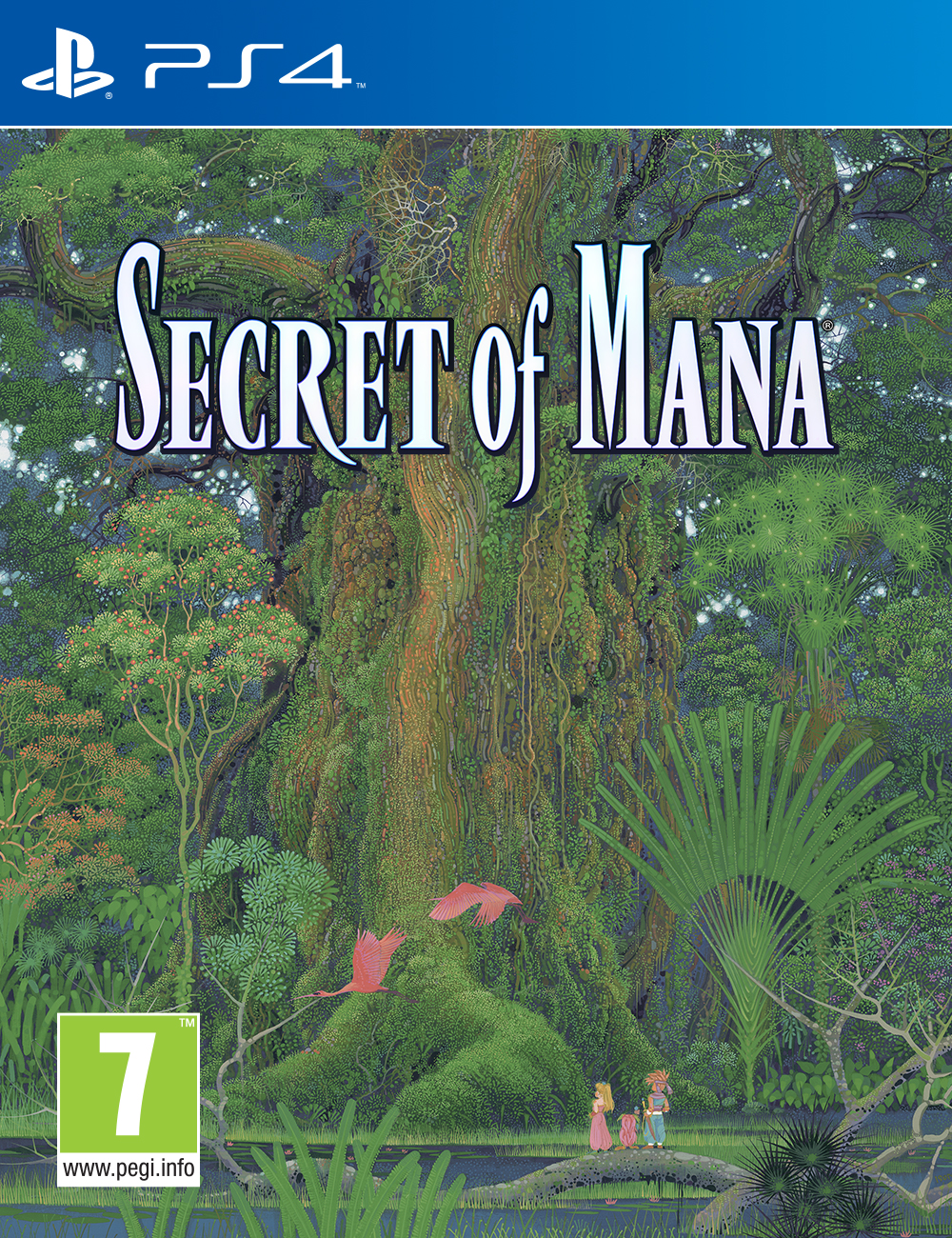