When I think of Rare, what pops into my mind is all the lovely memories I had playing their iconic games like Battletoad, Donkey Kong Country, and the amazing Perfect Dark. Nowadays, Rare is part of Microsoft long list of owned studios, and have been working on numerous Xbox exclusives since the early days of 2002 including the Kinect Rivals, creating the console avatars and so on. There have been some recent games, but nothing to truly remind us of the good old era of Banjo Kazooie for example until Sea of Thieves was announced in 2015. A title focused on cooperative multiplayer with pirate-themed action-adventure gameplay mechanics, typical Rare-style artistic direction… I’m not going to lie, I’ve been really eager to see what one of my favourite developers have cooked up and if it’s up to the expectations of such a studio.

Sea of Thieves is a game that promises to live the pirate life, full of adventures and loot. It’s in a dusty tavern that your story begins, on a random island which will serve as a hub for your many adventures in the sea with – or without – a crew. The world of developed by Rare consists of about sixty islands, which you’ll visit via quests and mainly find treasure in underwater shipwreck holds or on beaches, hidden in the warm sand, and much more in a shared online mini server instance that fits up to 16 players. Once a loot is collected, it is mandatory to bring it to one of the outposts of the card for resale, which earns money and reputation points to the squad.

Those outputs or hubs are considered are like small towns – lacking life though – in which you equip your equipment, stock on three main resources including bananas for health, cannonballs for your cannons and wooden planks for ship repairs. Once that is done, you choose your adventure (called voyage) via offered quest from one of three “Trading Companies” in the hub (or factions if you want). The Gold Hoarders are the most obvious ones and send you out to islands to dig buried wealth, while the Order of Souls has you hunt for gravesites of dead pirates to get their skulls. The last faction is the Merchant Alliance which has you become a sort of delivery man for certain animals, or have you capture these same creatures to bring them in. And so as in any real treasure hunt game, it will take some sense of direction to find the red cross on the map, that obviously represents the actual location where it is said to dig, or sometimes it’s about riddles written to decipher, using logic and observation to follow a path and find your objectives.

When it comes to the technical aspect of Sea of Thieves, I’d say Rare nailed it with probably one of the most beautiful rendering of water and the sea in video games (better even than Assassin’s Creed IV: Black Flag). The rest of the game has the typical cartoon-ish artistic direction found in pretty much all Rare games, with gentle curves and bright colours, perfectly representing the calm of a sunny sea as to the chaos of a violent storm. With the simple pleasure of observing the horizon behind its rudder adds an excellent work of sound design, with wave splashes but also a fun soundtrack that is based on many pirate and sailor songs. But the game is limited to 30fps on the Xbox One which is a shame, although the display can reach up to 4K on Xbox One X. My issue is that the absence of a “performance” mode in 1080p at 60 frames per second on Xbox One X is regrettable, considering it’s the only console platform the game will be running on. On the PC side, however, the graphical options are numerous and offer the possibility of running Sea of Thieves on rather modest configurations like even a Surface Pro 3 (the mid-range i5 edition with 8GB of RAM to be precise).

Now for those of you excited to get this game in hope to fulfil your pirate fantasies, there’s something major you need to understand which I already mentioned above: the game is mainly a coop title. Even if it is possible to start the adventure alone with a smaller boat, it is multiplayer with other players that give the title a particularly interesting coop experience if you have friends with the game, or hopefully, find strangers that are willing to use their microphones. With no on-screen direction like minimaps or path indicators, taking off on a galleon requires some coordination and a lot of communication between every four members to be able to sail, tasking each one of you to certain actions. You can all help raise the anchor, but eventually, only one will have to main the helm, while another reads the map and compass to make sure you’re heading the right way, and the rest of the team mains the guns or controls the sails to take advantage of the wind. Obviously, it’s not easy to do that with random strangers, so your experience will be different all the time if you’re not sticking to the same crew, and it might not be a fun game in some occasions. In general, the social aspect of Sea of Thieves shines easily. Certain objects such as the maps or even compass can be seen by all your friends, which helps all to agree and help together. For those without mics, you have at your disposal a wheel of expressions in kind of a complete set of sentences to shout like “I’m on the island” or “I’m back on the ship”, plus another kind of animated emotes like clapping, dancing, etc.

Unlike other multiplayer games that reward players with an experience system that gives you access to more powerful weapons and improved skills, Sea of Thieves has money and reputation levels per faction. These levels grant you access to both cosmetics upgrades and more difficult contracts with higher rewards. Sadly, all these new weapons to obtain do not do extra damage and a gilded wooden leg won’t make you run faster because everything earned is a purely visual upgrade with no RPG or stats elements to it. Which comes to the biggest issue of Sea of Thieves: it doesn’t feel like it has a purpose. This coop title is what I would like to say a large sandbox with no real end game to satisfy the most hardcore of players, thus Rare fell into a strange predicament: who is the target audience of Sea of Thieves? After spending hours doing numerous voyage, trying to hunt the Kraken and surviving enemy assaults, getting a mere hat may not be motivating for most players. Most of us have learned or got used to a feeling of progression that comes via levelling up or key accomplishments that upgrades our stats, which in this case is non-existent. Sea of Thieves in its current stance is a basic initial experience that will need to quickly change or get updated with other gaming mechanics because after 3 days I’m already bored.

Sea of Thieves was reviewed using an Xbox Play Anywhere downloadable code of the game provided by Microsoft. The game was tested on an Xbox One X and a PC running Windows 10 Pro, with a 4GB NVIDIA Geforce GTX 960 fitted on a 5th Generation Intel i7 4720HQ 3.2Ghz CPU and topped with 16GB of RAM, as well as a Surface Pro 3 for touchscreen gameplay. We don’t discuss review scores with publishers or developers prior to the review being published (click here for more information about our review policy).

Rare banks heavily on the journey you'll experience with Sea of Thieves, yet sadly the destination is confusing or might be a letdown for others. At the current state, we cannot suggest Sea of Thieves as a game but it's solid on a technical level and can be fun with friends for a while. Let's hope Rare can upgrade the experience fast enough to keep the attention of the most loyal players. 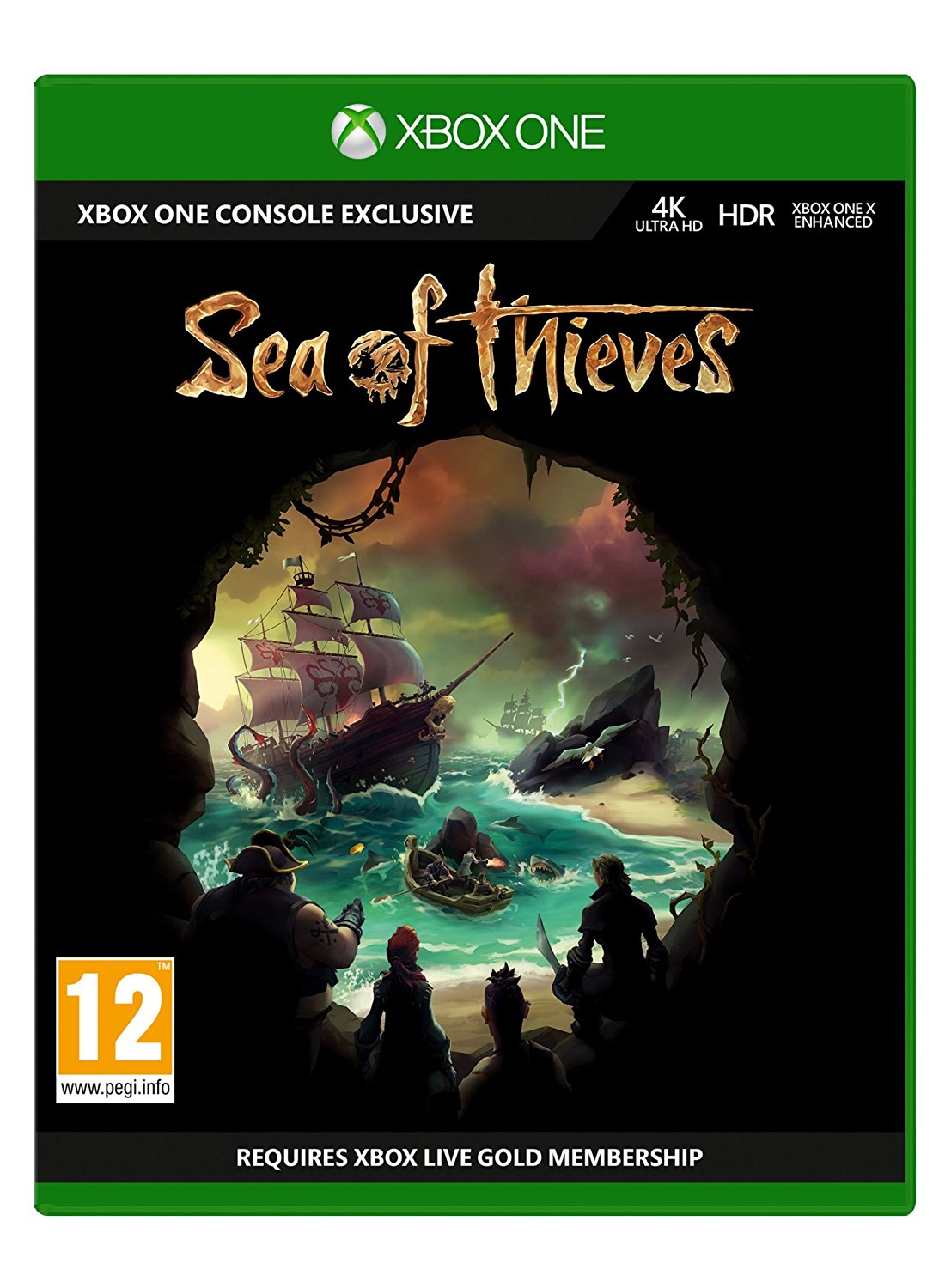