Probably not among the biggest titles awaited for this month by most gamers, Scribblenauts Showdown gently landed, trying to break through the crowd with a new concept. This title is a mixture of mini games and board game, like Mario Party and other in the genre, playable alone or with friends.

At the beginning of each turn, the player draws a card with different actions like advance three spaces, draw two cards, push another player behind, etc. While some of them have an immediate effect, others – the most interesting ones – trigger a mini-game, where the winner then benefits from the effect of the card.

The mini-games are broken down into two big categories: Wordy or Speedy games. The former are extremely basic and ask, for example, to shake the thumbstick as fast as possible to make a bottle of soda explode on your opponent. Not very complicated, they have the merit of providing an immediate experience without much thought, just relying on your reflex. The second ones thought have more complex rules, and require a little more focus.

If Scribblenauts Showdown is above all a party game, you are still playing a Scribblenauts game. In some mini-games, the game will give you a theme and offer players to create their weapon, mount or gear based on what you typed as a game. For example, during a fantasy hurdle racing mini-game, I had to pick a faithful steed that starts with the letter K. While my AI oponent when for Koala, I just went for a Kangaroo. This obviously gave me the extra boost in speed for the race. When you think that the game offers a very rich vocabulary, composed of 35,000 different words, you know you can end up with some interesting words and creations.

In addition to this main mode, Scribblenauts Showdown has a Versus mode in which one embarks on custom set of mini-games, which you can set as low as 5 or 25 sets. You can have a mix of those mini-games, or just focus on a category (Wordy or Speedy), or if you’re more a purist fan, then try the sandbox mode. The latter draws more inspiration from the core series, by proposing varied levels, in which one will have to solve puzzles by either typing and creating an item or more. For example, you walk around a zoo and an animal seems to be hungry? Try writing meat, and you can solve the riddle and win Starlites (the game’s currency), which you can use to unlock more levels or customization options.

What charmed me though the most in Scribblenauts Showdown, as it was the case in the previous games, is the artistic direction of the game. Aesthetically, the team over at Shiver Entertainment did a great job keeping the essence of the series especially since it’s the first console game. Sure of course it will look nicer on Xbox One than it did on the original Nintendo DS platform, there’s a still a rather childlish and Nintendo-ish touch to it.

But my issue with the game is the content. Don’t get me wrong, it’s nice to know that there’s over 35,000 words in the dictionary that basically becomes a real object (or animals, etc), but there’s enough game. A party game with just 25 simple less-than-a-minute mini-game is not going to compete with the other giant of the genre like Mario Party. It’s not because of the difficulty of the games, but also some are just not interesting at all, like the “flappy bird” clone or the pinnata trial that doesn’t have any logic.

Scribblenauts Showdown was reviewed using an Xbox One retail copy of the game provided by Warner Bros Games. The game is also available on Nintendo Switch and PlayStation 4 in digital releases. We don’t discuss review scores with publishers or developers prior to the review being published (click here for more information about our review policy).

• Nice take on the series
• The main board mode is fun
• Over 35,000 objects and words
• Sandbox mode is fun
• Neat artistic mode

Scribblenauts Showdown is not what you expect from the franchise, but it's a decent alternative to interactive party game. But with a lack of content in terms of mini-games, you might not stick too long.

Review: Just Dance 2018
Be the first to comment!
Leave a reply » 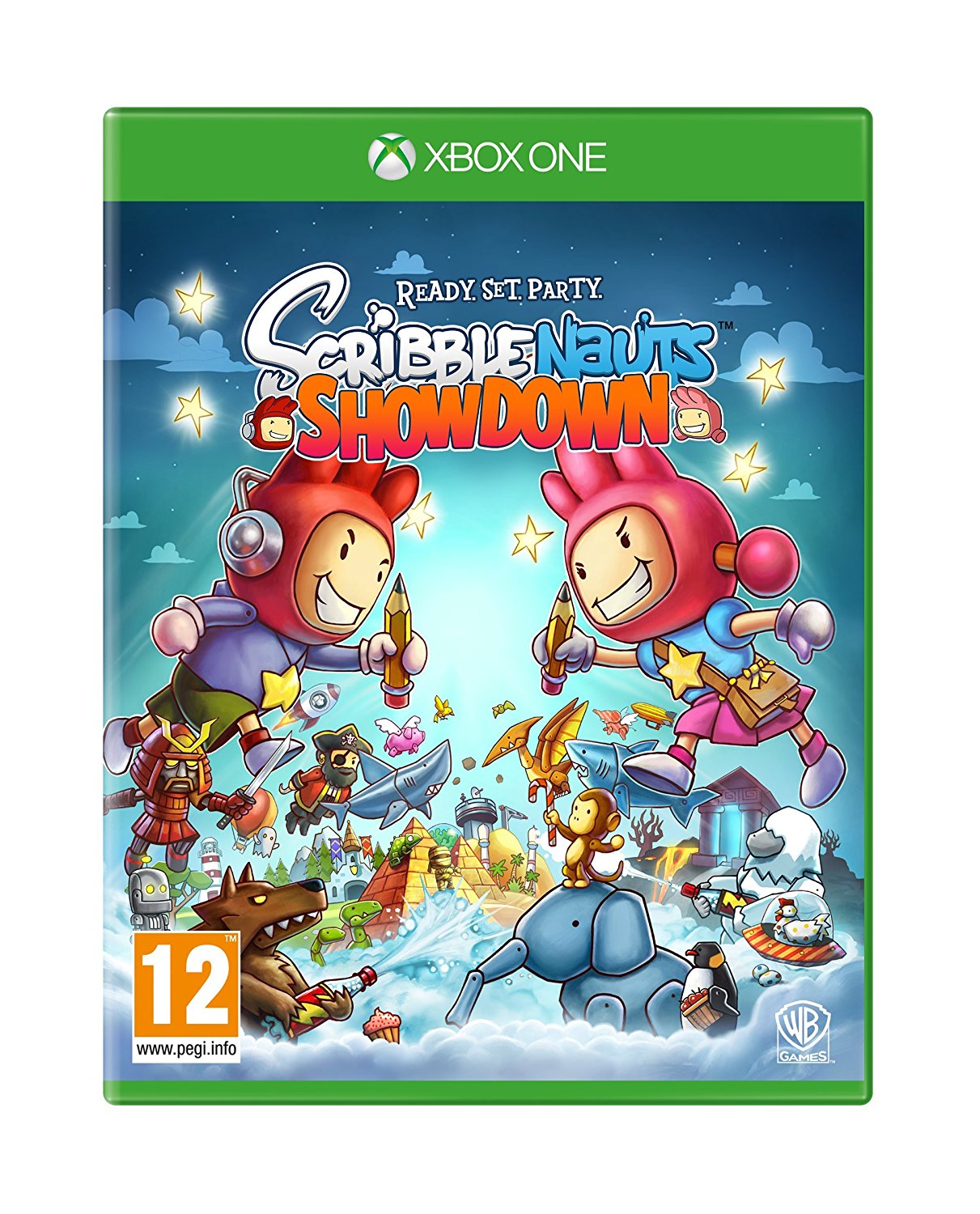