It was 2012 when Resident Evil: Revelations was released, a survival horror experience on the simplest device at that time (Nintendo 3DS), which weirdly enough delighted fans after the strange turn of direction taken by the franchise since Resident Evil 5. Acclaimed by the press, released between the amazing Resident Evil 4 and the fifth episode, Resident Evil: Revelations ended up spreading on all major platforms in the later year, and so why stop to the previous generation of consoles? After the re-release of Resident Evil Revelations 2, the prequel is now out on PlayStation 4 and Xbox One, four years later thanks to Capcom’s “obsession” with re-re-releases (probably could add couple more “re” in there), we come to wonder if this version has any changes or additions to make it worthy of a purchase.

For those that never played the game in the 3 previous editions or releases, Resident Evil: Revelations is all about Jill Valentine, Chris Redfield and their companions of misfortune stranded on the Queen Zenobia ship and the floating city of Terragrigia. In 5 years, the storyline has not taken a wrinkle and remains unchanged, and players who have survived in the past the T-virus and its creatures will find themselves in known terrain.

The new features though for this PlayStation 4 and Xbox One version are quite limited, and sadly it is not the visual improvements that will make it on the list. While Resident Evil: Revelations takes advantage of the graphic redesign of 2013 and is displayed in Full HD set at 1080p, with a stable framerate. If all this fidelity of Full HD is good on paper, it doesn’t mask the fact that the game is old, and it’s mostly noticeable on complex 3D models as well as textures.

As announced by Capcom, this new version proves to be the most successful version of a Resident Evil: Revelations. It remains a Survival-Horror game skillfully dotted with fan service and always fun to play, true to the originals. The Japanese publisher does not mock players when it comes to content either, as all of the DLCs are part of the game purchase, and accessible as you progress through the adventure. Plus on top of that is the Raid mode, which adds once again a multiplayer dimension to a solo experience, with a sort of cooperative Horde mode.

Resident Evil: Revelations was reviewed using an Xbox One digital version of the game provided by Capcom. The game is also available on Xbox 360, PlayStation 3, PlayStation 4, Nintendo 3DS and PC, as well as a planned release on Nintendo Switch. We don’t discuss review scores with publishers or developers prior to the review being published.

This new version of Resident Evil: Revelations is mainly intended for those that never played it before, and have one of the current generation of consoles. It's a simple port with nothing added from previous generations, and you can tell that with outdated textures and graphics. 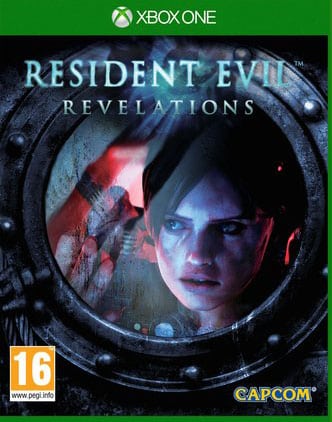