I’m a huge fan of puzzle games, but I’ve definitely noticed something about them. Puzzle games are usually very cutesy and have a pleasant theme usually. They’re relaxing and serene, as opposed to most action games, which are violent and unpleasant. The thing is, it doesn’t say anywhere that a puzzle game can’t take the aesthetic of an action game or even a horror game and apply it to a puzzle game. Professor Lupo and his Horrible Pets does just that.

The game opens with the eponymous Professor Lupo telling a group of terrible men about his ‘pets’, which is a friendly way of describing the genetically engineered monstrosities he’s cooked up in his lab. He starts demonstrating their powers, and surely enough everything goes awry pretty quickly. Thus begins the puzzle portion of the game.

In the game, you control an intern who must escape the research facility and avoid the ‘horrible pets’. Credit where it’s due, they really earn that title. The pets look like something out of a Cronenberg body horror movie, except they’re rendered in adorable Saturday morning cartoon graphics. So it’s like a Cronenberg Saturday morning cartoon, basically. The game is all too aware of how dark it can be, so there’s a ton of gallows humor throughout it, and I think it does a good enough job of keeping things light.

You learn the mechanics of each monster and your job becomes to avoid and outwit them to make it to the exit of each level. This is where the game gets complex, and it does a great job of ramping up the challenge. The monsters all follow you around trying to eat you, obviously, but they each have their own strengths and weaknesses. Some rush toward you when you’re near, while others detect you down a hallway and plot a course towards you that they don’t deviate from. The game’s options menu does a great job of educating you on the particulars of each monster, and it even provides a little lore-appropriate explanation of why the monster moves the way it does. The thing is, you kinda figure all this out with trial and error, so it’s pretty open and shut. And on the topic of opening and shutting, that’s basically your number one defense against the ‘pets’. You need to open and shut doors throughout the lab to get ahead and lock the monsters out. This is a feature that’s implemented wonderfully on Nintendo Switch, as you can make effective use of the touch-screen.

In terms of solutions, every level ends up having a pretty clear pathway that you figure out sooner or later. If you take enough L’s, they end up giving you a hint or activating the special infrared vision that shows you where the monsters are going to move. If you’re a completion fanatic, then they also have optional side goals which involve a bit more creative reasoning and some out-of-the-box thinking.

The game ends up being a surprisingly satisfying puzzle experience, although I imagine for puzzle fanatics it’s a bit on the easier side. Moreover, a lot of the gameplay seems based around speed and reflexes, so for people looking for a more cerebral experience, this isn’t the best fit. A lot of the monsters move at a certain pace, so your job becomes plotting out how long they’ll take to get to you and trying to outmaneuver them. I will say that it’s not just about how fast you can move, given the fact that your character isn’t fast at all. The emphasis is still on planning, and if you mess that up you’ll become monster chow. That’s really good advice in general.

Professor Lupo and his Horrible Pets was reviewed using a Nintendo Switch downloadable code of the game provided by BeautiFun Games. The game is also available on PC. We don’t discuss review scores with publishers or developers prior to the review being published (click here for more information about our review policy).

Professor Lupo and his Horrible Pets is definitely a novel take on the puzzle genre, and it manages to design some clever and creative levels to keep players engaged long after the novelty wears off. It’s not the best choice for people who just wanna solve puzzles, but if you like a mix of reflex-based action and puzzle gameplay, you’ll like this one.

Mazen enjoys anything with over-the-top violence, dark humor and a real challenge. He's still pretty big on single-player games and he's always looking for new titles he might've missed out on, so if you know about a crazy new title that's flying under the radar, look him up!
More Goodness
FeaturedIndieIsometric viewPuzzle

Review: Team Sonic Racing
Be the first to comment!
Leave a reply » 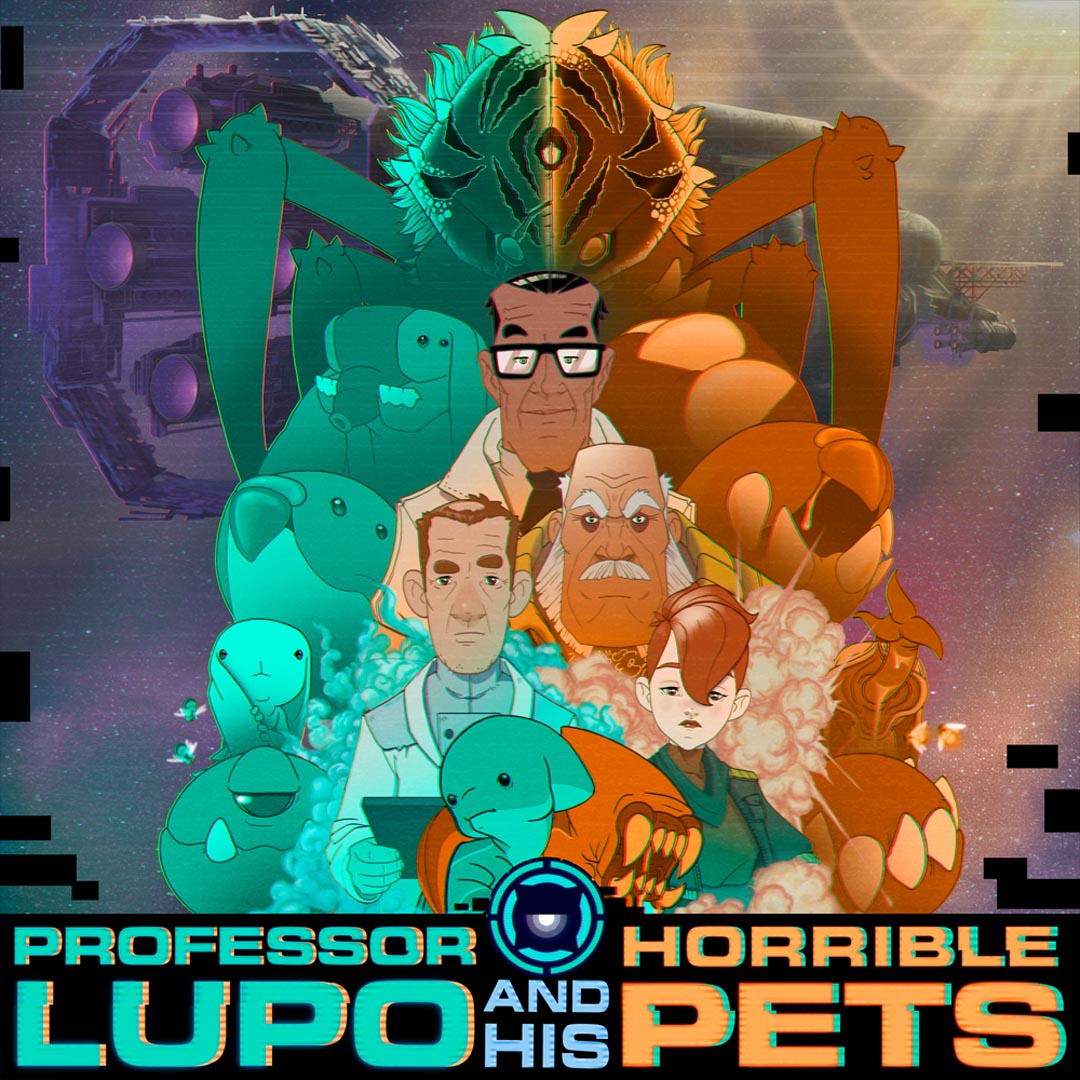