Since the days of Arx Fatalis, French-based Arkane Studios has come a long way, establishing itself as a talented developer, working on projects like Bioshock, Dark Messiah of Might and Magic and even Call of Duty: World at War’s multiplayer, but eventually rose to fame with critically acclaimed Dishonored series. Only a couple of months after the release of the unforgettable Dishonored 2 which I reviewed back in November 2016,  Arkane Studios are back with a risky bet, one given by their sister company and publishing Bethesda Softworks, which is the a re-imagining of the Prey IP, a game that originally came out in 2006, and its sequel was stuck in development limbo with Human Head Studios. Did Arkane Studios manage to pull out another great title? Or did this “reboot” of the Prey franchise did more harm than good?

The year is 2032, and after the failed assassination attempt on President Kennedy in 1963, the world went into an era of advanced scientific progress in a very distopian system where space conquest is a norm. But there is a small problem with an alien race, known as the Typhons, but thanks to Morgan Yu (the game’s protagonist) all seems well at first… Well, until you discover that everything around you seemed to be a farce, and do not remember that you are an eminent scientist and doing research with your brother Alex on these strange beasts on Talos I’s orbital station. You’ll soon discover that the survivors and even machines ensuring safety and well-being of the humans on the stations are possessed by this Typhon lifeforms, and you’ll eventually come to realize that you’re the only hope left to make sure they never reach and spread on Earth.

At first glance, Prey almost feels like a space-themed Dishonored 2 merged with the art-deco aesthetic of a certain BioShock. To say that we are dealing with a FPS juggling action and stealth would be a rushed statement, thanks to a skill tree and a handful of weapons that we have the leisure to upgrade, and let’s us get rid of these Typhons efficiently until you discover it’s not the case. After hours of gameply, I’m satisfied with Prey, but there’s a sense that the product is deceptive at the root, because you are the Prey in this game, and not the other way around. While Morgan Yu (whether you pick the Male or Female version of the protagonist) has the appeal of another iconic scientist from Half-Life (aka Dr. Gordon Freeman), the developers made sure that our hero can defend himself, but in a very limited and rationed way. If one notes an upgradeable life bar to up to 300 points, and a suit that can withstand damage, you should assume that you’ll never reach the state of a “tank”, and that the least encounter is likely to be fatal if you are not prepared, especially since weapon aim is quite complicated for a “mere” scientist to learn instantly.

The core environment of the game is this gigantic and majestic station known as Talos I, completely devastated by a Typhon outbreak, ranging form the smallest of the species known as Mimic to the impressive Nightmare. The Mimic might be the weakest, but you’ll soon discover that they are the root of everything, an Arachnid creature able to copy the form of everyday object and jump on you without warning, and could instantly kill you if you’re not ready. The real challenge is not their tricks, but your aim, even with this ridiculous first weapon you get, a mere wrench key that can melee efficiently enemies if you don’t succumb to the suspense and rush of just mashing everything, startled by these Typhons. Hell, we are not even talking about the biggest monsters, the fastest ones, those that are only perceptible with the help of your helmet’s scanner function, those who can manipulate electricity or fire, and even the station’s work bots that have turn rogue due to the outbreak. Prey’s bestiary in general is the kind you want to run away form, and not just charge in, appealing to your common sense of remaining on guard at all time, to walk in the most total paranoia, and learn the second nature of creating a diversions.

In short, if you are looking for a game label to be given to Prey, it is more a Survival one than a space shooter. Prey is uncompromising, unfair with the approximations and which has you save almost every couple of meter in the game, and constantly wants you to monitor your of resources. Throughout the game, Prey will give you the illusion of a better Typhon killing gear, like 9mm handgun, a shotgun, or even the energy ray Q-Beam, but where are the ammunition? What if you need to patch yourself up after an intense battle? Everything in Prey urges you to explore every crooks and crannies of Talos I and that’s a great thing, because the level design is a marvelous. On par with the best Metroidvania worlds, Talos I is as gigantic as it is magnificent, with a constant feeling of distress, and suspence at every corner, which could’ve been perfect, If it wasn’t for the really long loading time between major areas in the station.

I do admire the scale of the settings, full of areas to find hidden objects, especially in terms of verticality, without indications or marking the “proper” way, stuffed with obstacles that will need you to either upgrade your “lifting” abilities, or even hack through a door mechanism. Soon enough, you’ll also discover another use from your GLOO Canon (one of the first weapon in the game), which allows you to freeze enemies with a sticky goo projectile, which can also be used to create vertical and lateral paths in addition to prevent an electrical floor or leaking gas pipe to reduce us to human ash. There is also special inhuman powers that are gained with something called Neuromods (based on technology from Typhon research), which can be quite fun like the ability to temporary turn enemies into allies, gain control of Operators and turrets and even become a Mimic yourself by turning into everyday objects. The possibilities are endless, with an inventiveness and generosity that compel respect, true to a good Metroidvania game.

Prey was reviewed using an Xbox One downloadable code of the game provided by Bethesda. The game is also available on PlayStation 4 and PC via retail and online stores. We don’t discuss review scores with publishers or developers prior to the review being published.

• The constant obligation to be cautious in order to survive.
• The feeling of permanent suspense
• The soundscape for the game is fitting.
• The artistic direction and architecture of Talos I
• Great gameplay ideas.
• So many quests and choices that weigh in the end.

Rich and full of ideas, Prey is another great work from Arkane Studios, showing once more that they are on par with the biggest development studios around. Great mood and screenwriting, players will find a Metroidvania game mixing horror and science fiction influences, and can handle action, stealth and survival mechanics without trying to hard. 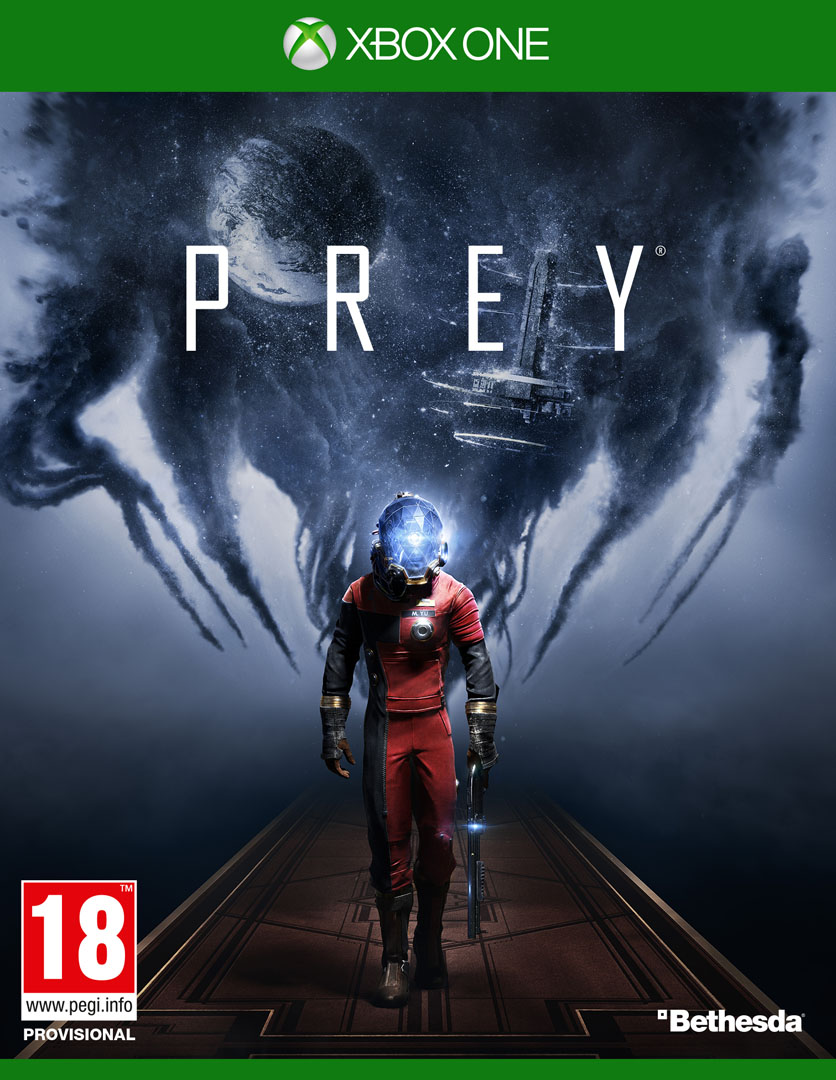