Often, simplicity attracts me to videogames. In the case of Pode, the game’s simplicity comes from its central theme. This theme, which motivates the characters and leads them to simply move forward, enjoying each moment, is friendship. And that’s kind of how it happens in real life. The game wants to be an experience based on cooperation between two people who are more relaxed and quiet, which is why the game prefers to eliminate certain elements such as deaths or conflicts. It’s very reminiscent of the underrated Steam and PS indie title ibb and obb, although that one was much more co-op focused.

The premise of Pode is pretty open and shut. One fine day, a small celestial body falls to Earth, where it is discovered by a sort of living rock thing. This motley pair quickly becomes friends, and they decide to travel to the top of a mountain full of caves to return back to the sky. Pode is simply the journey of these two buddies.

Pode has very gradual and relaxed pacing. It’s not so much a day of paintball as it is a lazy summer afternoon with friends, where you move about in contemplation. It is not a video game that fills you with adrenaline, but I think that for the most part, Pode manages to achieve its goal. For the most part. Teamwork is key here, and I really recommend bringing a friend along

The levels in Pode are a series of caves with varying visual themes (earth cave, water cave, etc), and in each, there are a series of small puzzles that must be solved using your characters’ special abilities. This is the real bread and butter of co-op; making it so that each character has a specific skillset that can be used in a different way.

Sure enough, each of Pode’s characters has different abilities. The stone fella can swallow blocks, and the other player (the one with the body made of light) has the ability to sneak through small holes. There’s a fair bit of trial and error. You go around a level with one character and see if you can interact with anything, and then you go around with the buddy to see if you can interact with anything the second time around.

In this regard, the ‘puzzles’ are really just challenges to see whose turn it is. As such, it’s actually a fairly slow game, and the puzzles never feel that complex. There’s not really a challenge system in place to punish you for getting it wrong or whatever. Using this assortment of skills, you cross several rooms that pose challenges contained in small levels that are mainly focused on the use of powers to access different places and thus activate different mechanisms that allow us to advance more.

Now, at the same time, it’s actually not that easy a game, considering there’s no help or hint system to find those solutions. Pode has a major problem. The problem is that sometimes, the puzzles that come up can be too cryptic and strange. These problems can be easily seen in the final puzzles of each section of the cave. These puzzles stand out, in the bad sense of the word, as peaks of difficulty in which it is easy to get stuck.

And why is it easy to get stuck? Because sometimes they usually rely on clues that aren’t really visible to the eye or on ways to use the powers of the characters that have not been explained before. Definitely, these are the worst parts of this peculiar game, because they stop the progress immediately.

At the same time, you have to appreciate that at the main menu gives you immediate access to each room in the cave without any complications, which basically allows players to choose other puzzles before finally trying to play that challenge that could not be deciphered earlier.

However, getting stuck can be a pretty frustrating problem in a game that primarily aims to create a completely opposite effect on the player, an effect consisting of a complete serenity and quiet. It’s like listening to classical music in a math exam.

Pode definitely stands out thanks to its simple yet pleasant visual style, which above all, was friendly to the eye. And I’m not going to say no to nice visuals. Pode definitely manages to transmit good vibes through its aesthetics, which is not necessarily original but does achieve its objective.

The game stands out more for the sense of simple wonder that it comes to show throughout the adventure. When each character goes through a cave, the environment ‘reacts’ and it’ll light up and become more animated. As such, caves which at first appear barren and empty will suddenly come to life with new formations of plants and rocks with the powers of the protagonists. It may be that after a while, these transformations of the terrain are mundane, but it’s still nice to see.

This same charm, however, comes at a price. The animation effects wear out their welcome several times when they, unfortunately, fail to maintain a stable frame rate. Within the great scheme of elements to be taken into account, we are faced with a game that could have brushed up more on its technical aspects. But this shouldn’t detract from what is a fundamentally solid co-op experience.

Pode was reviewed using a Nintendo Switch downloadable code of the game provided by Henchman & Goon. We don’t discuss review scores with publishers or developers prior to the review being published.

Pode is a heartwarming experience about friendship and working together, and it’s best enjoyed with a friend. It can be a little tricky at times, but overall it’s fairly smooth and enjoyable.

Review: Shape of the World
Be the first to comment!
Leave a reply » 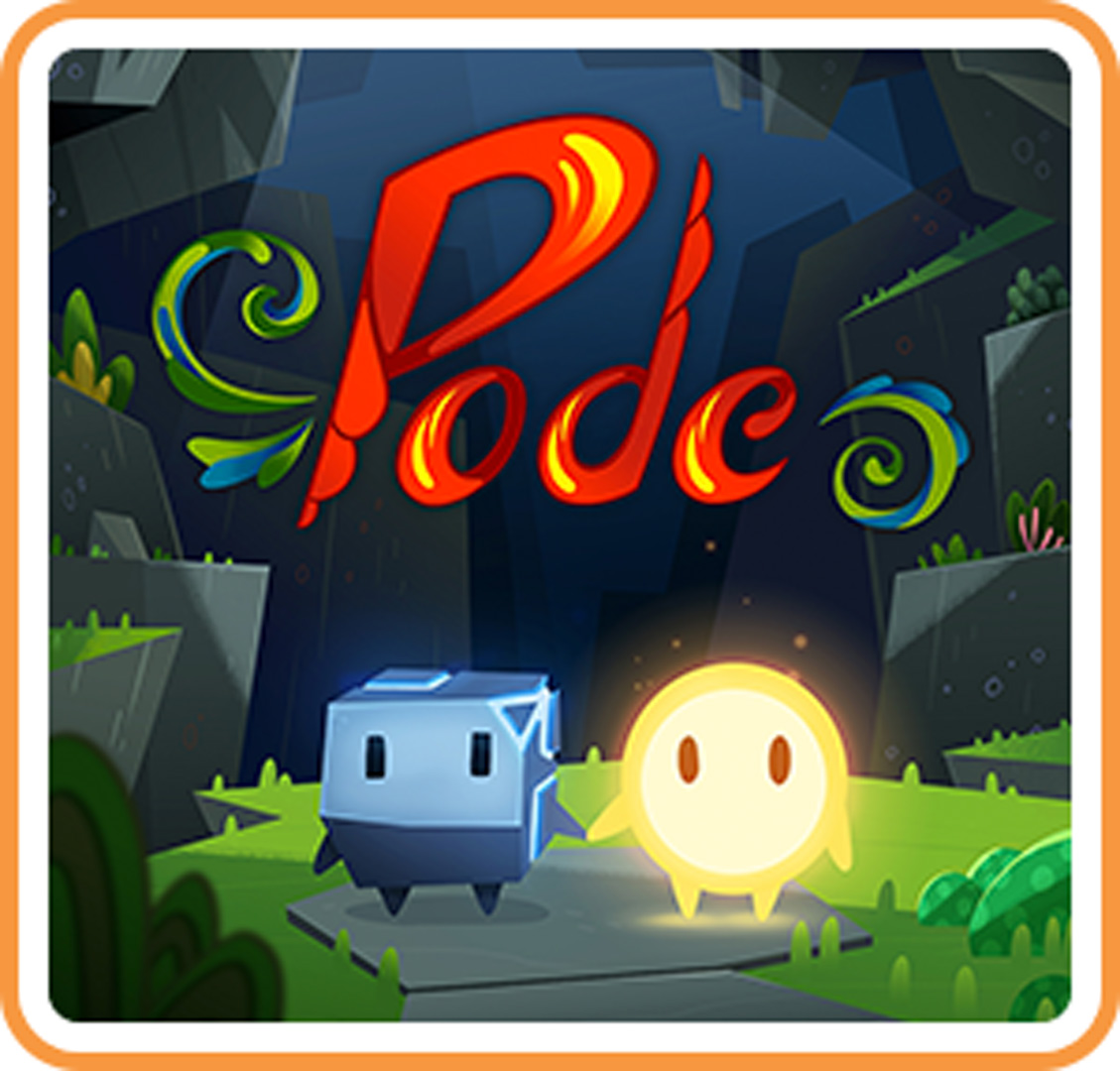