Games like Amnesia and Outlast changed the definition of horror so much that now virtually every horror title is set in first-person and paced with a slower, more psychological burn. Consequently, new titles have to do more to stand out. In the case of Perception, the main concept is that your protagonist is a blind woman. The game has a lot going for it from the outset. In fact, it was put together by a team of veterans who have projects like BioShock and Dead Space under their belts. Let’s see if they have another good thing.

The game’s main gimmick if you will, isn’t entirely novel, but it also hasn’t been done that often. In this instance they haven’t gone the route of making everything sound based.  Instead, the protagonist Cassie, however, is fortunate enough to have a system of echolocation. Essentially she perceives reality as Daredevil does, exploiting the noises to build a mental image of your surroundings. The system is brilliantly executed, and while other games which take away your visuals get a little frustrating, Perception has a terrific system in place. Whenever a sound echoes out, surfaces take shape and allow Cassie navigate clearly and easily. The only issue is that sometimes there are no sound sources to reveal what surrounds you. This basically breaks the game’s pace. But these moments were infrequent. Of course, Cassie doesn’t just use her echolocation to spot objects; she also uses it to survive. The game pits you against various mysterious characters, including one known as The Presence that got right under my skin.

The main setting of the game is a tame villa located near Gloucester, a place that seems innocent enough but holds some pretty disturbing secrets. Tormented by disturbing visions that come from a distant past, Cassie explores these secrets throughout the game. Perception’s story is heavily based on the idea of rooted around in the past and finding its point of origin of dark presences that leave behind tragedies, spectra and mysteries.

Cassie, somehow linked to everything trapped in the mysterious Echo Bluff villa, is suddenly involved with a strange nightmare made up of cocoons, mechanical dolls and other steampunk horrors. You can totally see the influences that Bioshock has on the game, but it does its own thing in terms of visual style.

The game’s story unfolds in an amazing way. At first things seem to have little meaning, but room after room Cassie puts together the pieces of an increasingly convoluted puzzle, a mystery that leads us through a mad mother, drowning, fires and assorted dramas. All these events, conveyed through vivid voice flashbacks, represent the thread we must follow, in the darkness, through a house that changes around us and takes us through time to the inevitable final stage shot to reveal a bigger design. Reaching it is not particularly difficult even if it is not the case to underestimate the threats that surround us.

The house is infested by a presence that is constantly searching for you and which follows if you make too much noise. When it finds you, or when you are targeted by other entities, the screen becomes yellow and then, as the creature approaches, it turns more and more towards the red, warning us that you are one step from the end. Your only recourse is finding shelter in one of the countless home-scattered hiding places that include baskets, big drawings, beds, curtains, and so on.

All things considered, however, most of Perception is pretty breezy. It reminded me a lot of Layers of Fear, in that there *are* puzzle elements and scares, but for the most part you’re just going from point to point, walking simulator style. The game doesn’t do enough to immerse you in its setting, as it seems much more focused on telling its story.

The game does pick things up in its final chapter, where the danger becomes much more real and the previous mysteries begin to get explanations and answers. Honestly this is one where I won’t give away too much but I will recommend that you stick it out.

Perception was reviewed using a PC digital code of the game provided by Feardemic. The game is also available on PlayStation 4 and Xbox One via retail and online stores. We don’t discuss review scores with publishers or developers prior to the review being published.

While it’s lighter on the scares than its big brothers in the horror genre, Perception ends up being much more memorable due to its well-crafted story and unique way of creating danger. Its central mechanic forces you to be careful and quiet, and its final chapter delivers a wallop that more than makes up for a slower start. 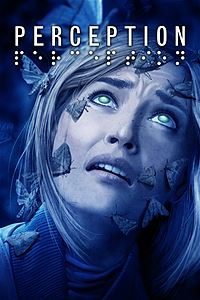