Released earlier in September on Steam as a prologue episode, Pankapu is the first game from French based Too Kind Studio. Now out on Nintendo Switch in its entirety, I got to try this platformer game, which has a solid creative direction, interesting story, and bloody good soundtrack done by Secret of Mana’s Hiroki Kikuta but also newcomer Matthieu Loubiere (better known as Ganaé Music Maker).

The story of Pankapu takes place in the world of Omnia where you – the main character Pankapu – were created by the god of dreams (Iketomi) to defend the land from hordes of nightmare creatures called Hya’Nagis . Told in the way of a story to a young child by his father, the tale evolves throughout a series of levels which has a combination of simple platforming mechanics from the 1990s such as melee combat, jumping puzzles and avoiding deadly traps.

Pankapu is a rather strange character to lead this game. A weird specter, adorned of a ruby and gold armor, Pankapu barely speak but can swing a sword that seems too big for his side. He can jump, protect himself with his shield or strike with his sword, and fortunately will get a voice thanks to a more comical companion called Chii. The latter is a small magical golden spider that will guide him and pretty much talk on Pankapu’s behalf.

With the world of Omnia now invaded by nightmares, Pankapu will have to face numerous enemies that are sadly not that original, if not boring design-wise. They are mostly small or large black balls of goo, with around four variants, which roam the lands waiting to be sliced by your weapon, but that’s about it. No experience, or currency rewards these kills, and you almost get to a point that you could skip killing these nightmares and just finish the episode instead. There are also pitfalls and traps to be avoided like those sharp spikes that come out of the ground or the ceiling, but nothing out of the ordinary.

To add a bit more of variety, the game introduces later one the ability to chance Pankapu’s nature into an archer or a mage with a single button. The switch will obviously change your main weapons, as well as your secondary attack and additional abilities like double jumping, and while there’s a sprinkle of RPG elements added to upgrade skills, you’re not really forced to do so.

If Pankapu is not very difficult at first – in any case for the platformer fans – it becomes harder by the end of this rather short title (3-4 hour tops). You’ll have to find the right rhythm to avoid traps, decide what battle to skip, but at least there’s a load of checkpoints scattered on each level, which also happen to recover your health.

Overall, Too Kind Studio first game does not really try to reinvent the genre, but just plays on a solid foundation of numerous platforming titles, but it’s the artistic direction, great anime-style cutscenes, hand-drawn graphics, and magical soundtrack that shine. It would’ve been a bigger project, but for a first attempt at gaming, it’s a solid start for a young independent studio.

Pankapu was reviewed using a Nintendo Switch digital copy of the game provided by Plug In Digital and Too Kind Studio. The game is also available on PlayStation 4 and PC via digital and retail releases. We don’t discuss review scores with publishers or developers prior to the review being published.

While Pankapu is not that original, it's a solid start for a first game from Too Kind Studio. The creative direction is beautiful, but the gameplay is not solid enough to incite a sure buy for everyone. 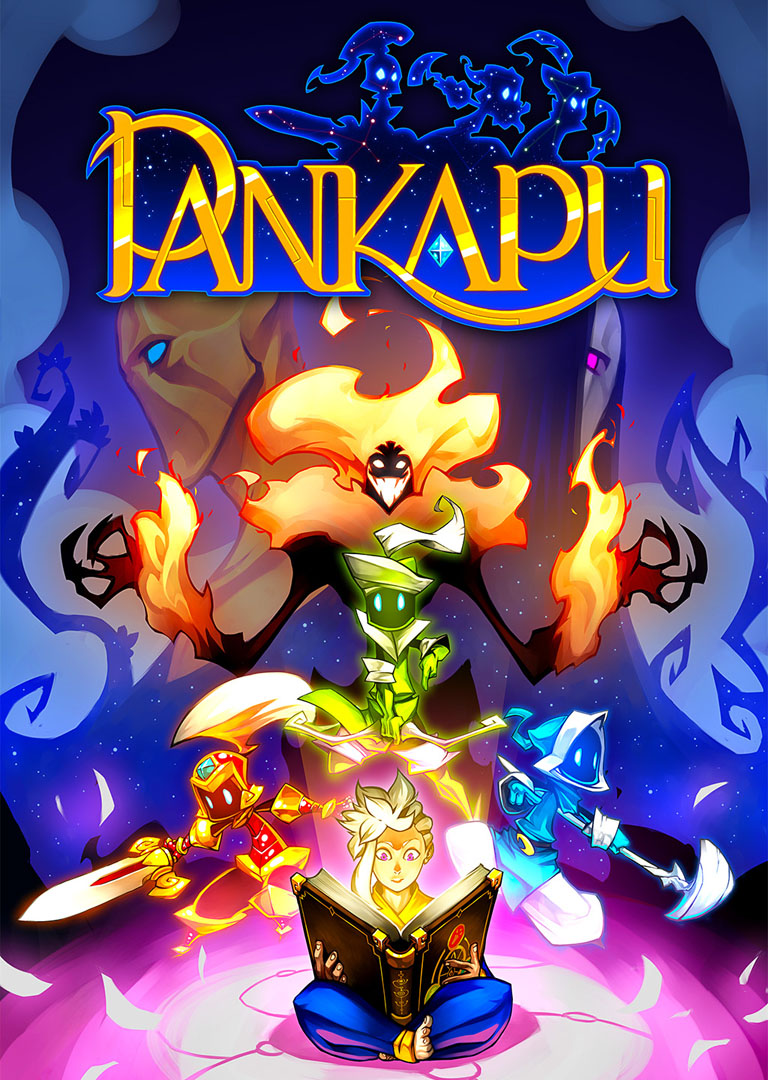