Editor’s Note: More than a year after the game’s original release and our review on Xbox One, this piece has been updated following the release of the game on Nintendo Switch, as well as the content updates that is available to all which reflects on the overall score, and final verdict.

A weird blend between retro and modern elements, the Pac-Man Championship Edition franchise is one of the rare cases where a decades-old arcade game concept has been revived without undermining its core fundamentals. Now in 2018, Bandai Namco decided to port its last entry in the series to the Nintendo Switch, renaming it Pac-Man Championship Edition 2+  with a brand new mode focused on multiplayer.

If you want a complete review of the game, you can read it under this Nintendo Switch focused feature, from my original test of the game back 2016. Otherwise this expanded review is all about the additional content and key features of the Nintendo Switch edition. While Pac-Man Championship Edition 2+ includes everything contained in the original game released on Xbox One (and other key platforms) in 2016, the Nintendo Switch version has one major novelty which is the coop mode for up to two players. The best part is that rather than just rehashing the old singleplayer levels for this purpose of playing as two players, Bandai Namco has opted for something more interesting that requires intense coordination.

While both players can recover Pac-Dots on their own, they are urged to meet up to be able to advance to the next part of the stage. It seems simple in the first levels, but obviously, everything becomes more complex when the speed is multiplied by 10 and a single missed turn has you or your friend in front of ghosts. When a Pac-Man gets caught, the other has a short amount of time to save it by ramming repeatedly the ghost that captured him (or her). On top of always being pressed by the timer, the levels are finished the same way as the original version.

Undoubtedly, this two-player mode proved effective for fun and casual short game sessions with your partner or friends at home. It remains to be seen what this gives in the long term, as co-op is less focused on scoring than the singleplayer with its pronounced online leaderpoints. Another point is the lack of any online co-op mode, but given the heavy need for synchronized strategies, and no proper VOIP system on the Nintendo Switch, then this is understandable. Yet even if you don’t have friends or anyone to play with (don’t you feel bad, I prefer to be alone as well), this version of Pac-Man Championship Edition 2+ can also have you play the unique co-op mode with an AI powered character, or you could always go ahead and experience the original content from the game which is a hardcore challenge especially if you aim to S rank all levels.

Pac-Man is one of those iconic games that seem to exist outside the normal flow of time. An icon of the original gaming arcade generation, the title may have aged, but as Pong before him, this 1980s classic remains ever-present and its gameplay flawless thirty years after its release. Even in that context, Pac-Man Championship Edition 2 manages to revisit the franchise very effectively, with a modern twitch like it did with Pac-Man 256, which we reviewed recently.

So what’s this game all about? Well, Pac-Man is a little yellow character that just wants to eat these white dots scattered in a maze, while trying to escape from four ghosts which are all inseparable characters from popular and gaming culture. If variants of the arcade game have increased over the years – including Mrs. Pac-Man, or even platformers like Hello! Pac-Man – the original 1980 game was never dethroned.

Fortunately for the players, Namco Bandai isn’t trying to either rewrite history or reinvent the wheel with Pac-Man Championship Edition 2, as the developers have instead decided to build on the solid concept of the original game in order to make some small improvements and refresh the experience for newcomers and even hardcore players. The experience though starts very badly for players, as not only because the game requires that we go through a tutorial, but the tutorial in question stretches in really long way that most Pac-Man players would know. I mean let’s face it, the goal is simple: Eat the white dots, eat the fruits, escape from the ghosts until you get the super pellet for some payback time.

Anyway, after a few minutes where you feel like the developers assume nobody knows a thing about Pac-Man, the tutorial start explaining the new additions of the game, which are mainly the same found in the first Pac-Man Championship Edition. Among other innovations, it is now possible to bump into the ghosts without losing a life, which at the lowest difficulty, will allow you to push them away to up to three times in a row, before they get “angry” and go in pursuit of our protagonist. That anger phase is short, and usually allows the player to escape the wrath of the ghost before getting back to devour white pellets.

Pac-Man Championship Edition 2 also added mini ghosts, which are randomly scattered around the maze and sort of “sleeping”, which will wake up as Pac-Man pass near them. Frightened, these mini-ghosts will stack behind one of the great ghosts to form a train, which can then block a lot of areas in the maze, almost like the game Snake. But grab that super pellet and you’ll turn Blinky, Pinky, Inky and Clide into the prey rather than the hunters, and you’ll be able to gobble them up as well as all their mini-ghosts, as long as you catch them from the front of the train.

The game is rather simple in terms of mode, and as in the original Pac-Man, the goal is to accumulate the most points possible to rank on the score boards. But instead of jumping from one level to another like the traditional game, Pac-Man Championship Edition 2 offers two modes of play to unlock more content (if you reach certain score ranks, which are E, D, C, B, A and S): one is a simple time trial mode, and the other is a sort of adventure where you’ll need to defeat a boss at the end of the chapter. The action gets really frantic with this ghost hunt, as you travel faster as you eat more pellets, and there’s even jump platforms, as well as special powers to return to square one to avoid certain death. All of this will be careless fun for newcomers, but old-school fans of the series might be turned off by the modern twist, especially when adding the urgency of a ticking clock.

Pac-Man Championship Edition 2 was reviewed using an Xbox One and later on Nintendo Switch downloadable code of the game provided by Namco Bandai. The game is also available for PlayStation 4 and PC on digital stores. We don’t discuss review scores with publishers or developers prior to the review being published.

Now available on the Nintendo Switch, Pac-Man Championship Edition 2+ won't win awards for its innovation, but it's a great way to be introduced to the series which is a pure and simple arcade game. The folks at Namco Bandai have managed the feat of not only rejuvenate one of the greatest classic games, but to add a little something fresh to it, and one hell of a fun soundtrack. 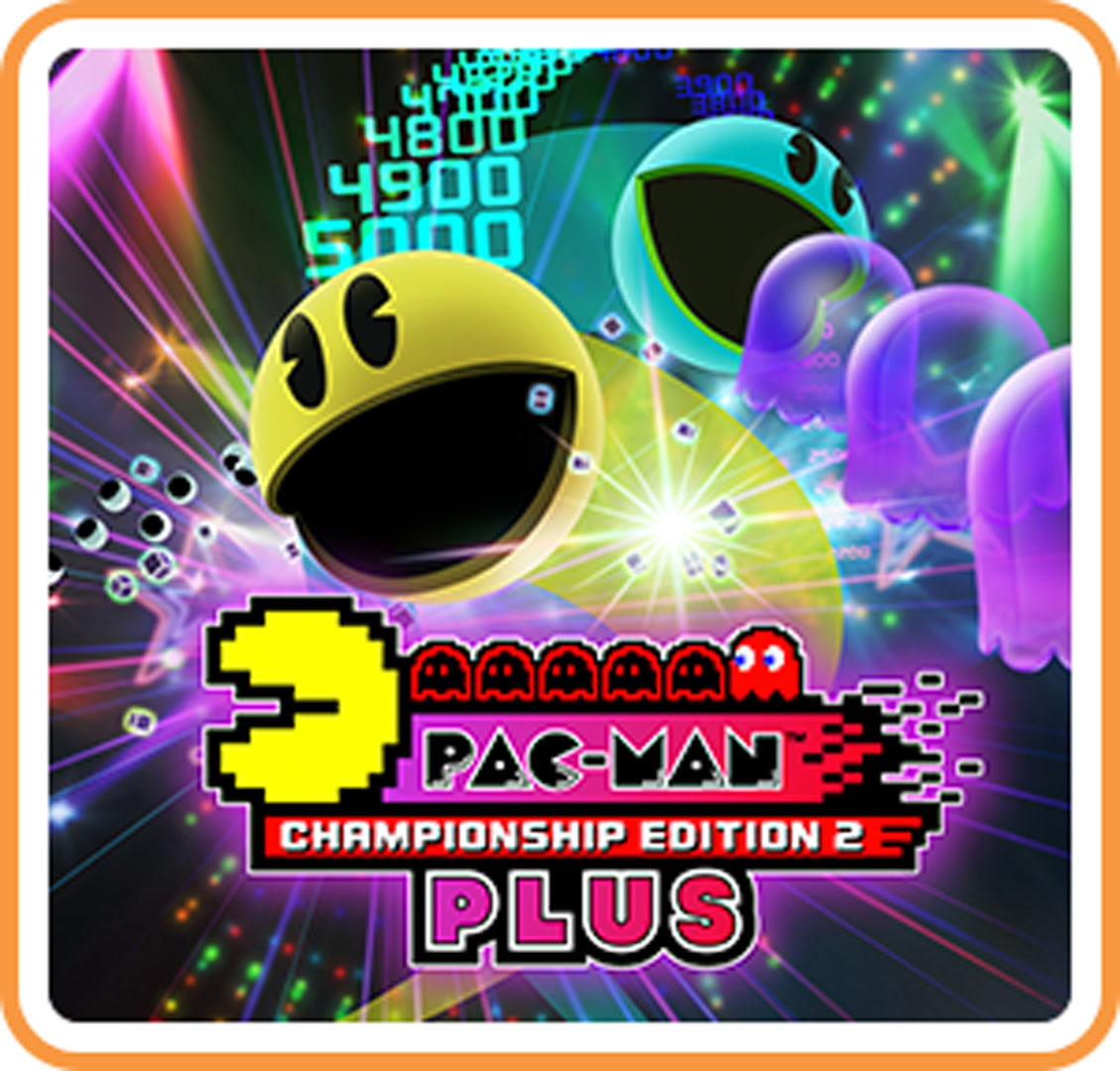