At the moment, it seems like every classic game is being given a remaster or full-on remake, as companies sell us nostalgia and the great titles of yesteryear in shinier trappings. At the same time, there are cult hits and underrated gems that are being remastered, giving these games a second day in court. In this instance, the cult hit in question is Outcast, a Belgian adventure title that came out back in 1999.

Outcast was praised at the time of its release, as it provided a sensation of freedom that was uncommon for games in that period. Players could explore Adelpha, an alien planet as crazy as it was complex. Two years before GTA III, the concept of open world did not exist yet, making Outcast an avant-garde title with its reputation system based on your actions. The icing on the cake was a French dub that had some big names in voiceover work, making it a very involving adventure that lasted almost 20 hours

The premise of the game isn’t really that mind-blowing: A bunch of scientists are messing about with dimensional travel and they end up getting sent to a weird and bizarre place. Lack of luck and a pretty nasty miscalculation jeopardizes the very existence of the planet Earth, which faces annihilation if the hero Cutter Slade cannot get his hands on an important lost material. Je is transported to the world of Adelpha, with a strange creature at his bedside, who instantly takes him for a sort of elected envoy of the gods. All his treasure is by the natives that he will have to help before being able to fulfill the mission. Cutter will then go to visit places like Shamazar, Motazaar or Okaar to help local people. Each region has a clean environment with its own jargon and the game is packed with information that adds to the built-in notebook.

Even by today’s standards, the execution is quite smooth hanks to many good ideas, such as a voice that tells you an object in range, the ability to scan an area to display a complete map of places or a fairly advanced dialogue system. For example, we can interrogate any passerby on a particular character present in the newspaper in order to locate him or her. It is also through dialogue that a large part of the game is solved, the fights can be avoided by being discreet or by using a certain talent for crisis management. In short, the gameplay of Outcast remains relevant in 2017, and this is also one of the reasons that prompted Appeal to make this remake, at the price of some concessions made to modernity.

The main overhaul of the game takes place on the graphics, the entire title has been redone, animations to models through the dialogue with non-player characters. However, there is one point on which the developers insist on each presentation: the fact that the original game runs in the background, with just a few changes in the behavior in combat and ballistics. And the result is bluffing. Of course it’s not the type of thing to drop jaws, but seeing all these decorations completely redone instantly tugs at the nostalgia heartstrings. Each place has a very strong visual identity and we can dare worry about the comparison with No Man’s Sky in terms of atmosphere on this foreign planet. For the rest, all the dialogues have been preserved and the interface has been reviewed to facilitate navigation among the hundreds of information that must be collected to become familiar with the habits and customs of Adelpha.

Outcast proposed innovative mechanics for the time and the majority of them remain quite fun and relevant in 2017. The AI ​​adopts surprising behaviors, the enemies have natural strategies, and they even show a tendency to hide or bypass the player in order to attack him as a group rather than alone. From the technical point of view, Second Contact is an example of a beautiful update that hopefully will give ideas to other publishers anxious to bring out the jewels stashed in the attic.

Outcast: Second Contact was reviewed using a PlayStation 4 downloadable code of the game provided by Big Ben Interactive. The game is also available on Xbox One 4 and PC via retail and online stores. We don’t discuss review scores with publishers or developers prior to the review being published.

Outcast: Second Contact, is a great throwback to a classic title that didn’t get nearly enough attention when it was first released. Unlike other remakes, the game has aged fairly well, and it’s clear that the game’s design was ahead of its time. It’s still got some rough edges, but it’s a great underrated classic, and it’s worth a spin 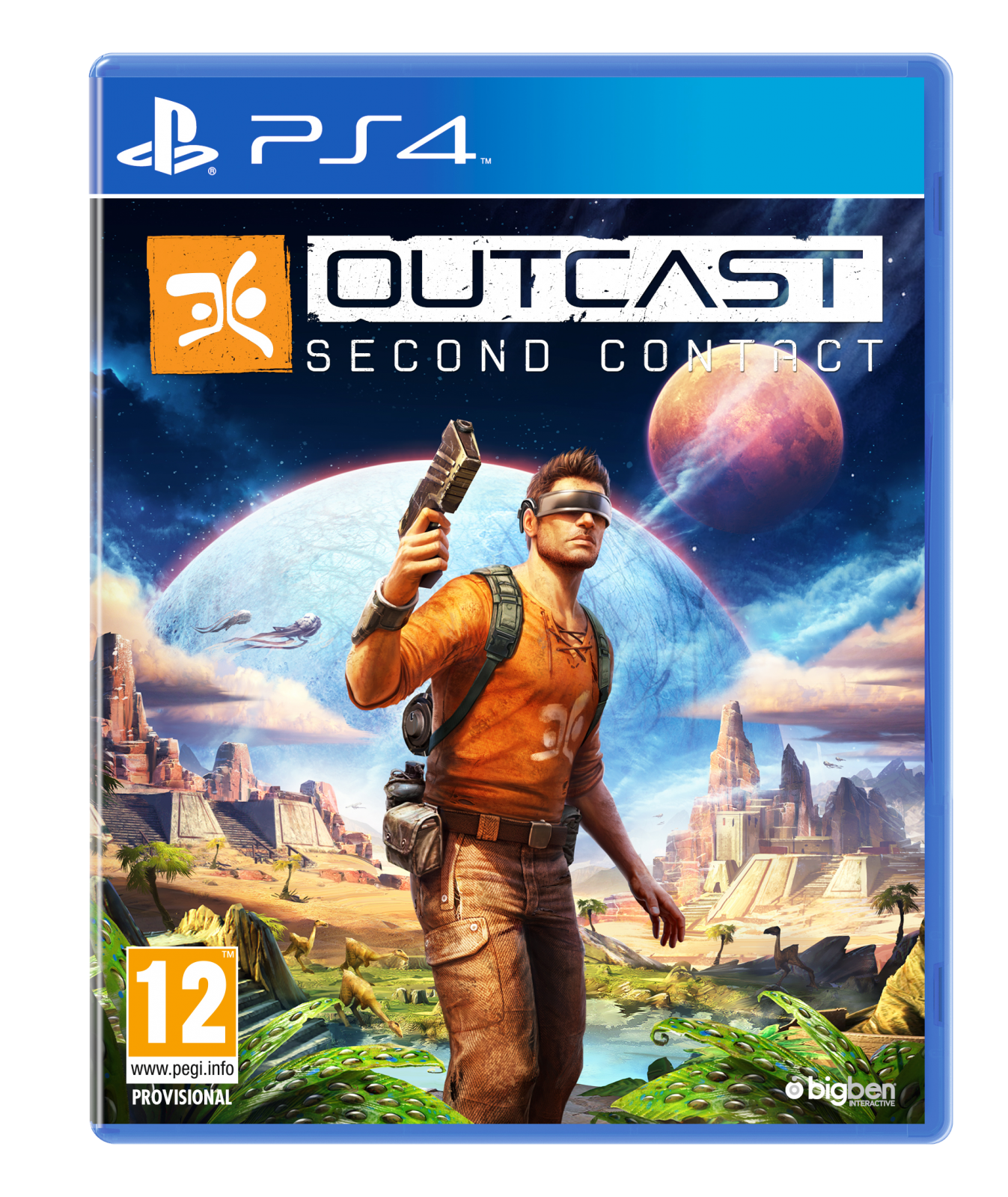