To be announced as the spiritual successor of the MotorStorm series inevitably aroused a big interest in me, especially since I was a big fan of the arcade racing game created by Evolution Studios. When you discover that the same core team is within the ranks of Codemasters, known for his driving simulation titles like Colin McRae, Dirt and the F1 series, it’s a fun surprise to see them return to a pure arcade experience. But can Onrush make an impact? Or the hype of the genre died out already?

When playing Onrush, you have to forget the clean pits of Formula 1, leaving aside the serious races that are taken for simulations. Here, we are in the purest form of delirium, with a color palette directly imported from the 1990s. Drivers are more insane than the others in term of design, with ridiculous but popular victory dances, almost like influenced by the latest offbeat tone of Fortnite.

Onrush has an interface that couldn’t be more simple: three section which is a sort of the traditional style in arcade games, including a “career” mode known as Superstar, quickplay, custom game and finally ranked (which will be coming soon). You’ll start with the Superstar mode, which is a series of “tournaments” which propose various events to compete in and rack up star points to unlock others, for a total of 6 at launch. In each event, you have to fulfill the more or less complex challenges and conditions to accumulate these stars, even if I would’ve liked a sort of difficulty progression as well, but it’s a great way to discover each of the game’s 6 vehicle class.

Classes you say? Yes, because Onrush is a weird blend of Overwatch class system blended in an arcade racing experience. Each vehicle class has original characteristics that will help you win races, and needs to be picked depending on the need. If you are more on the support and helper side, you will be heading towards a car that will steal the opponents’ boost like the Outlaw or, on the contrary, give it to your teammates with the Dynamo. Others are more on the offensive, with an increase in attack power, and abilities like leaving a fatal trail of fire behind them like the Blade. There is plenty to satisfy all styles and a switch to a certain class per respawn can make all the difference in his team if he uses the capabilities of his vehicle correctly.

So how do you actually attack vehicles? In Onrush, you play as a team of 5 vehicles against another, and your winning goal is different depending on the mode, but you always can get rid of the competition with a brute force no matter what. To destroy another vehicle, you have to either attack it on the side, or push it into a hazardous element, or double hit hard from other angles. This is easily achieved by using your boost, which gets recharged based on your styles such as near misses, big jumps or even tricks for those of you on motorcycles. The other way to get rid of the enemy is to properly use each vehicle’s secondary attack, like the Outlaw’s pound slam during its landing after a jump, or better when you use the Rush ability. The later is similar to an “ultimate” which builds up the more you use the boost, and is different per class, ranging from sending a bunch of obstacle walls in your trail, all the way to become a bulldozer plowing everyone in front of you in one simple hit.

Remember when we mentioned there are different race modes? If Onrush is no traditional racing game with the fact that you don’t race to a finish line, then it needs its own racing modes as well, or four of them to be precise. Starting with my personal favorite is Lockdown, which has a moving control point which needs as many of you to stay within its border for a certain amount of time to get one point. Countdown, on the other hand, is a race against the clock, where you can add valuable time by passing through gates. The third one is Switch, which has you all start as the first class one of the two first bikes, and with every defeat, you’ll lose switch points until you end up all playing as the final two classes. Finally, the last one is called Overdrive, which simply has you rank up points by boosting, relying on you to go crazy to have a steady amount of boost all the time.

The “collectors” in you will be able to have fun, as the game as numerous amounts of skins for the vehicles and the characters which are more or less rare and rely only on in-game currency. At each level of experience reached, a loot box is won and its opening meets the principles of the “roll of the dice” to acquire new “goodies” like Overwatch. All this, however, changes absolutely nothing to the performance at stake (and thankfully) it’s for fun and swaggering since you can’t buy in-game currency.

Despite small concerns, Onrsuh has enough qualities for arcade racing enthusiasts to be interested. But expectations may have been too high for Motorstorm’s prestigious past. Its success will probably be correlated to the fun it can generate if you have friends with whom to ride online. In this case, Onrush could even find a place in eSports if everyone fulfills its role properly. These roles are also highlighted at the end of the game, with the best player and some notable statistics.

Onrush was reviewed using an Xbox One digital download code provided by Codemasters. The game is also available on and PlayStation 4 via digital and retail store releases. We don’t discuss review scores with publishers or developers prior to the review being published (click here for more information about our review policy).

Onrush is a fast arcade racing game, which will have enough to please fans if it continuously offers free content and a solid ranked mode. There are some bugs that taint the picture, but they are acceptable, and hopefully, future patches will correct them and evolve the game so that we can continue to ride for a long time.

Review: Pac-Man Championship Edition 2+
Be the first to comment!
Leave a reply » 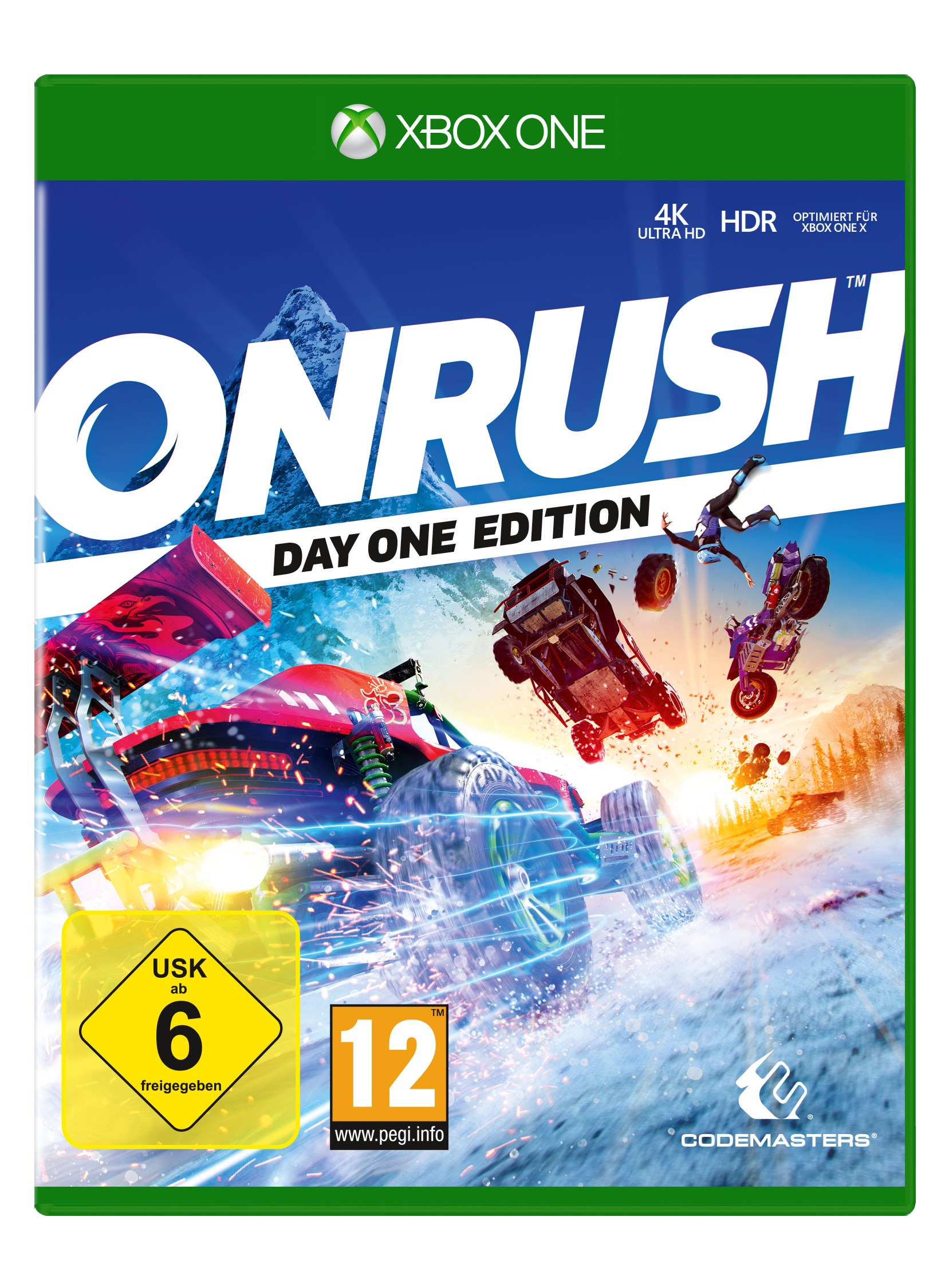