With every new iteration, the One Piece: Pirate Warriors franchise goes through some changes and sadly not always for the best. After trying to incorporate phases of the original game, the team at Omega Force – famous for their work on the Dynasty Warriors series – had chosen to refocus only on the basics, namely the muso formula applied to the One Piece universe. And so the third installment confirms the classical recipe works best, and since it’s finally out on the Nintendo Switch as a Deluxe Edition, I got the chance to review it.

If there is at least one thing that can not be blamed on this third episode, it is his fidelity to the original story from Eiichiro Oda. Because unlike its predecessor that revolved around a new scenario not linked to the series, One Piece: Pirate Warriors 3 marks the return to the franchise and original manga. The game will then take you through the very beginning of Luffy’s journey, with several of the story arches on the side, but an overall summary of the entire history of the manga. Fans will certainly be delighted to see that the title really tells the main highlights of the series, from the departure of Luffy from his home village of Fushia until his arrival on Dressrosa.

You are launched into the game with three attack buttons, a low and a medium, creating a multitude of combos, which can even be enriched by unlocking improvements, for a cool but repetitive end result as we send knock out hundreds of enemies. Once you have filled the special gauge, you activate it with the third hit button, which will fill your screen with an animated short cutscene and KO an impressive number of enemies. These attacks change according to the characters, which are about thirty in total. Suffice to say the fans will be thrilled, since all these heroes are from different episodes of the saga, and in general fans of Tecmo Koei and Omega Force will also like the traditional Musou experience.

If the game is a pure Muso, it still infuses a few extra features which are found in Hyrule Warriors, such as having you destroy parts of the map to progress. For this, many famous key plot scene of the franchise will emerge, including boss fights, which all often have a couple of requirements to achieve before fighting them. You can enjoy all this in an Adventure mode, but there is also enough to extend the lifespan with the Dream and Free Log mode, all previously released DLCs including extra character costumes.

While the game is not really new on the technical front – the original came out in 2015 – One Piece: Pirate Warriors 3 – Deluxe Edition better than I expected on the Nintendo Switch. While the docked/TV mode has some small framerate issues, it’s still better when compared to the PlayStation 3 version, with a higher resolution, enhanced viewing distance, and lighting effect. When playing the game on the go, the colors are shimmering, and the rendering is once again better than on the only portable original version which was the PlayStation Vita, with the same improvements as for the TV mode, and not a single framerate drop in the hours I’ve played. Finally, the main addition of this port, which could possibly justify its purchase for those that played it before on the PlayStation 3 is the ability to play in split-screen up to two players, each with a single Joy-Con. It’s great for quick sessions on the go, but note that the online multiplayer part of the game is gone in this version.

One Piece: Pirate Warriors 3 – Deluxe Edition was reviewed using a Nintendo Switch downloadable code of the full game provided by Bandai Namco Games. The game was previously available on PlayStation 3, PlayStation 4, PlayStation Vita and Microsoft Windows. We don’t discuss review scores with publishers or developers prior to the review being published (click here for more information about our review policy).

Remasted for the Nintendo Switch, One Piece: Pirate Warriors 3 - Deluxe Edition is a fun way to rediscover a solid Musou on the go with enhanced features. While it's not as large in content as Hyrule Warriors or Dragon Quest Heroes, it's a great experience especially if you're a fan of the One Piece Universe. 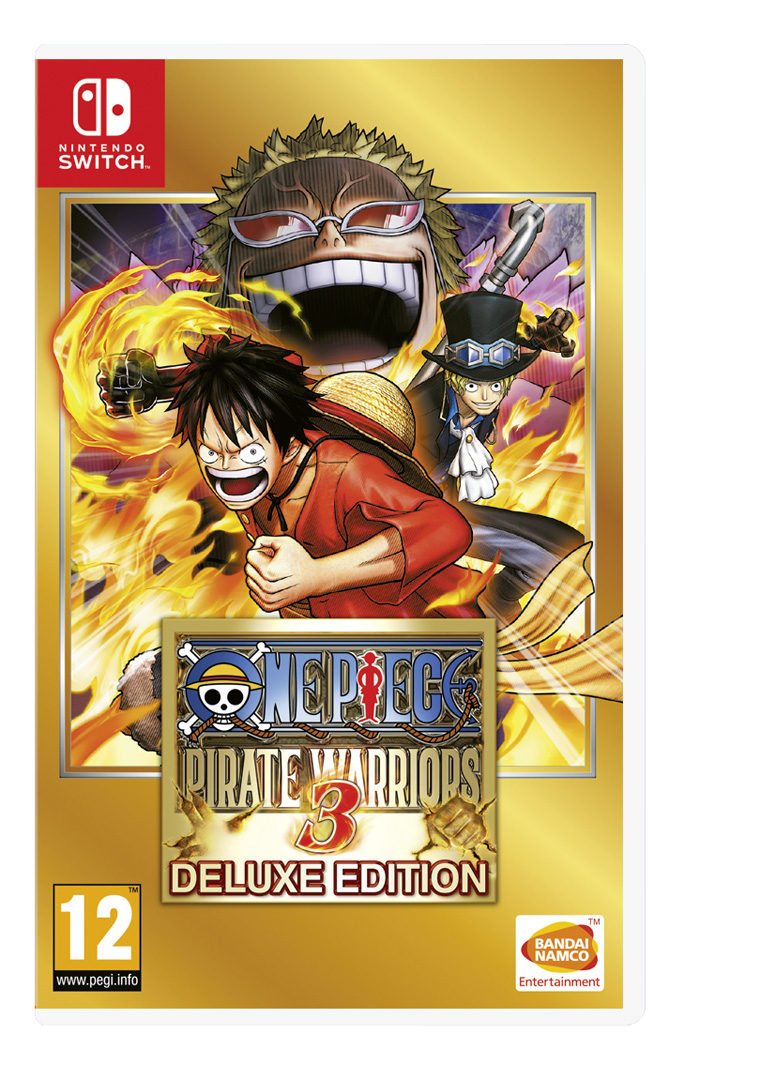