I wonder what the new game in the Gundam Breaker series is. It’s called…New Gundam Breaker. Well, the title is certainly accurate. For those of you who aren’t quite weeby enough, Gundam is a popular anime series that revolves around giant robots beating each other silly. While the series has pumped out nearly 80 videogame adaptations in Japan over the years, it’s fairly new in the West, and this is the first major Western release This new game (New like in the title) tries to switch things up a little bit. Let’s see how well that works out.

The main gist of the series is that you build and design robots in a process known as Gunpla (Gundam Plastic Model), so for all of you customization nerds out there, Gundam has you covered. Since this is 2018, props for letting people build and customize their machines without asking for microtransactions.

Of course, while they differ from most Western games in that they’ve ditched microtransaction, they stay right in line with most anime games by having a pretty familiar premise. You’re a bigshot Gundam designer, you go to an elite school for the best of the best, you form relationships with a bunch of people (mostly ladies who fawn over you or act cold but once they let their guard down make it clear that they too fawn for you) and you beat rivals, yadda yadda. While some anime games manage to flesh this out a little and make the story worth following, New Gundam Breaker does not feel pressured to do this. It’s very much phoned in, and if you’re expecting Persona, look elsewhere.

Fighting in the game is frenetic and fun, but it can get messy. It’s 3 v 3 combat where you need to collect items and level while also beating on other robots. It’s pretty familiar as well, and if you’ve played any Dissidia-esque brawler you have most of it down. Unfortunately, while there are tons of anime mech brawlers that run like butter, New Gundam Breaker gets slower than a French indie movie when the action really heats up (i.e. virtually always). This isn’t helped by the fact that you need fast reactions to get by.

Now, as I mentioned earlier, customization nerds will be plenty happy with the options on offer here, as there is no shortage of customization. Considering you can switch up the melee, ranged, frame, shield, toaster oven, etc. There’s a lot to mix and match here, and the system really rewards your dedication. It does require some grinding (anime game, so that’s a given). In terms of the UI and the customization system, the game also gets points for making things pretty intuitive. Mind you, I didn’t really spend that much time on this particular aspect of the game, especially considering the fact that I usually don’t like to worry too much about my particular build, instead preferring to cobble together something functional enough and swing for the fences. But in more difficult stages of the game (uneven difficulty curve, add that to the anime licensed game checklist), you really need to step up your game and put together a respectable build.

Online mode is a bit of a step up from the singleplayer, but it has its own share of technical shortcomings. On the whole, I think New Gundam Breaker’s biggest drawback would have to be how poorly it runs a lot of the time. At the time of writing, some patching has been done and it doesn’t seem as bad, but on the whole, it still has a ways to go.

New Gundam Breaker was reviewed using a PlayStation digital download code provided by Bandai Namco. We don’t discuss review scores with publishers or developers prior to the review being published (click here for more information about our review policy).

• Voice acting feels lackluster
• Puzzles are a bit too easy

While there’s plenty of the classic Gundam customization here and decent combat to let you try out your creations, New Gundam Breaker’s cookie cutter plot and serious performance issues hold it back. 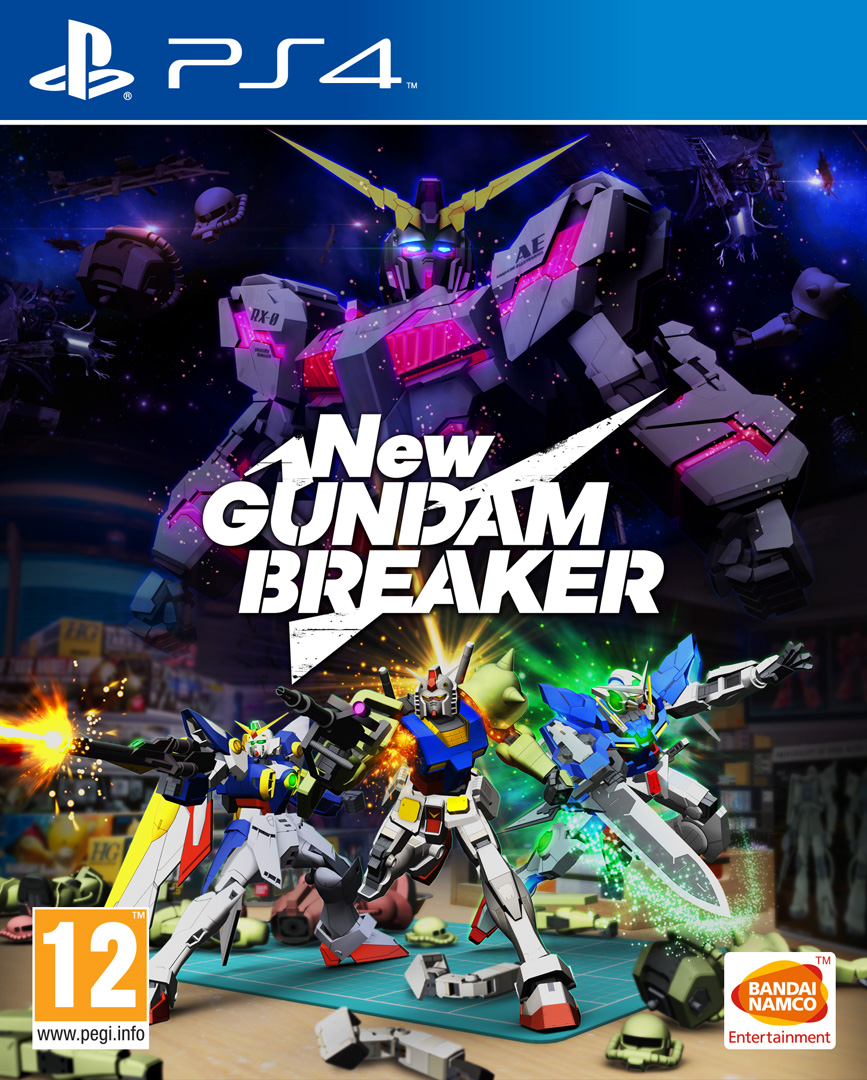